AppleInsider
Posted: March 12, 2021 7:27PM
in Mac Software edited March 2021
Adobe's Photoshop team says that transitioning the app over to Apple Silicon was initially intimidating but made easier thanks to Apple's "significant investment" in developer tools. 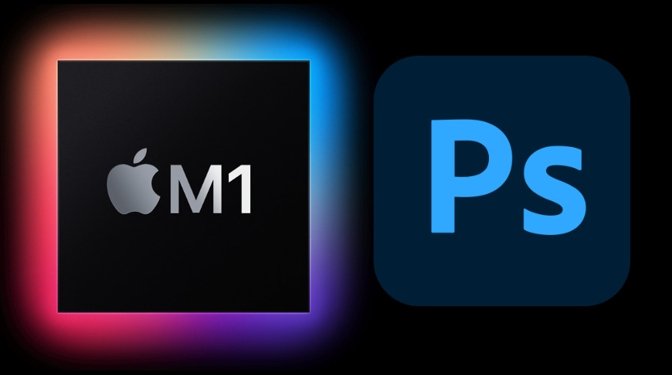 On Wednesday, Adobe officially updated Photoshop to run natively on the M1 chip. A couple of days later, Computer World spoke with Mark Dahm, the principal product manager for Photoshop, to get further details about the transition.

From the start, Dahm said that the initial scope of the project was "a little intimidating," since the team wanted to ensure that performance on Apple Silicon wasn't compromised in any way. However, since Photoshop existed through the Mac PowerPC to Intel transition, Dahm said there were some familiar considerations.

"Fortunately, Apple's Rosetta mode allowed Photoshop to run reliably and fast on M1 devices on day one, without requiring significant changes to the code base. And many features were running as fast, or even faster than on the previous systems, so those earlier questions about performance were being resolved quite satisfactorily," Dahm said.

The team wanted to go further than that, so re-factoring Photoshop to run natively was the "first step toward unlocking real performance gains from the hardware."

On that note, Dahm said the attention on the developer tool chain set the stage for a much more seamless transition. It allowed the team to spend more time fixing Photoshop code, and less time fighting with developer tools.

Partnering with Apple, Adobe's Photoshop team was able to implement optimizations that boosted the performance of the app's staple features -- such as Content Aware Fill, the healing brush, and specialized filters.

"This is only the beginning, and we look forward to bringing even more performance gains and Photoshop magic to life on the new Apple Silicon platform," Dahm said.

The Photoshop product manager also praised Apple's "significant investment in the developer toolchain and experience," adding that developing for M1 and future Apple Silicon chips should be a "smooth experience."

More than that, Dahm said the time and effort it took to recompile Photoshop was worth it because of the user-facing enhancements to both features and performance.

"We compared an M1 MacBook to a previous-generation MacBook similarly configured, and found that under native mode, Photoshop was running 50% faster than the older hardware," he said. "These great performance improvements are just the beginning, and we will continue to work together with Apple to further optimize performance over time."

Dahm added that both Photoshop and Lightroom are available as native M1 applications, and public betas are also available for Premiere Pro, Premiere Rush, and Adobe Audition. He said that more Creative Cloud updates should be coming down the road.