AppleInsider
Posted: March 16, 2021 2:54PM
in Future Apple Hardware
Apple is looking at expanding the functionality of HomeKit with new modular wall units to replace light switches that can provide granular control of devices and location sensing for items or electronics in a home. 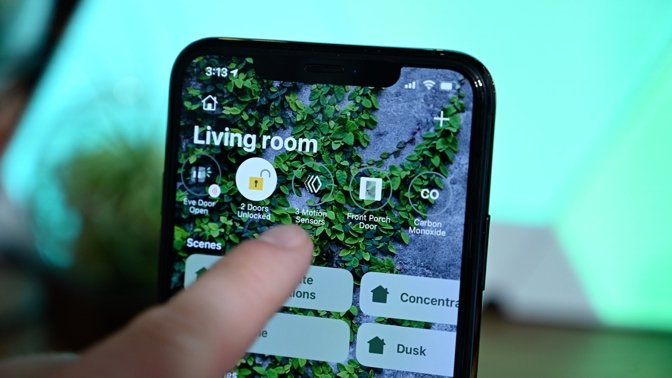 In a patent granted by the U.S. Patent and Trademark Office and titled "Modular wall unit system," Apple outlines a way that could allow consumers to "more easily customize, scale, and reconfigure their homes in a more effortless and user friendly manner."

The system centers on wall modules or fixtures that are controlled by processors and could be configured to transfer electrical power to items that a plugged into it. This unit would also include a communication module that could receive commands and send data.

At a basic level, this means that users will be able to turn a device on and off remotely, much like a smart plug. It doesn't necessarily have to be a power outlet either, as Apple notes that the unit could be a light switch, temperature control module, or another type of button. 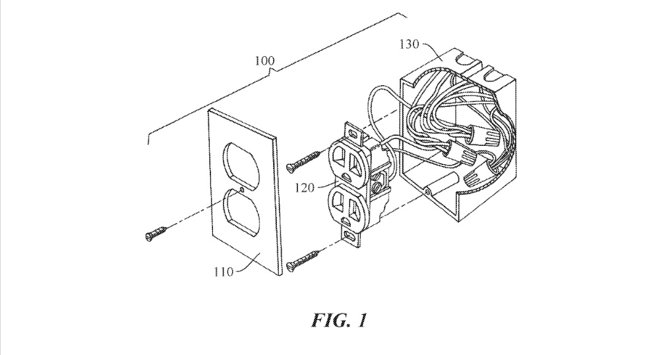 But the wall unit system could go far beyond a simple built-in smart plug. Apple notes the unit could include additional sensors or components, including an accelerometer for orientation, a magnetometer that could be used as a compass, and a self-orientation module that could use an antenna array to communicate with other units to calculate the angle of the arrival of communication to the device.

Additionally, there are other mechanisms that could be used to determine the location of nearby devices and the angle of received communications. Apple says that technologies such as radar, IEEE 802, ultrasonic communications, or Ultra Wideband (UWB) could be used.

The UWB integration could allow these wall unit modules to more precisely locate a device like an iPhone within a home. Recent models, like the iPhone 11 and iPhone 12 lineups, have UWB chips.

Integration with iPhone UWB could allow for granular control of smart home objects and much more precise in-home geolocation. It could also allow a user to take advantage of short-range and low-power data transfer. Apple notes that the system could even be used to generate a more accurate floor plan of a home. 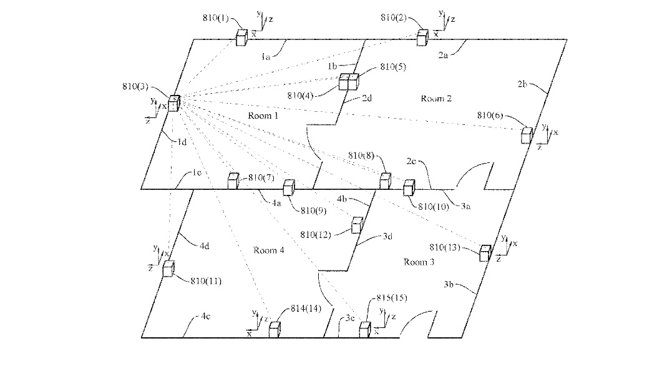 The patent lists Travis McQueen; Clark Della Silva; Scott G. Johnston; Wade Barnett; and Trevor McQueen as its inventors. Many of those inventors have also been named on HomeKit-related patents describing technology that could track users through a home, possibly to tailor temperature control or music playback.

Apple files numerous patent applications on a weekly basis, so patents are a poor indicator of when or if a particular feature or technology will actually make it to market.