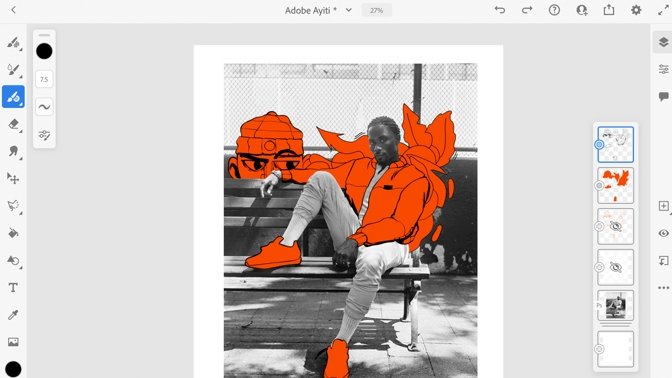 The plan includes a subscription to Adobe Photoshop on the iPad, Adobe Illustrator on the iPad, Adobe Fresco, and Adobe Spark Post. This enables creators to create, design, and share their creations from within the Adobe family of apps.

All apps are designed to work with the iPad and the Apple Pencil. Each app's interface has been redesigned and streamlined to suit a tablet setup.

The Adobe Design Mobile Bundle aims to bring the best of Adobe's apps to Apple's iPad at an affordable subscription, saving users up to 50% over existing plans. Pricing starts at $14.99 a month, or users can pay $149.99 for an annual subscription.

Adobe has been working diligently to bring its world-famous design apps to the iPad. In October of 2020, Adobe brought its vector-based design program, Illustrator, to the iPad.

A year earlier, Photoshop finally made its debut on the iPad, something Adobe and Apple fans had been demanding for a while.

In September of 2019, Adobe launched Adobe Fresco, a painting and drawing app seen as a response to Procreate, an existing and widely used app for iPad artists.