AppleInsider
Posted: March 31, 2021 1:25PM
in General Discussion edited March 2021
Apple has announced that more than 110 of its supply chain partners globally will switch to 100% renewable energy, a step toward its goal to become carbon neutral by 2030. 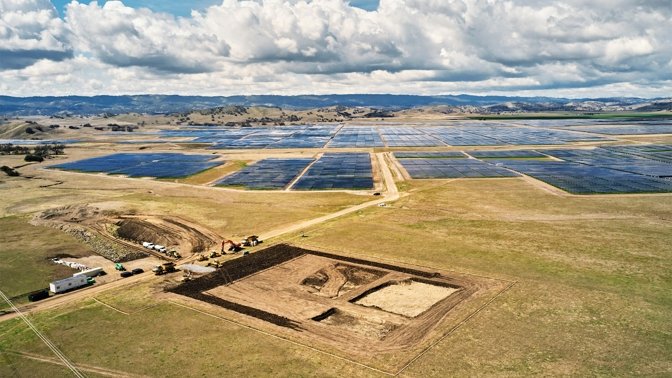 The Apple manufacturing partners will move to clean energy for their Apple product. They plan to bring 8 gigawatts of renewable energy online, commitments that will avoid over 15 million metric tons of CO2e annually, the Cupertino tech giant said Tuesday.

In addition to the manufacturing partner commitments, Apple also said that it is investing directly into renewable energy projects to cover upstream emissions and an energy storage pilot project in California.

"We are firmly committed to helping our suppliers become carbon neutral by 2030 and are thrilled that companies who've joined us span industries and countries around the world, including Germany, China, the US, India, and France," said Lisa Jackson, Apple's vice president for Environment, Policy, and Social Initiatives.

Some of Apple's global energy projects include wind power purchase agreements in the Netherlands via partner DSM Engineering Materials and a solar carport established by STMicroelectronics in Morocco.

In the U.S., supply chain partners Alpha and Omega Semiconductor, Marian, The Chemours Company, and Trinseo have recently committed to Apple's carbon neutral goal. That's in addition to 15 suppliers based in China.

Apple is also constructing one of the largest battery projects in the U.S., dubbed California Flats. The company says it's a grid-scale energy storage project that will be able to store 240 megawatts of energy -- enough to power more than 7,000 homes for one day.

That battery project will support the company's existing 130-megawatt solar farm in California, which provides all of Apple's renewable energy in the state.

Back in July 2020, Apple announced that it plans to become 100% carbon neutral across all aspects of its business by 2030, including its supply chain. As of March 31, Apple says it has decreased its carbon footprint by 40% and has avoided more than 15 million metric tons of emissions.

"In a year like no other, Apple continued to work with a global network of colleagues, companies, and advocates to help make our environmental efforts and everything we do a force for good in people's lives -- and to work alongside the communities most impacted by climate change," Apple VP Jackson said.