AppleInsider
Posted: April 5, 2021 10:03PM
in General Discussion
The Colorado House Business Affairs & Labor committee in March shot down a so-called "right to repair" bill that would have forced companies like Apple to allow users to fix their own devices without voiding warranty. 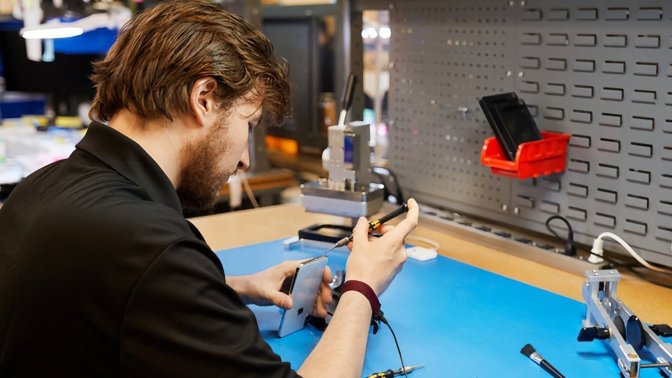 Colorado legislators convened to discuss the proposed law on March 25, reports Vice. Despite a gathering of business leaders, disabled right to repair advocates, and a 9-year-old environmental activist, the bill (PDF link) failed to pass.

The bill itself was short on detail, but did paint in broad strokes the rights consumers should have when it comes to repairing purchased equipment.

"For the purpose of providing services for digital electronic equipment sold or used in this state, an original equipment manufacturer shall, with fair and reasonable terms and cost, make available to an independent repair provider or owner of the manufacturer's equipment any documentation, parts, embedded software, firmware, or tools that are intended for use with the digital electronic equipment, including updates to documentation, information, or embedded software," the proposal said.

A lone member of the committee voted in favor of the proposal, with 12 voting to indefinitely postpone a vote, the report said. Those who voted against said the bill was too broad and left key questions unanswered.

Committee members raised concerns commonly cited by companies as reasons to not adopt right to repair policies. For example, legislators brought up safety issues related to fires caused by the improper installation of batteries. Separately, Shannon Bird (D) used Apple's software licensing policy as an example of the authority companies have over the use of their products, arguing against claims that strict repair regulations amount to an industry monopoly.

"Apple Music is different than purchasing a CD," Bird said. "I have a hard time believing that we would call it Apple having a monopoly on its own product."

Others combined the issue with the wider smartphone market, saying right to repair would result in higher handset costs, the report said.

Public testimony included statements from wheelchair users who have been negatively impacted by manufacturer rules restricting third-party repairs, and a 9-year-old environmentalist who argued against "use and replace" practices.

Apple is aggressively lobbying against right to repair initiatives that have popped up across the U.S., maintaining that authorized servicing of its products is important for customer safety and environmental sustainability.