AppleInsider
Posted: April 8, 2021 4:47PM
in General Discussion
Samsung is beating Apple's "AirTags" to market, with the Galaxy SmartTag Plus that includes precise Ultra Wideband tracking and will launch on April 16 for $39.99. 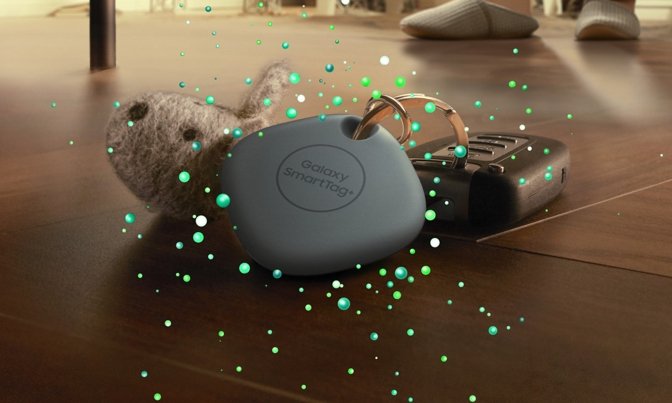 The Galaxy SmartTag Plus is an upgraded version of the company's $29.99 tracking tag that it launched in January. At the time, the company also that teased the updated UWB-equipped version would be coming later in 2021.

To be able to use the UWB capabilities, users will be a compatible Samsung device like a Galaxy Note 20 Ultra, Galaxy S21 Plus, Galaxy S21 Ultra, or Galaxy Z Fold 2. Users will be able to get much more accurate location information with the UWB support, and Samsung has also included some augmented reality features for easier locating.

Compared to standard Bluetooth-based item tracking, UWB will allow for much more accurate and precise location information -- particularly if used indoors. Beyond UWB support, the SmartTag Plus works pretty much the same way as its cheaper counterpart. Like Apple's Find My network, users will be able to leverage Galaxy devices to help track missing objects.

Apple is thought to be working on its own UWB tracking tag under the "AirTags" moniker. That device is expected to support ARKit features and tight integration with the Find My app. Although an exact release date isn't clear, it's likely that Apple will announce the product sometime in the first half of 2021.

Earlier in April, Apple also debuted third-party support for its Find My app, letting users track devices like Chopolo tags and VanMoof electric bikes in the Items tab of the app.