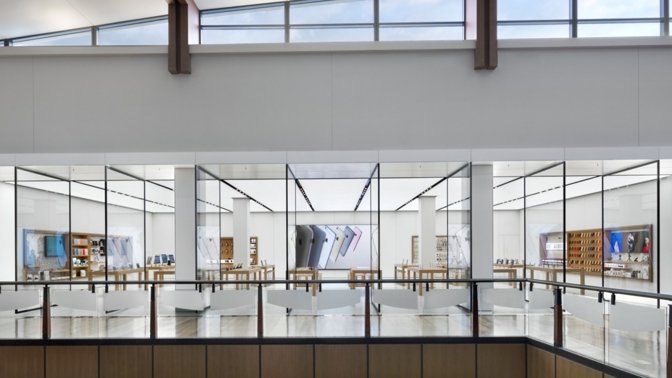 Congressman Matt Gaetz, a Republican from Florida, is reportedly under investigation by the Justice Department. According to The New York Times, evidence in the investigation has included Gaetz's Apple Pay payments.

Per the newspaper, Gaetz and former Seminole County tax collector Joel Greenberg are part of a federal probe "focusing on their involvement with multiple women who were recruited online for sex and received cash payments." The Apple Pay payments, the Times said, "show payments from Mr. Gaetz and Mr. Greenberg to one of the women, and a payment from Mr. Greenberg to a second woman." Gaetz has denied any wrongdoing.

A report by The Daily Beast -- illustrated with a photograph of Gaetz holding up an iPhone -- revealed the existence of text messages pointing at possible wrongdoing by the Congressman. And CNN reported that Gaetz had made a practice of showing fellow lawmakers nude photographs of women on his phone.

A 22-year-old man was arrested for firing a shot inside the West County Mall near St. Louis, with the shooting taking place near the mall's Apple Store. According to KDSK, the shots followed a physical altercation, during which a Glock fell out of the man's bag. No one was injured in the incident.

KMOV reported that investigators found bullet fragments outside of the Apple Store.

A man in Wisconsin was arrested after police responded to a domestic violence call. In the ensuing scuffle with the officers, police said, the man slammed his own head into a structure, and damaged an officer's Apple Watch.

The Journal Times reports the man was charged with a felony count of threat to a law enforcement officer and misdemeanor counts of resisting an officer and disorderly conduct.

There have multiple stories in the news in March and April about iPhone and iCloud evidence leading to the arrest of accused participants in the January 6 Capitol riot.

A Washington Post overview of the many ways tech giants have helped law enforcement catch the rioters told the story of Apple giving investigators one man's iCloud account details. These include "his home address, log-in information and the registration dates for his iPhone 7 and MacBook Air."

However, while Google and Facebook have provided "detailed location data" in the cases, Apple has not, per documents reviewed by the Post.

The Daily Mail reported about the cases of two men who were arrested for their part in the riot. They deleted photos and videos they had taken -- at one point declaring they were "in the White House" rather than the Capitol -- but they had backed up the files to iCloud.

According to The Times Leader, a Pennsylvania woman was arrested on several charges related to the Capitol riot. Among many messages recovered from the woman's social media were one from her father warning her to "Stay off the clouds!" meaning to disable backups to iCloud.

However, the woman posted several videos inside the Capitol to Facebook, and others posted photos and videos of her.

Authorities in Brazil say they used the Israeli software Cellebrite Premium to recover iPhone messages, which led to a pair of arrests in a high-profile murder.

The Portuguese-language media outlet Globo.com reports the recovered conversations implicate the mother and stepfather of Henry Borel in his death. Both have been arrested; the stepfather is an elected councilor in Rio de Janeiro.

Photographs of the text messages were published by the site, making clear they were taken from an iPhone.

It wasn't connected to January 6, but authorities are looking into the background of a Wisconsin man who was charged in March with shooting paintballs at soldiers at an area Army facility. An FBI special agent has filed for a search warrant seeking to review the man's iPhone, as well as three memory cards and a digital camera.

According to Fox 6, the man is a QAnon believer who has threatened to cause a "mass casualty" event should he be released.

A woman who parked her car outside the New York Stock Exchange in Lower Manhattan returned to her car to find multiple Apple items missing. According to The Tribeca Tribune, the stolen items included two iPhones and an Apple Watch, as well as an HP laptop and two Indian passports.

A California man arrested in late March for stealing a backhoe tractor and driving it through downtown Monterey is also suspected of taking an iPad in a separate burglary.

The Monterey Herald says the man had apparently stolen the tractor from a construction site. For that, he was arrested on suspicion of obstructing a police officer and driving under the influence of narcotics.

Gary Lineker, former soccer player and host of the BBC football program Match of the Day, complained on Twitter in late March about the theft of his iPhone. However, a man at his house fixing his television told Lineker about "Find My iPhone," leading him to find it at a nearby park bench, per The Express.