AppleInsider
Posted: April 11, 2021 9:49PM
in iPhone
An alleged "misprint" iPhone 11 Pro that was apparently sold for $2,700 has surfaced in a tweet, with images showing the Apple logo on the back of the iPhone wasn't positioned correctly. 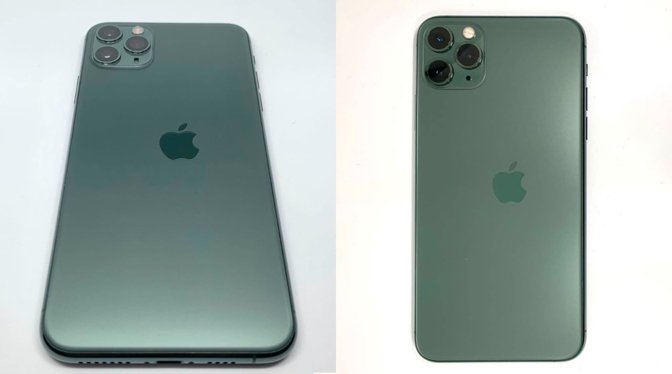 Posted to Twitter on Friday by "Internal Archive," the images depict the back of an iPhone 11 Pro from two viewpoints, with one angled upwards from the base while the other is a flat top-down view. The second image is shown alongside an edited version to highlight the "misprint."

The defect is in the positioning and the angle of the Apple logo, which usually sits in the center of the back panel. In this case, the logo is off-center to the right, as well as slightly angled anticlockwise. If genuine, it's feasible this was a manufacturing error where the panel wasn't seated properly in a machine before the logo was applied to the device.

A misprint iPhone 11 Pro that sold for 2700$. This misprint is extremely rare- I'd say 1 in 100 million or possibly even rarer. pic.twitter.com/68F7giZAbm

While there's usually some form of evidence accompanying such images to convince viewers they are real, there is very little extra information provided by the Twitter account. Estimating it to be an "extremely rare" misprint at a "1 in 100 million" chance of happening, it is further claimed the device managed to get through Apple's rigorous quality assurance processes and actually shipped to a customer.

It is unclear when and how the misprinted iPhone was sold for $2,700.

While the account is relatively unknown and not highly followed, it seems plausible that the images could be genuine. The anonymous account has repeatedly posted images of prototype devices in the past, and though extremely rare, mistakes do occasionally slip through into consumer hands.