'Spring Loaded' event to focus on iPads with a 'few surprises,' analyst says

AppleInsider
Posted: April 19, 2021 3:30PM
in AAPL Investors
Investment bank Wedbush is expecting the "Spring Loaded" Apple Event to focus on iPad models but says that "a few surprises" could also be in the works. 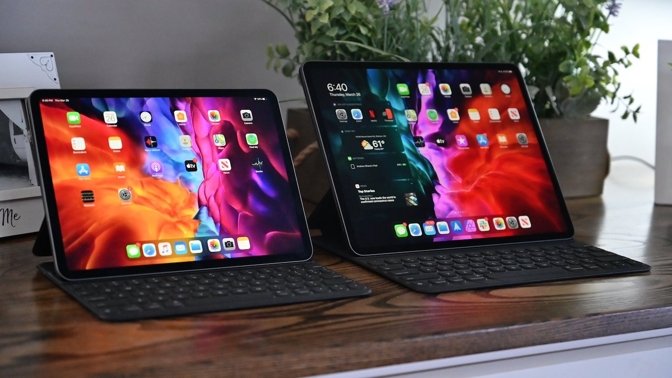 In a note to investors seen by AppleInsider, lead analyst Daniel Ives says that the April 20 announcement event will kick off a significant product refresh year for Apple.

Ives expects the main focus to be iPad models, and specifically updates to the iPad Pro, iPad mini, and low-cost iPad lineups. He believes that the most significant changes will come to the 11-inch iPad Pro and the 12.9-inch iPad Pro.

The analyst believes that the current work-from-home and remote education environment has allowed Apple to see a "major renaissance" of growth for the iPad lineup. He believes there's still pent-up demand for iPads since only about 40% of users have upgraded their tablets in the past year.

In addition to the iPad launches, the analyst says that Apple could unveil a few surprise products during the event. That could include new colorful iMac versions, an updated Apple Pencil, or the long-awaited "AirTags" tracking devices.

Although there's the possibility that Apple could give some hints about an upcoming "AirPods 3" model, Ives says that the launch will likely take place at a separate event in early summer.

"Taking a step back, we believe Apple is still in the middle innings of its biggest product cycle year ever across iMacs, iPads, AirPods, Apple Watch, and of course the iPhone 12 supercycle which is set to be followed by the iPhone 13 unveil this Fall," Ives writes.

The analyst also says that Asia supply chain checks indicate build numbers in the 100 million range, compared to initial iPhone 12 reads at 80 million units. That would represent a 25% increase year-over-year. Altogether, he believes the outlook paints a picture of growth that could extend into 2022, despite current supply constraints related to semiconductor shortages.

"While chip shortages linger, we believe Apple has a yellow brick road of growth ahead led by its iPhone supercycle and new product launches across its entire hardware ecosystem," the analyst writes.

Ives is maintaining Apple as a top pick and is keeping his 12-month AAPL price target of $175. That's based on a sum-of-the-parts valuation on Wedbush's 2022 estimates, including a 16x multiple on Apple's Services at $1.2 trillion and a 7x multiple on Apple's hardware business at $1.9 trillion.