AppleInsider
Posted: April 20, 2021 3:02PM
in Future Apple Hardware
The Ikea Studio app allows users to place furniture in their rooms with the iPhone, but the developers state that it's actually designed to work with "Apple Glass." 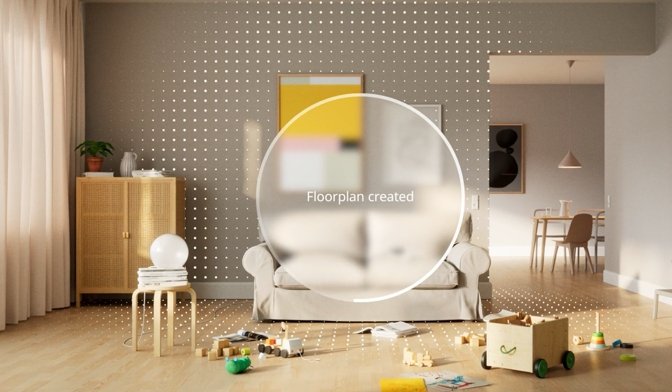 Ikea Studio is an app that can be used to place digital representations of furniture into a physical room. This allows a person to get an accurate idea of how furniture will look in their house before committing to spending any money.

The app, currently available only in TestFlight, relies on the LiDAR sensors in an iPhone. It allows users to capture complete 3D room plans -- including windows and doors -- and enables you to place select Ikea items into your room. Not only can you add furniture, but you can change your wall colors, place decorations and art, and export your design to share with others.

This is undoubtedly a boon to companies like Ikea, as it was discovered that customers who use AR tools were 11 times more likely to make a purchase. On average, customers who purchase items after viewing them in AR are 22% less likely to return them.

Ikea Studio is a project born from a partnership between the Swedish furniture giant and SPACE10, a research and design lab based in Copenhagen.

And while the app is suited to work just fine on the iPhone, SPACE10 told Wired that the revamp is leading up toward something special: the eventual release of "Apple Glass."

"While we have developed what is right now a mobile application, we've also been interested in what devices like glasses might be able to do for this technology," Tommy Campbell, the digital design lead at SPACE10, told Wired. "So we've made very deliberate decisions to paint the vision of Studio as one that can exist on both the smartphone or in a glasses-like setting. We've also used a new renderer reality kit from Apple that lets us achieve a level of detail on these models that hasn't been seen before in IKEA's AR portfolio."

While Ikea and SPACE10 are currently all-in on Apple, they aren't entirely boxing out other platforms, either.

"Chrome and Safari and Mozilla are all playing around with web AR experiences," Campbell pointed out. "Could that be the next platform? Instead of developing an iOS or Android app, can we have a web experience for Studio that would work for everyone?"

In November of 2020, Apple AR executives discussed Apple's plans for augmented reality, why LiDAR has made its way to the iPhone, and why the iPhone could be the future of AR.

They believe that it has enormous potential to be helpful to a wide range of people and think that including AR in devices people already use -- such as an iPhone -- is a great way to spur innovation.

Tim Cook is also bullish on AR, and has been for quite some time. In 2016, he stated that Apple was investing in AR, and that the platform holds great potential.

In September of 2020, he stated that he believed augmented reality was likely going to bypass virtual reality in terms of practicality, adding, "there's no substitute for human contact, and so you want the technology to encourage that."