App Tracking Transparency option not available for some iOS 14.5 users

AppleInsider
Posted: April 27, 2021 1:55AM
in iOS edited April 27
Users on Monday reported that Apple's App Tracking Transparency feature, enabled with the release of iOS 14.5, is not functioning as intended, disallowing some from permitting app requests to track. 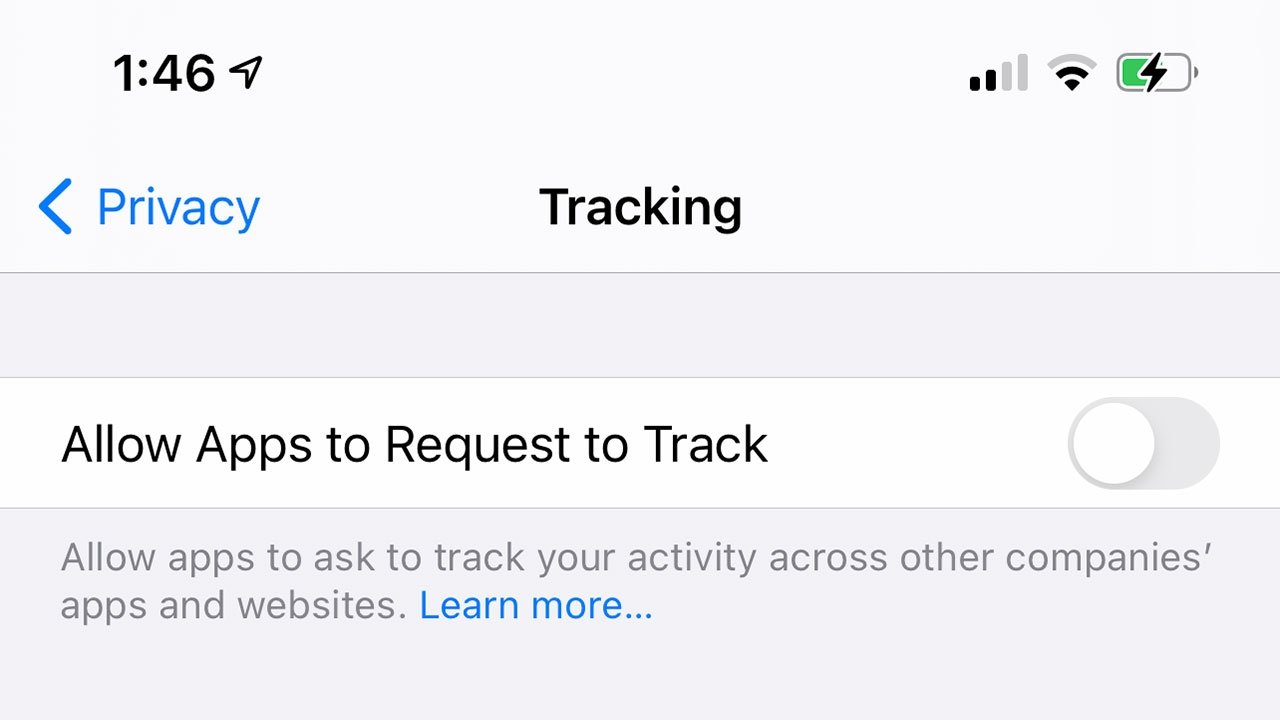 Apple on Monday released iOS 14.5 with a new feature that grants greater control over third-party ad tracking capabilities, but the functionality is not available for some users, according to accounts posted to various social media outlets.

Specifically, the "Allow Apps to Request to Track" selection in system settings is currently unavailable and cannot be manipulated. Instead of allowing users to toggle the accompanying radio button, the option is deactivated and grayed out.

Available in previous versions of iOS, "Allow Apps to Request to Track" is App Tracking Transparency's nuclear option. When deactivated, no apps can utilize a user's identification for advertisers. Users can, however, elect to permit tracking, which triggers a pop-up notification to display when first opening an app. The notices are now required under App Tracking Transparency guidelines.

It is unclear why the setting is not working for certain users, but 9to5Mac sources claim the option is off by default on devices provisioned to Apple ID accounts whose holders are under the age of 18. It is also unavailable on certain MDM profiles. Those who are experiencing the issue do not appear to fit into either category.

Those impacted by the situation will, by default, be opted out of all ad tracking.