Hands on with Nomad's new Base Station Mini wireless charger

AppleInsider
Posted: April 27, 2021 1:07PM
in iPhone edited April 27
Nomad has released a new model of its popular Base Station lineup, this time a solo wireless charging pad. We go hands on for the device's launch. 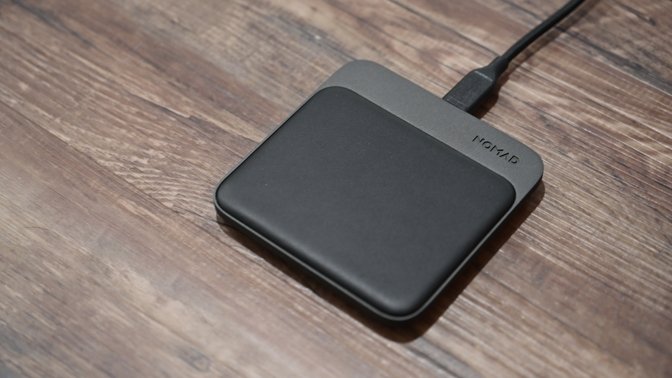 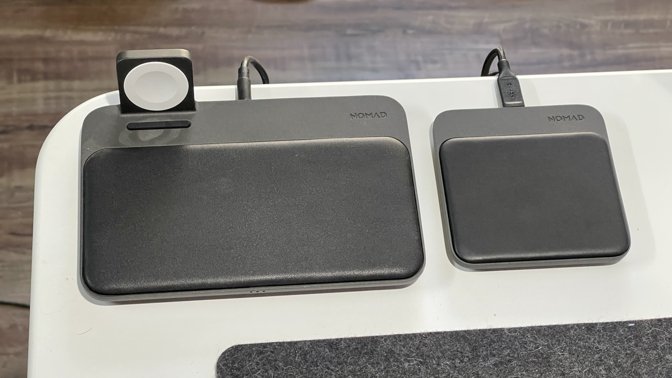 The frame is a metal aluminum alloy with a leather charging surface on top to protect your device when placed. A small Nomad logo is engraved into the top-right corner. To elongated silicone strips are placed on the underside to help keep it in place on your nightstand or desk. 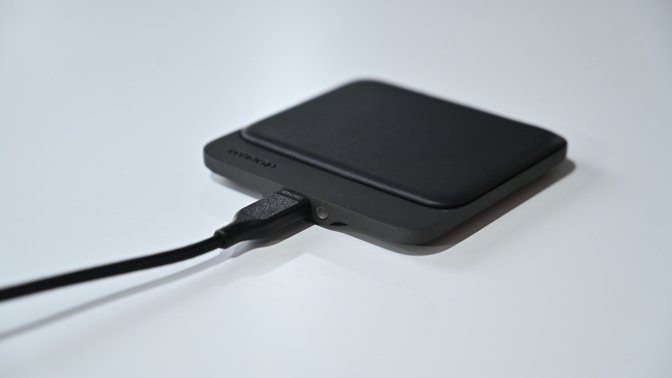 Around the back of the Base Station Mini is a sole USB-C port for power which is situated next to an ambient light sensor. When the room is dim or entirely dark, the front-facing status LED is automatically dimmed as to not be a disturbance. We've seen this on other Nomad chargers and is one of our favorite little features.

Nomad includes a long, two-meter braided USB-C cable in the box though it doesn't include the requisite power adapter. You're left to provide a USB-C brick on your own, though the company is introducing one of its own at the same time.

You can pick up the new 20W USB-C power adapter for $18.95 which is very small and compact. Nomad's option isn't bad at all, but it is still a bit disappointing that a charger doesn't have a charger in the box.

Additionally, Nomad's own 20W USB-C power brick will only provide up to 10W of wireless charging on supported devices. If you want the maximum 15W of power, you will need a non-Nomad 30W power brick. Nomad doesn't even offer a charger that will output that speed. 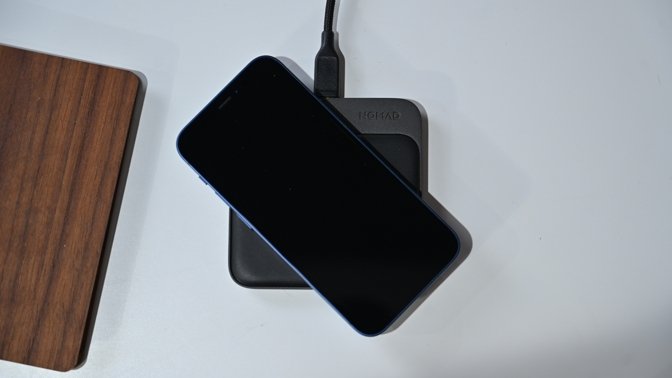 iPhone 12 mini on Base Station Mini

Users are left shelling out a good sum for the wireless charging pad then spending more to actually enable the charger to work. Many users are still making the move to UBS-C and may not have one handy. For iPhone users, Apple limits wireless charging to 7.5W so a 20W charger will be sufficient.

The Base Station Mini is just wider than our iPhone 12 Pro Max and easily holds Apple's largest phone as well as its smallest. The iPhone 12 mini also fits just right though the camera bump does hit the edge of the charger and works better placed sideways unless you have a case. 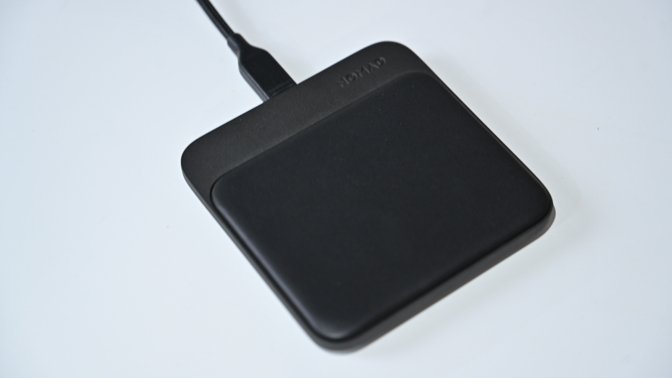 Should you buy the Nomad Base Station Mini?

We're a little torn on the Base Station Mini. It is a wonderful little charger, operates very well, has a high charging speed on compatible phones, and looks fantastic. Borderline cute-looking with its small size. We vastly prefer this to most solo wireless charging pads.

At the same time, it does carry a weighty price tag compared to the competition, especially when you include a charging brick. We'd lean towards possibly spending a few bucks more and opting for one of Nomad's multi-device chargers that are outfitted with additional USB outputs or an Apple Watch mount.