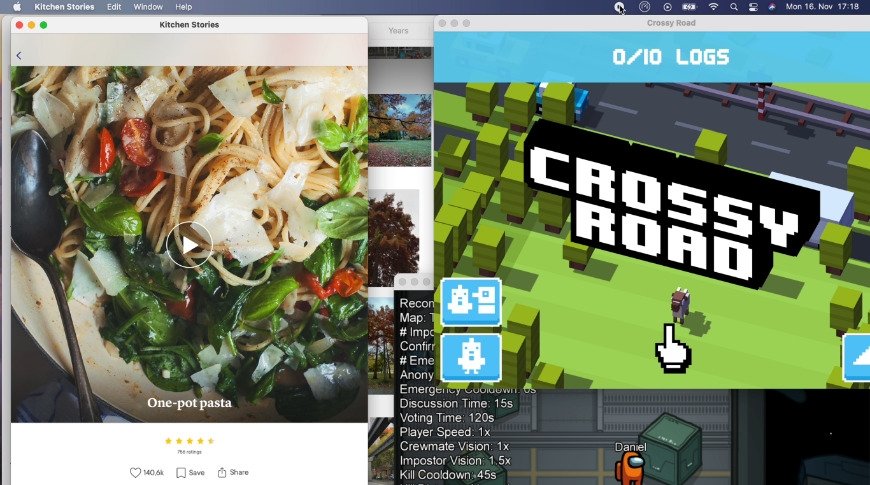 Thanks to Apple's full stack development efforts, Macs equipped with M1 chips are able to natively run iOS and iPadOS apps. However, as apps designed for those operating systems assume touch inputs, navigating them can be finicky on a Mac without a touchscreen.

For example, Touch Alternatives allows users to perform gestures like tilting, tapping, and swiping on a Mac's keyboard and trackpad. Mac users will also be able to emulate game controller-like actions on iPhone and iPad games that support game controllers.

Users can enable Touch Alternatives by tapping on the name of an app in the top menu bar and clicking on Preferences.

As Apple notes, Apple Silicon Mac owners will also be able to switch between portrait and landscape orientations when running iOS or iPadOS apps.

Although most iPhone and iPad apps will be available on Macs, some won't appear in App Store searches because they require a feature exclusive to the iPhone or iPad. Developers can also make their apps unavailable on Mac. To see a list of compatible mobile apps, users can click the "iPhone & iPad Apps" filter at the top of the search results.