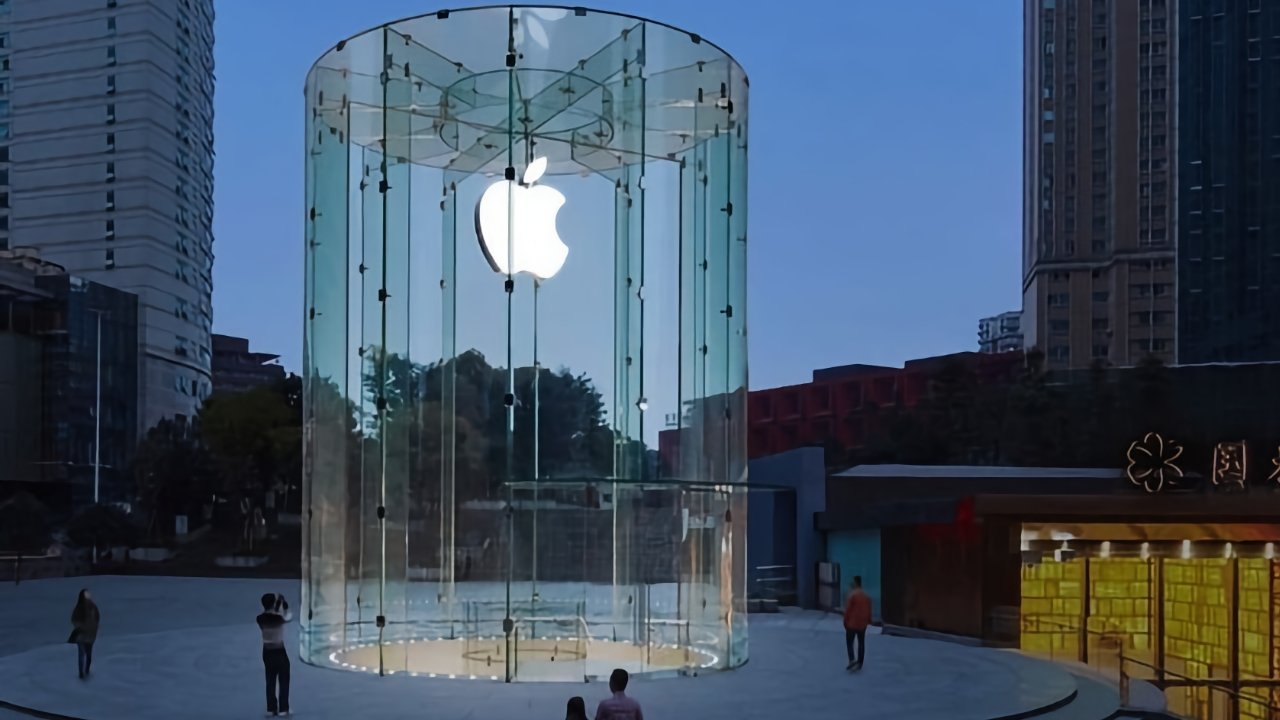 During its latest earnings call, Apple has announced dramatically increased revenues from Greater China for the three months ending March, 2021. At 87.5% year-on-year, the percentage rise exceeds all other territories bar the rest of Asia Pacific.

"We were very pleased with our performance in China," said Tim Cook. "We set a March quarter revenue record and grew strong double digits across each of the product categories and so the revenue growth was."

"We've been especially pleased by the customer response in China to the iPhone 12 family," he continued. "And iPad [and], Mac have had an enormously positive quarters with great strength across the board. And we're seeing a strong reception to the new iPad Pro as well that we that we just announced there are a lot of a lot of great comments."

"About two thirds of people buying Mac and iPad," said Cook. "They're buying them for the first time. And so we're attracting some new customers in China, which is really important to us."

However, Cook stressed that the results came after COVID affected China last year. "You have to remember that China entered the shutdown phase earlier last year than our than other countries," he said, "and so that were relatively more effected in that quarter. That has to be taken into account as you look at the results."

He also said that the appeal of 5G in the iPhone 12 range was part of the reason China rose higher than other markets.

"You see in China, things have moved quickly to 5G," he said. "They're moving quickly in the United states, but a lot of the other regions are slower adopt, are slower to getting coverage in 5G." 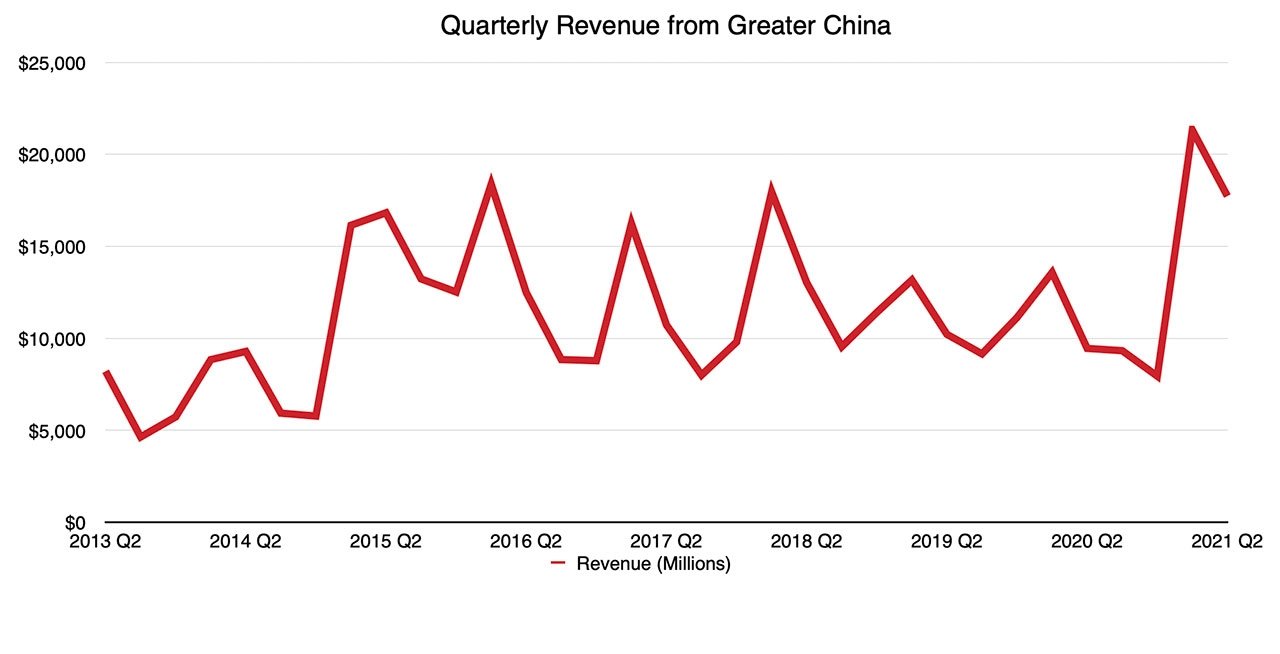 The rise equates to revenues from the region of $17.7 billion. This results follow Apple's highest quarterly revenue ever from China in Q1, 2021, where it saw $21 billion in revenue.