AppleInsider
Posted: May 7, 2021 6:59PM
in General Discussion edited May 7
Google has implemented a workaround allowing Roku users to access YouTube TV through the main YouTube app, escalating its contract battle with the set-top streaming company. 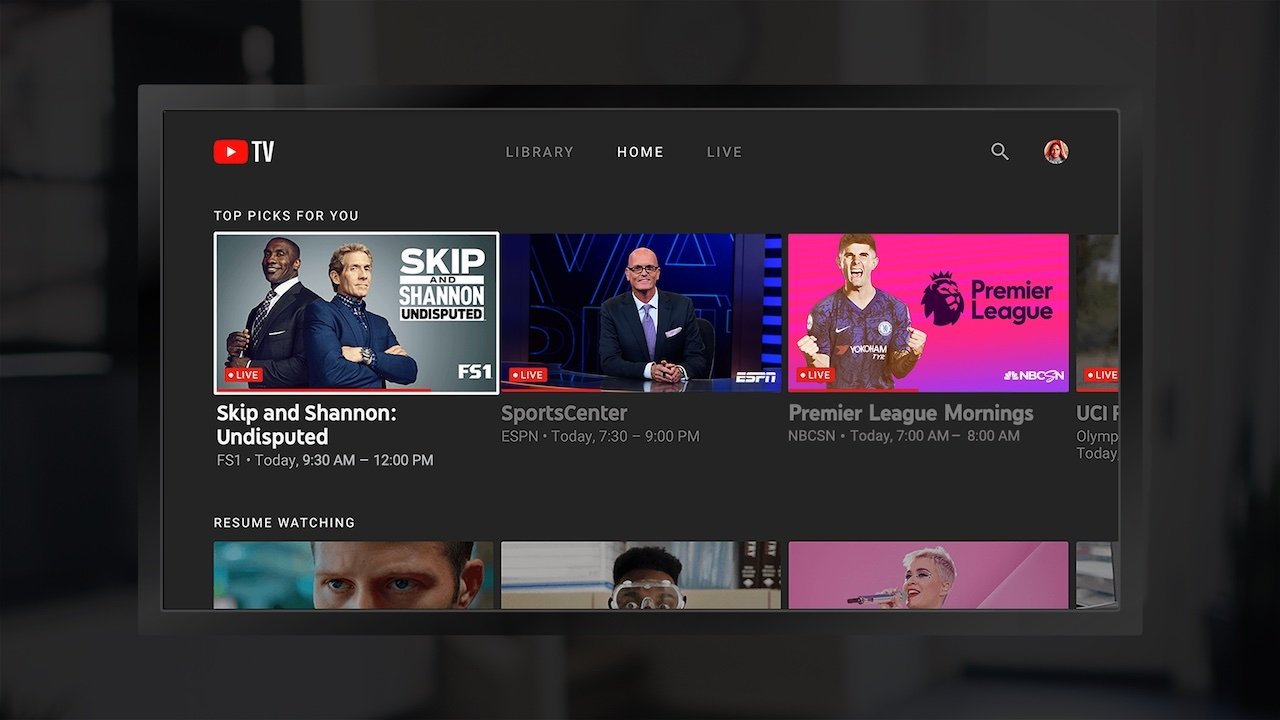 To get around the lack of a dedicated app, Google has added a new "Go to YouTube TV" option within the primary YouTube app on Roku, which remains available to download on the streaming platform.

When users select the option, they'll be switched to the standard YouTube TV user experience. According to The Verge, Google has essentially stuffed the YouTube TV app into the YouTube app.

In a statement, Google say it's "still working to come to an agreement with Roku to ensure continued access to YouTube TV for our mutual customers."

The Google spokesperson also noted that the YouTube TV workaround is only meant for current users -- there's no option to sign up for a new subscription. Additionally, they also mentioned that the YouTube TV app is still accessible to those who have previously downloaded it. Google also says the "Go to YouTube TV" option will roll out to other operating systems and streaming platforms. It just happened to arrive on Roku first.

Roku in a statement said that Google's actions were indicative of an "unchecked monopolist." The company's full statement is available below.

"Google's actions are the clear conduct of an unchecked monopolist bent on crushing fair competition and harming consumer choice. The bundling announcement by YouTube highlights the kind of predatory business practices used by Google that Congress, Attorney Generals and regulatory bodies around the world are investigating.

Roku has not asked for one additional dollar in financial value from YouTube TV. We have simply asked Google to stop their anticompetitive behavior of manipulating user search results to their unique financial benefit and to stop demanding access to sensitive data that no other partner on our platform receives today.

In response, Google has continued its practice of blatantly leveraging its YouTube monopoly to force an independent company into an agreement that is both bad for consumers and bad for fair competition."

The dispute between Roku and Google spilled out into the public view in April. Roku argues that Google's contract terms to keep YouTube TV available are "unfair and anticompetitive." The streaming firm says the terms will impact user search results and data usage and ultimately cost customers more money.

Google, on the other hand, says that Roku is using the expired YouTube TV contract as "an opportunity to renegotiate a separate deal encompassing the YouTube main app." It maintains that its YouTube TV contract terms are "reasonable," though the exact details are unclear.