US Customs seize fake AirPods worth $7M in Cincinnati

AppleInsider
Posted: May 16, 2021 9:22PM
in General Discussion
U.S. Customs and Border Protection officers have seized over 36,000 pairs of fake AirPods as part of an inspection of goods in Cincinnati, a shipment from China valued at $7.16 million if the products were genuine. 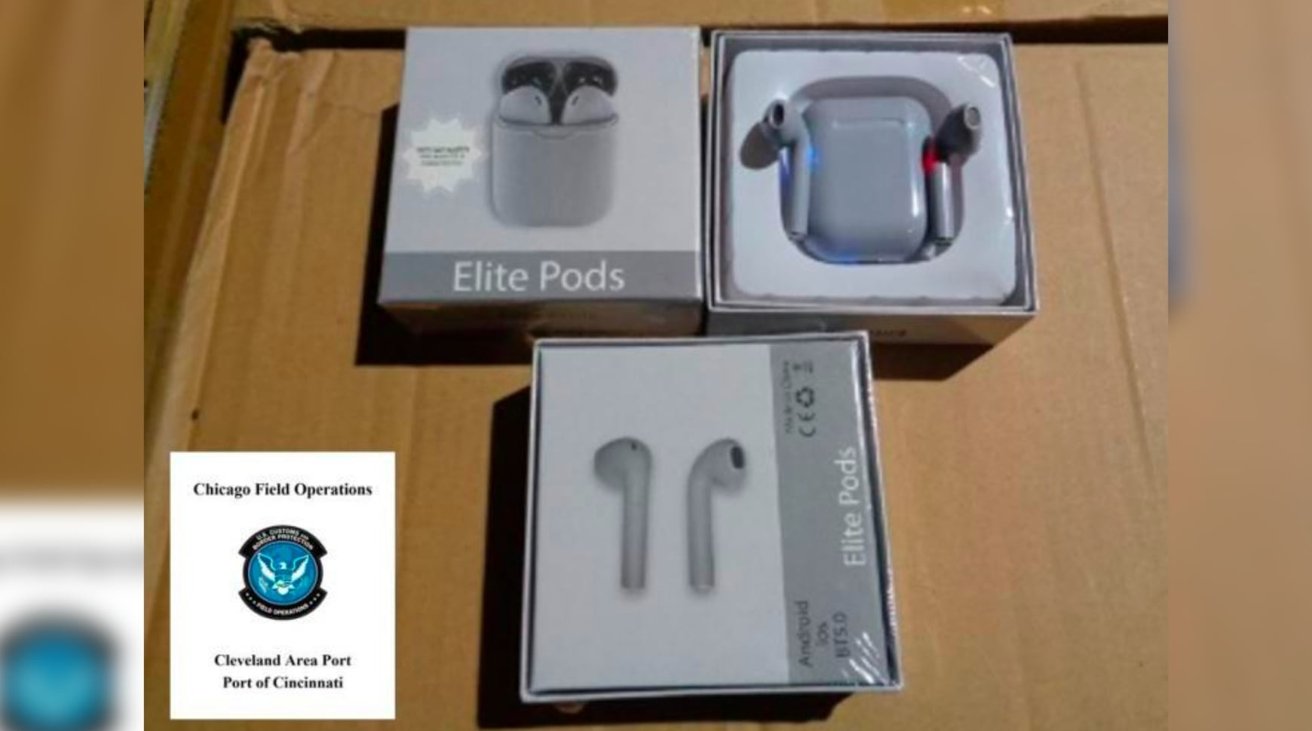 An inspection on May 6 had CHP officers looking into three large shipments, originating from China but bound for Dayton, KY. The three shipments seemed to consist of a large quantity of fake AirPods, branded on packaging as "Elite Pods."

Each shipment contained 12,000 sets, with the three shipments containing 36,000 units in total, and a per-shipment declared value of $5,280, according to U.S. Customs and Border Protection.

Officers consulted with an import specialist from the CBP's Center of Excellence and Expertise, before seizing the shipments on May 11 and May 13 for violating CBP trademark and copyright codes.

Apple has configuration trademarks that apply to AirPods, representing the physical design and shape among other attributes, which are recorded with CBP. While the fake AirPods don't use Apple's product name nor the Apple wordmark at all, the design of the products was enough to be considered a violation.

"Counterfeit products can be deceiving at first glance, they're often cheaper and can appear very similar to the real thing," said Cincinnati Port Director Richard Gillespie. "However, inferior products can end up costing consumers more that if they purchased the genuine item because of the high likelihood of substandard materials and malfunctioning parts."

The popularity of Apple's products makes it a big target for counterfeit goods. In May, one UK firm was fined $147,000 for selling fake Apple chargers, uncovered in an October 2018 raid following a seized shipment of the product.

A dedicated anti-counterfeit team works within Apple, tasked with the removal of knock-off Apple products. In 2020, the team managed to take down more than a million product listings for fake Apple goods.