Yellow 24-inch iMac shown off in early unboxing video [u]

AppleInsider
Posted: May 18, 2021 4:23AM
in Current Mac Hardware edited May 18
Though Apple's 24-inch iMac is not due to arrive in customer hands until later this week, an early unit was procured by a Chinese YouTuber who promptly unboxed the all-in-one in a video on Monday. 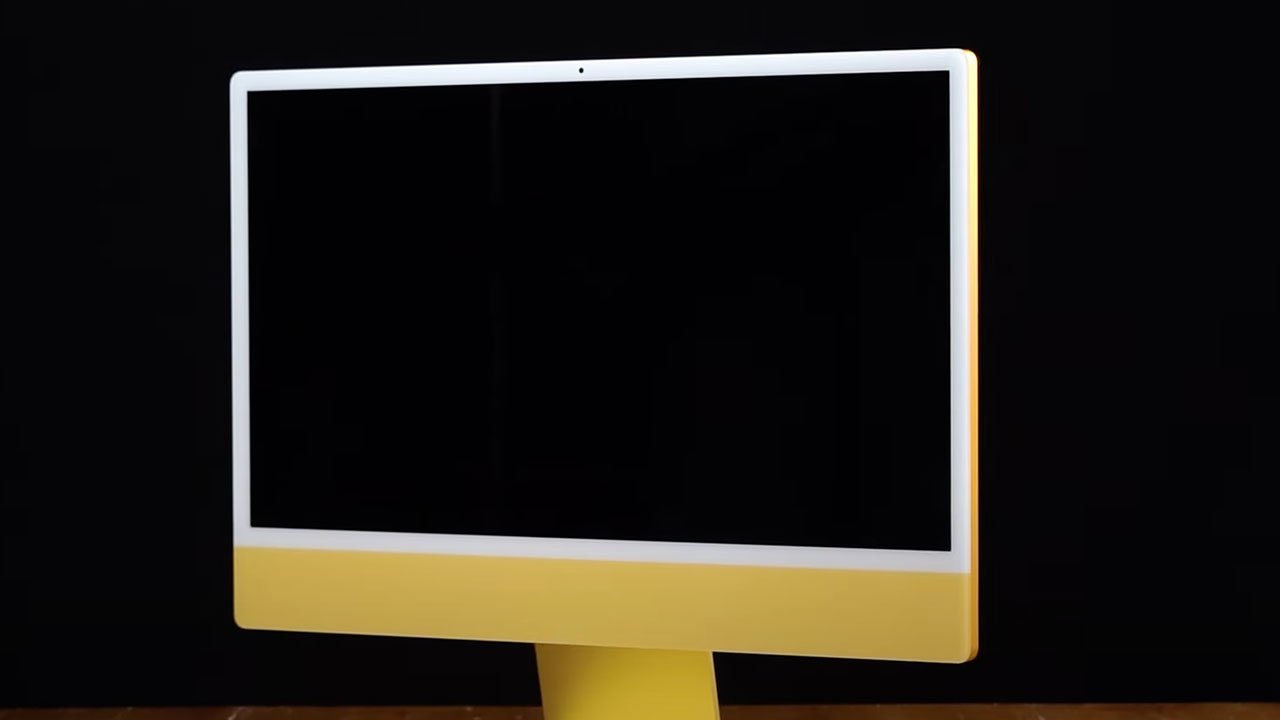 How Gadget Guy scored a yellow 24-inch iMac days before orders are scheduled to arrive is unknown, though the variety YouTuber, who posts content on everything from cars to food, was able to get up close and personal with Apple's latest device this week.

The video offers little in the way of new information, but it does give potential buyers a better look at the iMac prior to its official release on May 21.

Shown off in the video are Apple's color-matched accessories, which in this case includes a Magic Keyboard with Touch ID, braided power cable, and Magic Mouse. The video further illustrates how the power cable attaches to iMac and gives users a quick tour of major hardware features including a comparison between the iMac's 1080p FaceTime camera the 720p camera from a 2020 MacBook Air.

Gadget Guy also ran the iMac's M1 chip -- an 8-core CPU and 8-core GPU variant with 8GB of unified RAM -- against a benchmark test suite that resulted in Geekbench single-core and multi-core scores of 1,752 and 7,702, respectively, and a Cinebench R23 score of 7,783. A Blackmagic Disk Speed Test saw SSD write speeds of 2,900 MB/s and read speeds of 3,000MB/s. The capacity of the SSD was left unmentioned.

Other tidbits include setting up and using Touch ID, running iOS apps in macOS, and viewing pictures and video on the 4.5K Retina Display. Gadget Guy also plugs in a 3.5mm headphone into iMac's jack to demonstrate the sheer thinness of the unit.

Early 24-inch iMac preorders are expected to arrive on May 21, with many customers receiving word that their Mac has already shipped.

Update: The video has been made private, meaning public viewing is not available at this time.