AppleInsider
Posted: May 21, 2021 1:45PM
in iPhone
Apple's iPhone 12 lineup dominated the smartphone market in terms of revenue share and sales volume in fiscal Q2 2021 according to research. 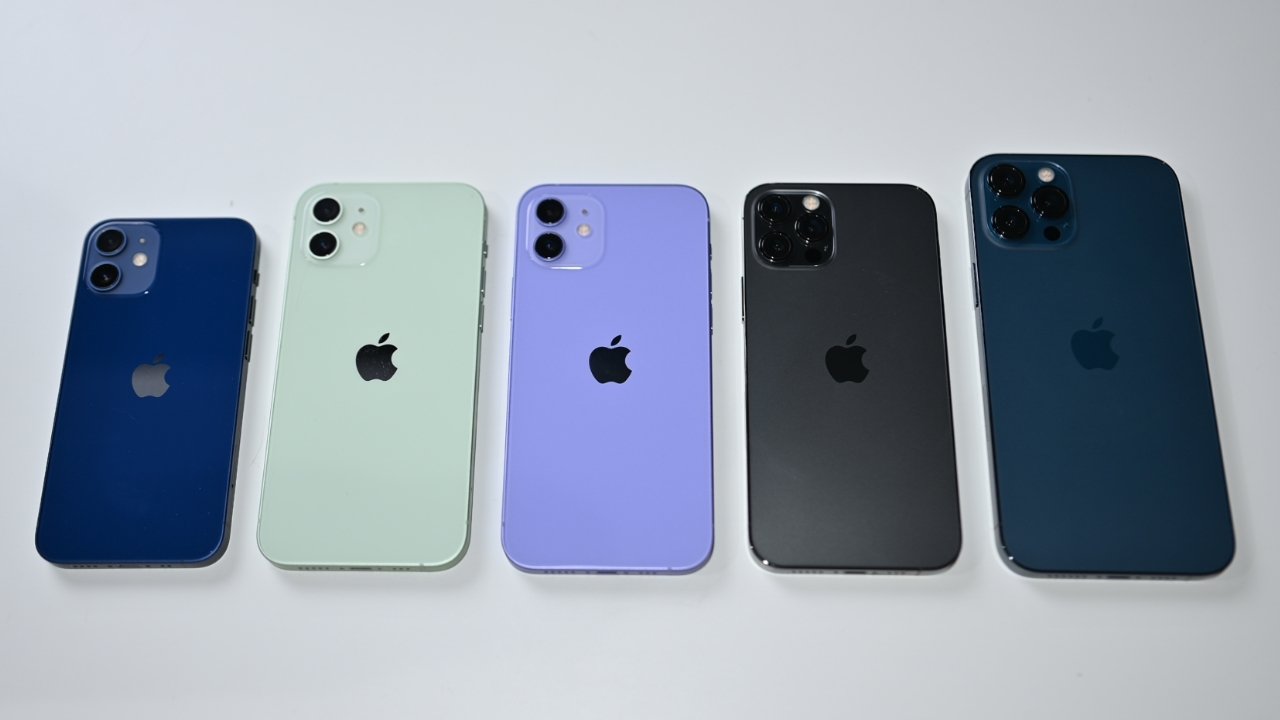 Top selling smartphones are all iPhones

Apple has expressed that the iPhone 12 is seeing record adoption and is very popular in several global markets. New research backs up this assertion with data showing that the 5G iPhone lineup is taking up over 12% of global sales volume in the second fiscal quarter of 2021.

A report from Counterpoint Research covering global sales revenue and volume show the iPhone is dominating the market. Even the least popular of the new models, the iPhone 12 mini, hit the sixth spot in global revenue earned.

The global smartphone revenue crossed $100 billion in fiscal Q2 2021, setting a record. The most popular devices were also among the most expensive, driving the average sale price and revenue of smartphones much higher. The iPhone 12 Pro Max generated the most revenue for a single device globally and was also the best selling model in the US.

Nearly all of the models in the top ten revenue list had 5G except for Apple's iPhone 11 and iPhone SE. Premium smartphones priced over $400 contributed to 65% of the $100 billion in global revenue. 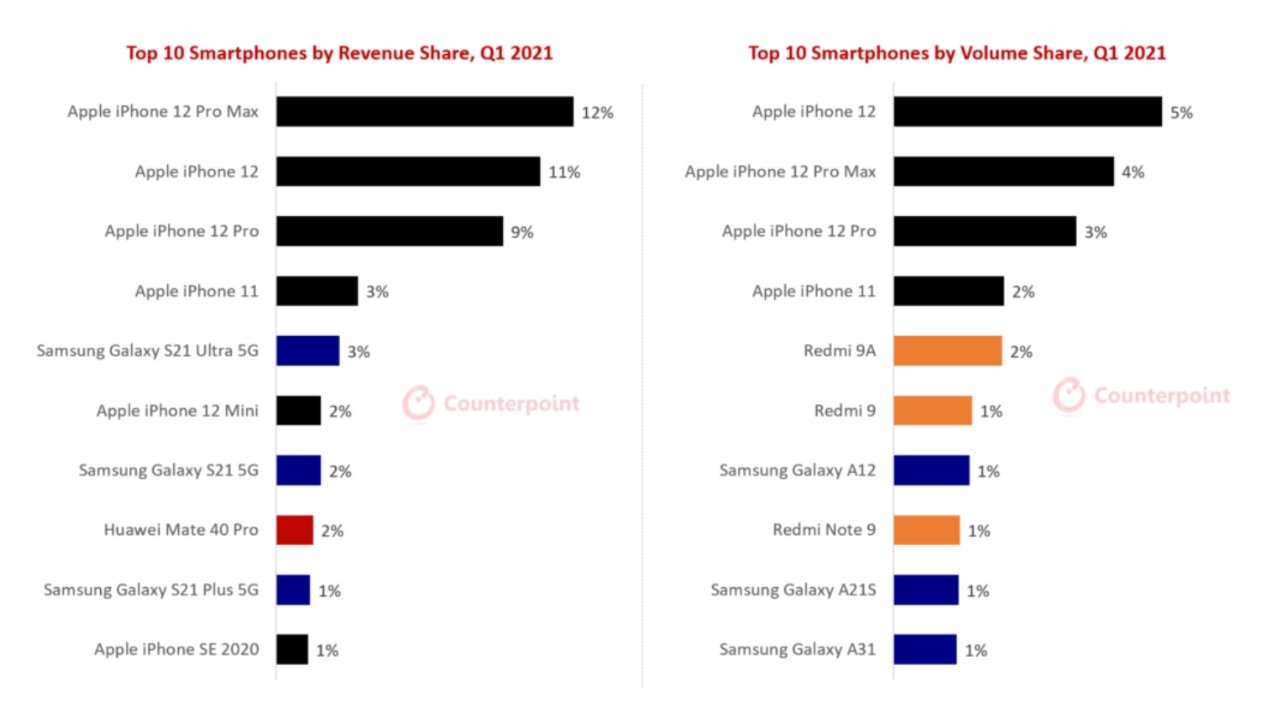 Apple also held the top four spots in global sales volume, according to the report. The iPhone 12, iPhone 12 Pro Max, iPhone 12 Pro, and iPhone 11 made up over 12% of the smartphone market share alone. The iPhone 12 mini didn't make the top ten charts in sales volume despite being sixth in revenue generated, which means cheaper smartphones sold in much greater volumes to Apple's entry models.

Samsung and Redmi controlled the bottom half of the volume chart with smartphones that sell for less than $250. The Asian, Latin American, and Indian markets drove this segment due to the demand for affordable smartphones.

Apple hasn't reported sales volumes or average selling prices in years. This makes it difficult to determine how accurate analysts are in predictions such as this.

Apple had a record breaking second quarter and expects the iPhone to continue breaking records into Q3 due to pent-up demand and continued supply chain delays. The company bolstered iPhone sales further with a new purple color for its best-selling iPhone 12 line.