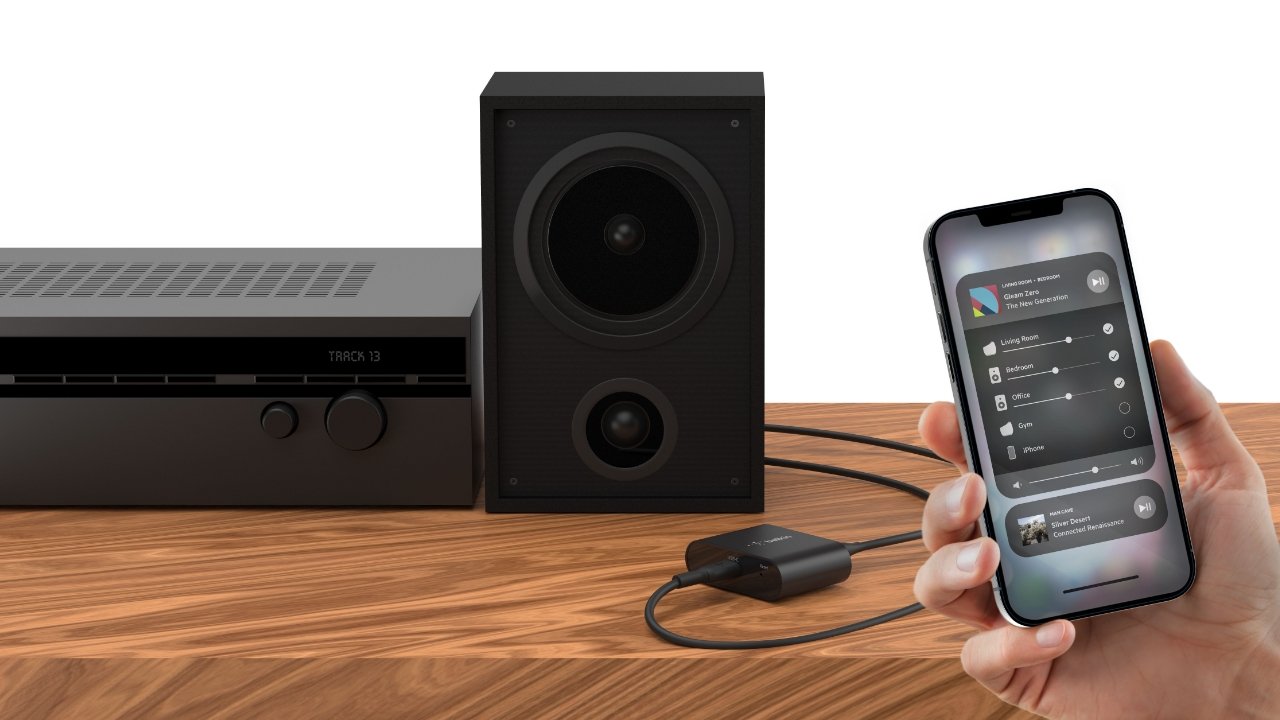 Apple promised whole-home audio via AirPlay 2, but customers with existing speaker systems were left out. Speakers with AirPlay act as wireless audio receivers for devices like the iPhone, iPad, Mac, Apple TV, and even HomePod mini.

Belkin's Soundform Connect will transform any speaker with 3.5mm or optical input into an AirPlay 2 device. It is a small device that can easily be hidden behind a bookshelf speaker or sound system.

Once the Soundform Connect is attached to a speaker, it will show up as a targetable AirPlay device for Apple products. Users need only add the speaker to the Home app to control playback and name the speaker.

Users will be able to control the speaker from the AirPlay menu found across media apps and players and even group the speaker with others for a whole-home audio experience.

The Soundform Connect is available through Belkin's website for $99.99.