AppleInsider
Posted: June 8, 2021 2:57AM
in iPod + iTunes + AppleTV edited June 2021
As promised, Apple late Monday flipped the switch on Spatial Audio and Lossless Audio content on Apple Music, with some users reporting the technology is now live for select tracks and albums. 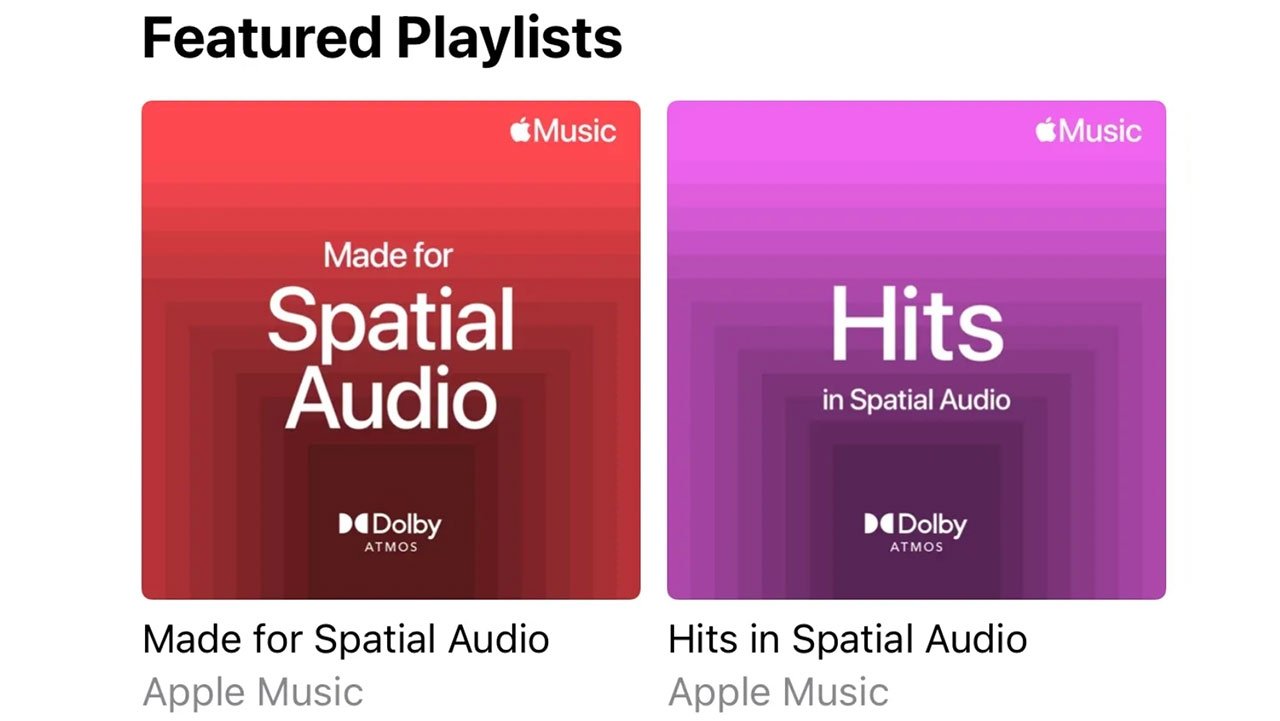 Mentioned in passing during the Worldwide Developers Conference keynote, Apple Music was scheduled to enable both Spatial Audio and Lossless Audio today. Subscribers are now reporting that the service is now live, though support has not rolled out to all users.

Once the new technologies are ready in a given area, users can find the appropriate audio settings in the iOS Settings app under Music, according to accounts of the process posted to social media networks.

When enabled, a new "Dolby Atmos" option will appear under "Audio" and will allow users to switch between automatic, always on, and off.

"Automatic will play in Dolby Atmos and other Dolby Audio formats whenever connected to capable outputs like AirPods, AirPods Pro, AirPods Max (when spatial audio is turned on), and supported Beats headphones or Apple devices," the setting description reads.

A separate setting for "Audio Quality" enables Lossless Audio and controls streaming quality over cellular and Wi-Fi. Users can also elect to download lossless tracks to their device.

With Dolby Atmos activated in Settings, users will be able to play back Spatial Audio content in Apple Music. Apple earlier today said "thousands" of tracks support the feature, which is denoted by a special Dolby Atmos icon. Apple Music is also featuring special Spatial Audio playlists that gather songs, hits and albums in one location.

Spatial Audio is built using Dolby Atmos technology and enables listeners to hear music in a simulated 3D audio space, with dynamic head tracking due to arrive later this year.

Lossless Audio is not compatible with Apple headphones and will only benefit audiophiles who have a dedicated DAC in their system. HomePod and HomePod mini, which currently use AAC, will one day support lossless on Apple Music, though a firm launch date has yet to be announced.