AppleInsider
Posted: June 7, 2021 5:09PM
in iOS edited June 9
Apple has introduced iOS 15 at WWDC 2021, an update that will be arriving on iPhones when released to the public this fall, and very soon as a developer beta. 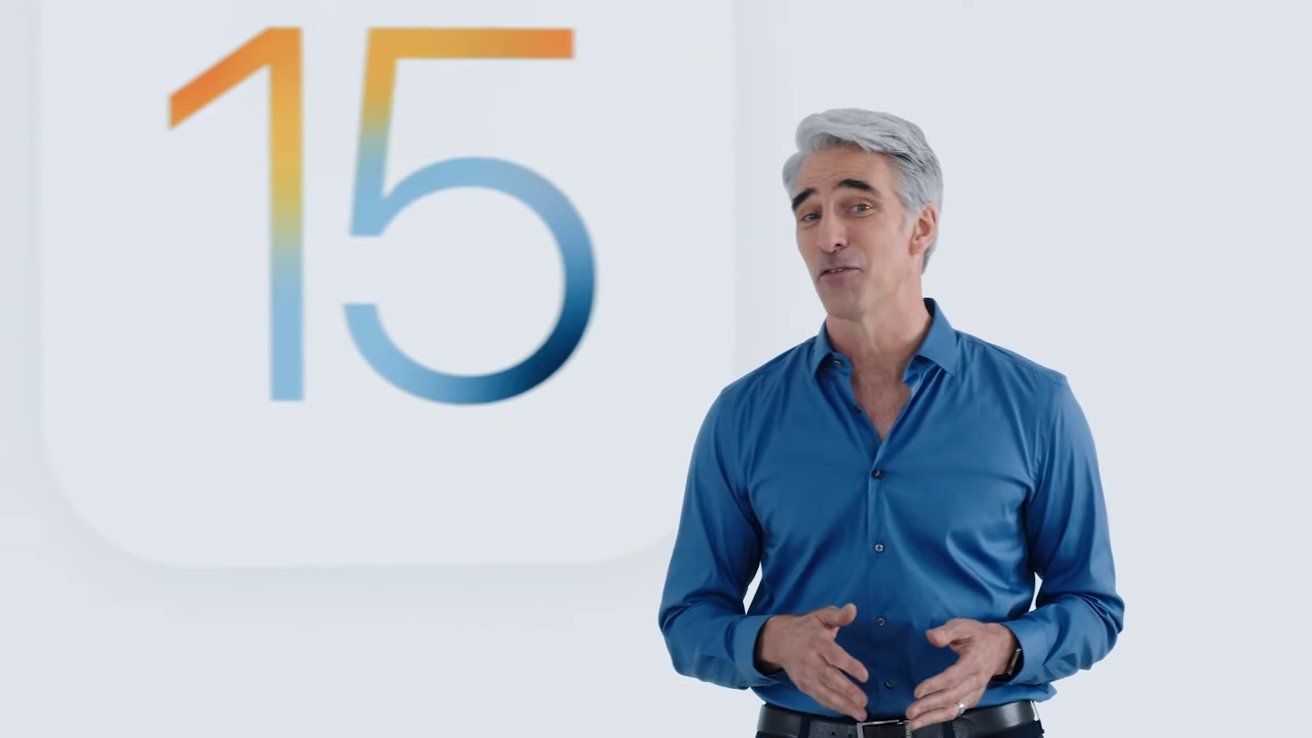 As is tradition for Apple's developer conference, the company has used its WWDC 2021 keynote to reveal its next milestone operating system releases. Set to arrive this fall to coincide with new hardware like the "iPhone 13," iOS 15 will introduce a variety of new features and other improvements.

As you can expect for a milestone release, the changes are wide-ranging, covering everything from the home screen to apps included within the mobile operating systems. Apple is also continuing its push to maintain user privacy and security in the latest release.

The first set of changes outlined at WWDC relate to FaceTime, Apple's video calling app that has become extremely important over the last year.

Spatial Audio support to FaceTime will make it easier to determine who is speaking in a group call by making the audio seem to come from the person's portrait currently talking. Voice isolation improvements will help cut out background noise, while a wide spectrum audio mode will also be available.

Grid View will help reorganize the call and make it easier to see everyone in a call at once. 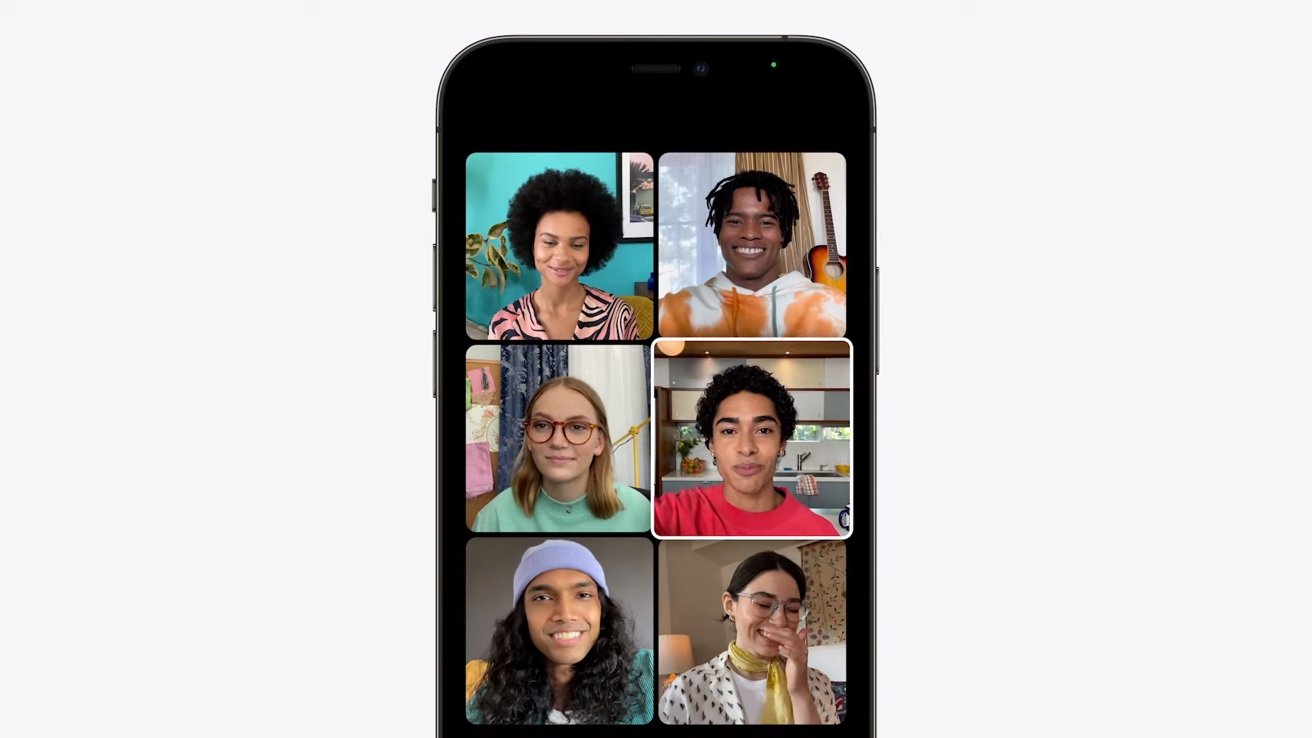 A big feature for FaceTime is cross-platform calls, where a FaceTime Link can be created and shared with others. That link can be used on Android devices and Windows desktops, expanding the service for the first time in its history.

SharePlay will enable users to share media within a FaceTime call, including shows, movies, and music from various providers. Apple Music support is also included, complete with playback synchronization across multiple users. A screen-sharing option is also available.

Continuing the communications theme, iMessage users will benefit from new options to collage and stack photos for sharing, giving more ways to display shared images with others visually. 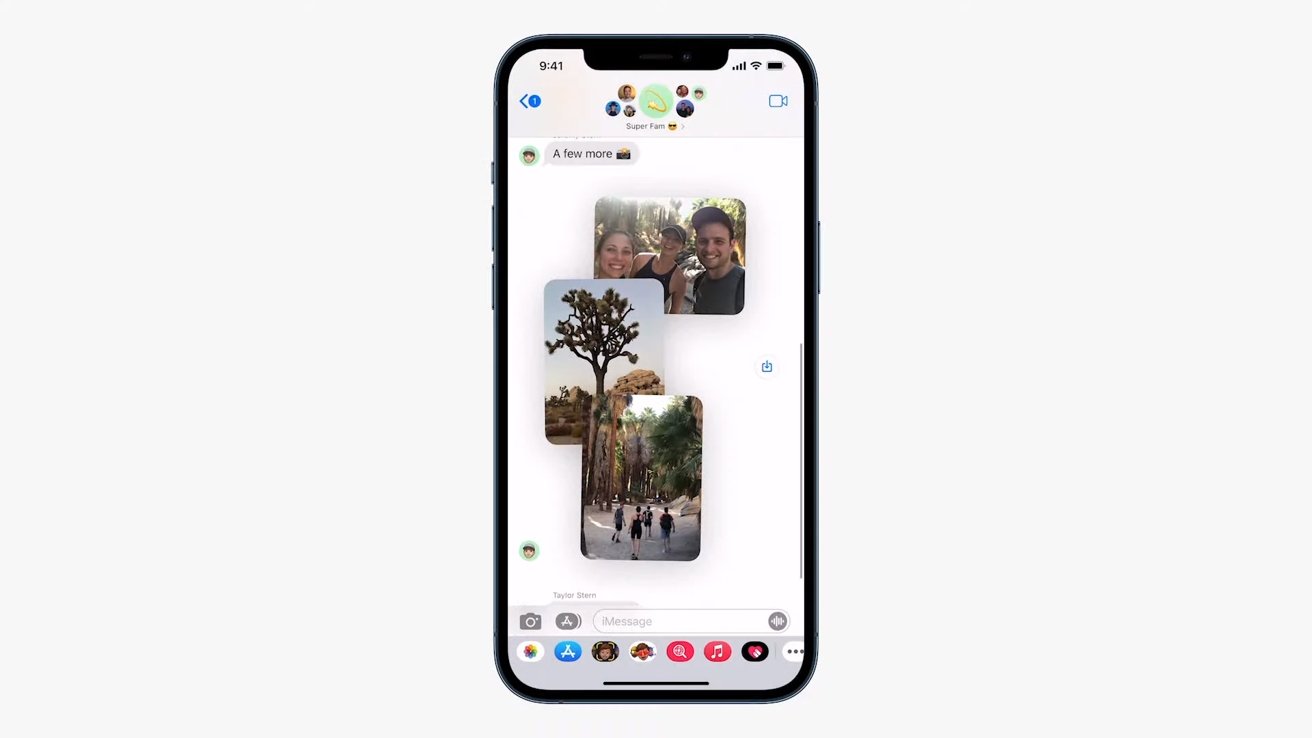 When sharing content such as Apple News articles or playlists, they will now be embedded within Messages rather than a link. A new "Shared with You" section within Apple Music, Safari, Podcasts Photos, Apple News, and the Apple TV app will compile shared content for later listening or viewing.

To help users keep their focus when doing other tasks, Apple's adding several features to minimize the number of distractions that could occur.

Notifications are given a facelift and now have a Notification Summary. Rather than a pile of notifications, a single large summary notification can be provided to the user whenever they wish, combining all of the most important items into one message. 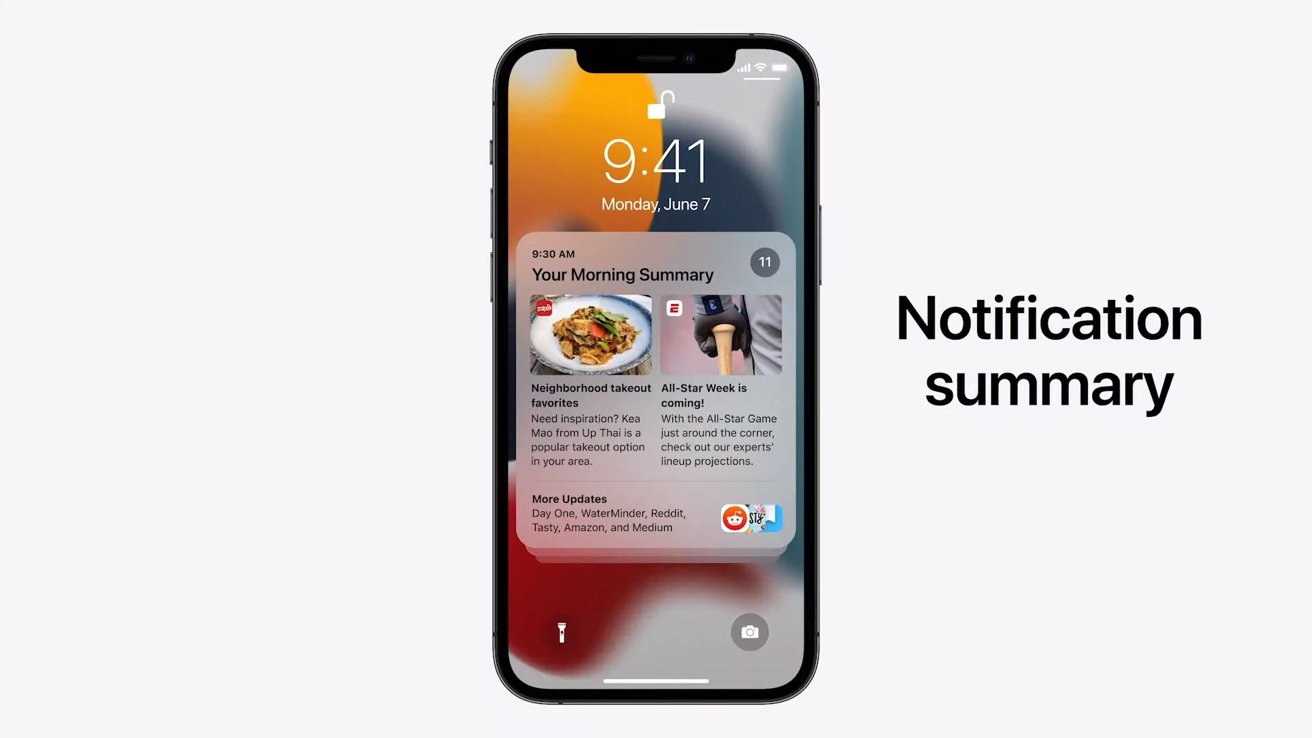 In the case of users enabling Do Not Disturb mode on their devices, the status will be displayed in Messages, advising the user "has notifications silenced with Focus."

Under Focus, users can set up modes for different situations, which can also be enabled or offered depending on where the user is. For example, a configured Fitness mode could be suggested if the user turns up at their gym.

To help users deal with large amounts of written information, Live Text is an automated optical character recognition feature of the Camera app. Users can point the camera at text on a board, sign, or page, and Live Text makes it selectable and able to be copied and pasted elsewhere. 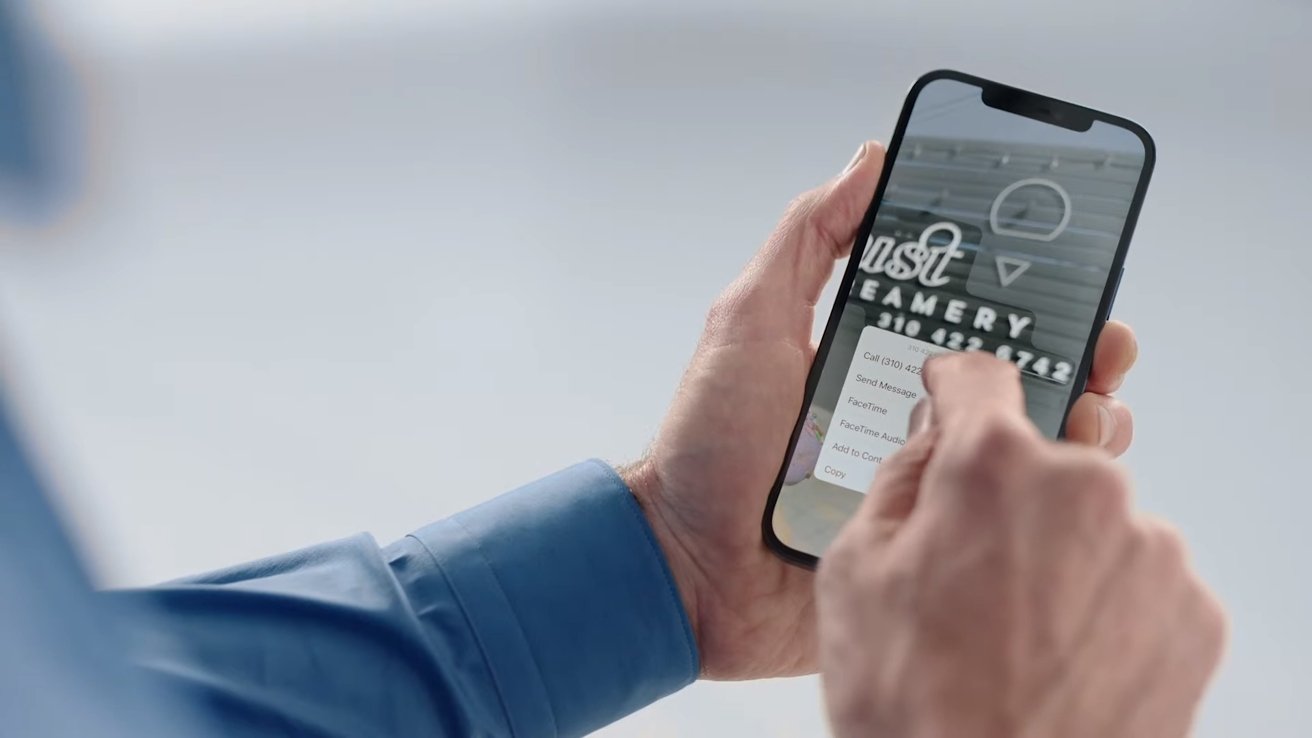 Taking advantage of machine learning, the feature isn't just limited to the Camera app, as users can use it to scan photos practically anywhere they are used in the operating system, including previously taken photographs and web images. It also includes support for seven languages and can recognize objects and scenes.

Spotlight has been updated with the ability to search for photographs within the user's library. Contact searches are also improved, complete with showing whether they enable DND mode.

A wealth of new cards have been included, showing information for actors, films, and other content types.

Photos users will take advantage of Apple Music support in the Photos app for its Memories function, expanding the music being used to accompany the slideshows.

Memory Mixes allow users to edit the generated Memories to improve them in various ways.

In its update for iOS 15, Wallet will gain the ability to use the app as digital identification at airports across the United States. After scanning a driver's license or state ID from several states, it can be used as a digital ID with the TSA and other services. 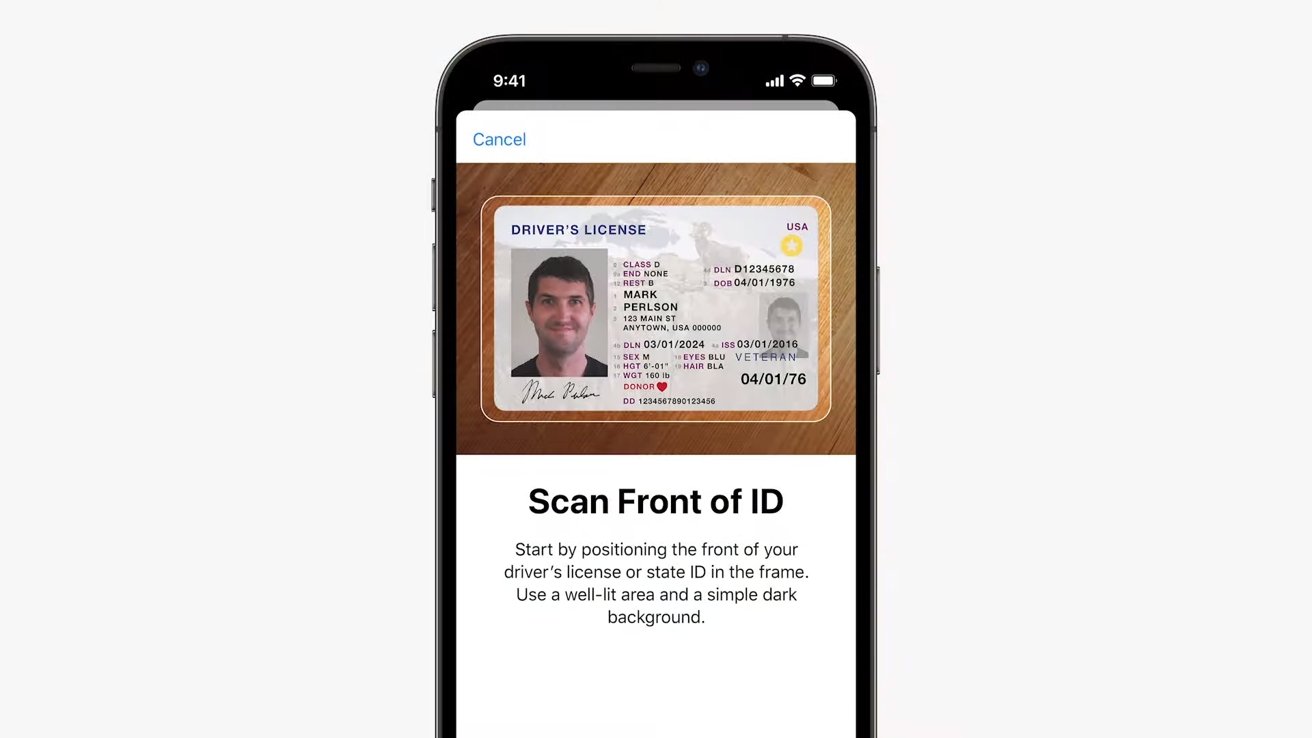 Support for other ID cards is also included, as well as temporary versions. For example, the iPhone could be used as a room key at a hotel, including 1,000 Hyatt properties.

The Weather app is being given a facelift with an updated user interface. There will be more detail about current weather conditions presented to users to be more informed of what's happening outside. 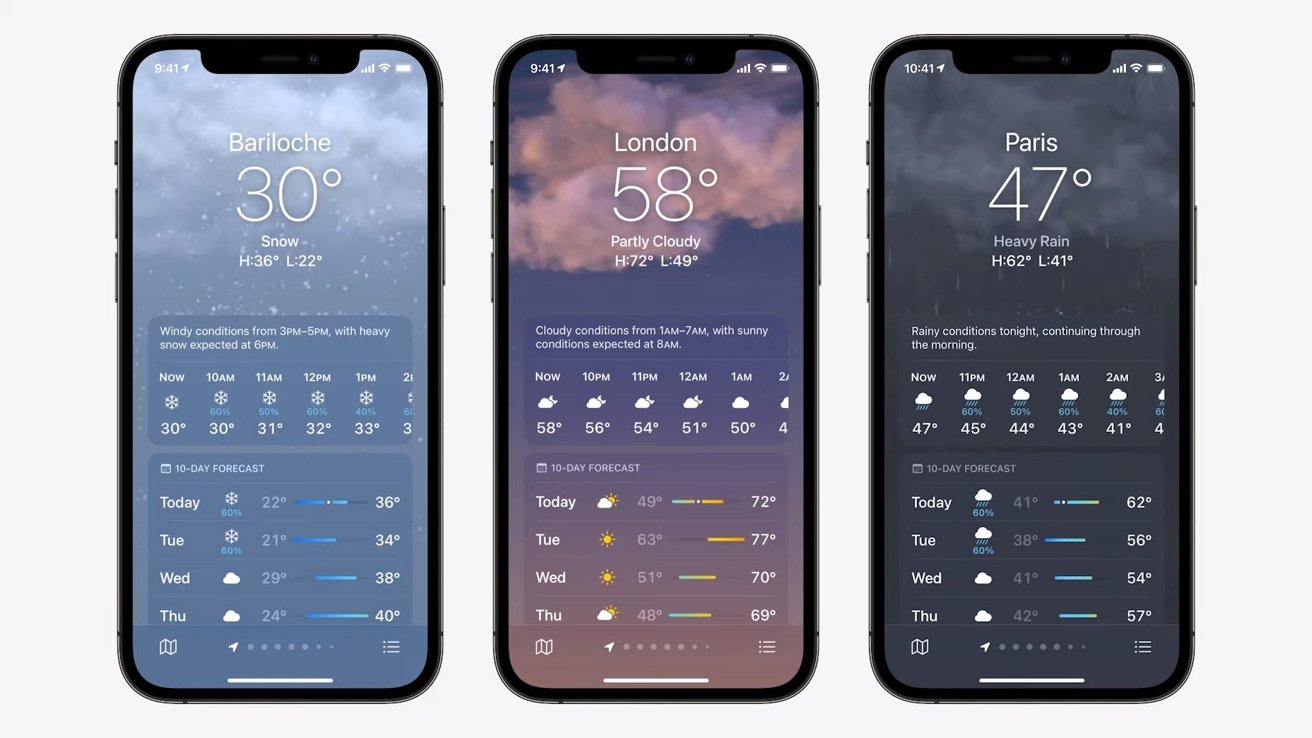 The app will also gain a weather map, including showing the area's temperature, rain, and air quality.

Apple announced it will be bringing its updated map experience to Australia, Italy, Portugal, and Spain later in 2021.

Extra information will be offered to users in cities, showing areas like commercial districts, elevation markers, and individual buildings. Landmarks will receive custom designs, as well as a nighttime viewing mode. A globe view will also be offered. 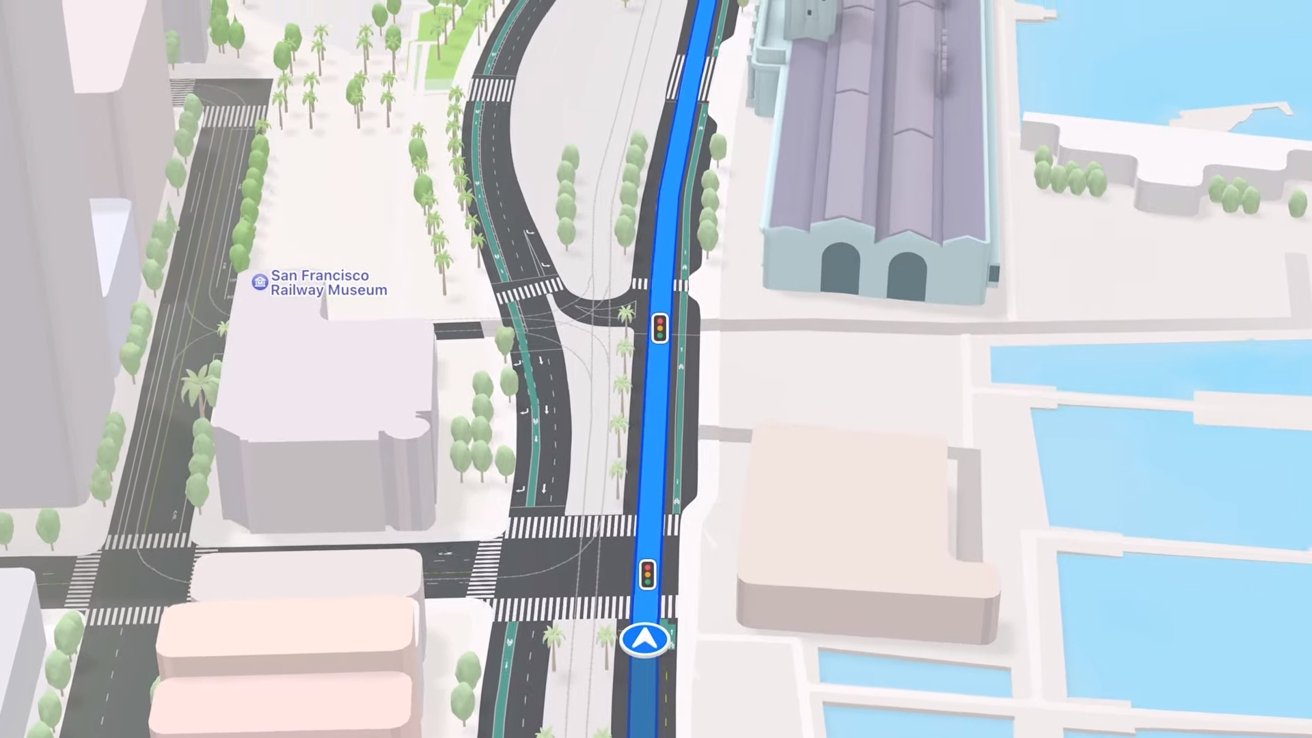 A new navigation view will rely more on 3D imagery, including showing overlapping and complex interchanges. In theory, this will make it easier to navigate more complicated junctions and highways.

If you're navigating on foot, you can scan a building in an AR view to gain walking directions.