AppleInsider
Posted: June 8, 2021 11:12AM
in Future Apple Hardware edited June 8
The long-rumored "Apple Glass" could provide digital images in AR that appear to be completely solid when overlaying the view of the environment, by selectively blocking elements of the screen to stop light from passing through. 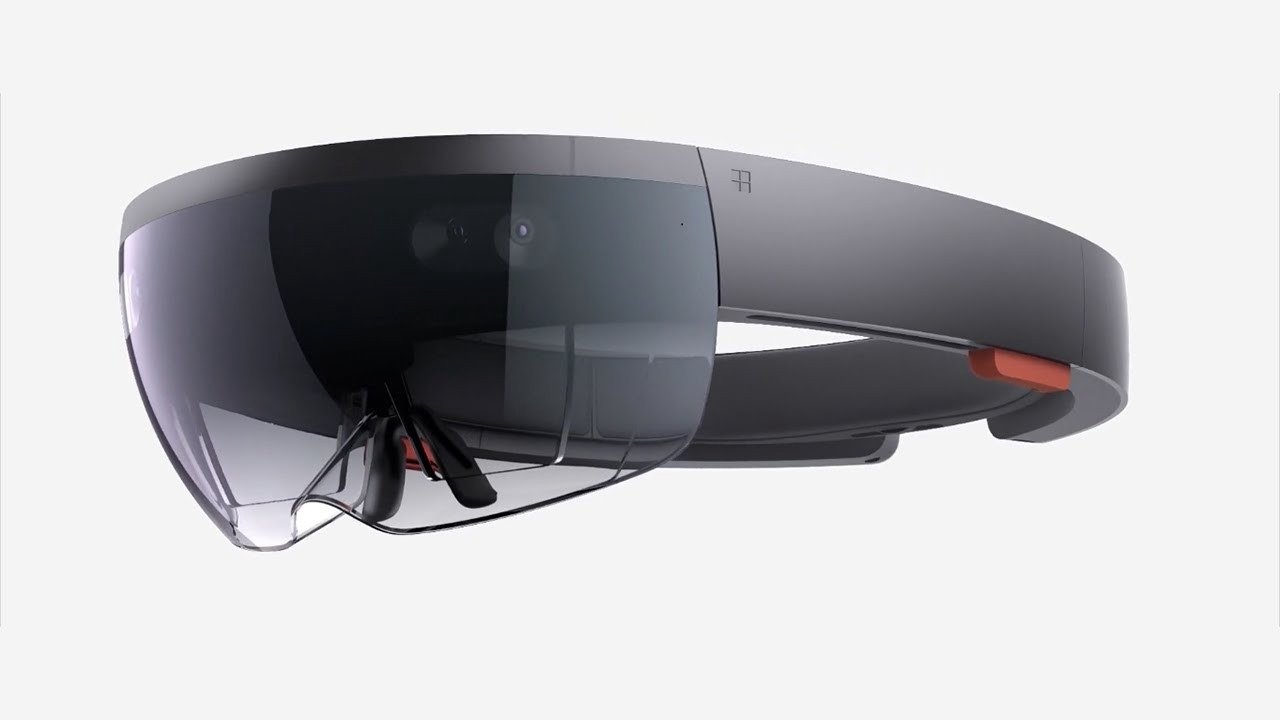 Microsoft's HoloLens, an example of a mixed reality headset.

The core idea of augmented reality is to overlay a digital image on top of one for the user's local environment. This can be achieved in a few ways, such as the traditional display-based version where a camera view is overlaid with graphics, like with ARKit applications for the iPhone.

The other way of doing the same thing is to have a transparent display placed in front of the user's eyes, and to display the AR graphics on there. This gives the user an unencumbered view of where they are, as well as the extra graphical additions.

However, this second technique has the downside of the display itself being completely transparent, with displayed images always having a level of transparency. This kills off any illusion that the digitally-created and superimposed object is within the user's local environment.

The camera-based version doesn't have this issue, as the user only sees the rendered composite of the digital content and the camera feed, not an unblocked real-world view.

In a patent granted on Tuesday by the U.S. Patent and Trademark Office titled "Head-mounted device with an adjustable opacity system," Apple aims to selectively block light from reaching the user to solve the problem.

In Apple's solution, it continues to use a transparent display, which combines a display panel with an optical coupler. This is primarily used to display the rendered digital image to the user, rather than just the display. 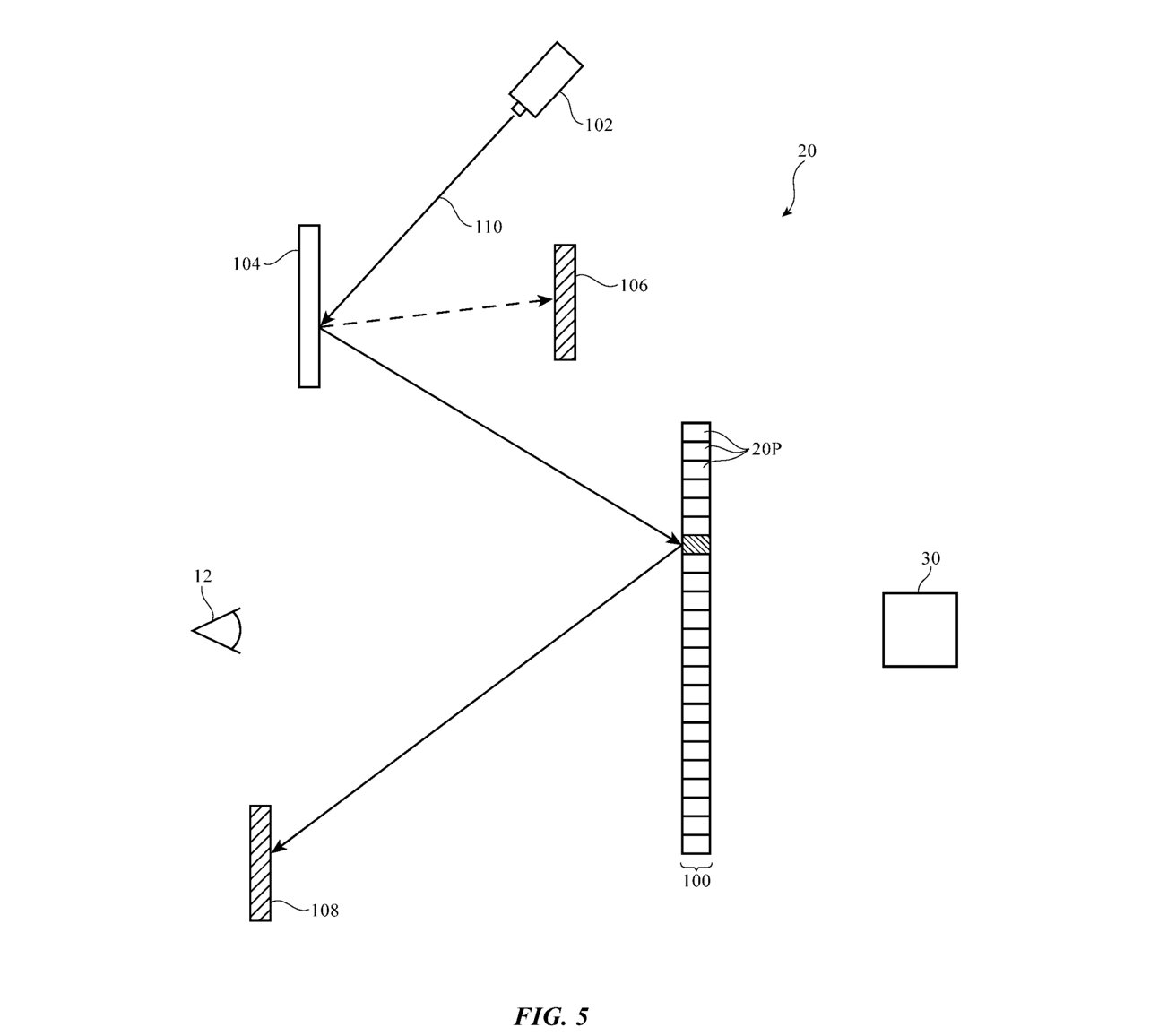 An example of using light to make a transparent screen opaque.

Overlapping the optical coupler is the adjustable opacity system, which can use a photochromic layer and a light source. This secondary light, which could be ultraviolet light, is exposed to selective areas of the photochromic layer, which in turn varies the amount of opacity.

The more UV light the system shines onto the photochromic layer, the less visible light it lets through to the user's eyes.

Apple further suggests that the system could use two optical couplers, with one managing the rendered content while the other handles the redirection of UV light to sections of the layer. The adjustable opacity system may also use filters to block direct light from the source, as well as a heating element for the layer itself.

UV light-absorbing material may also be used in the headset to stop stray light from reaching the user's eyes.

The patent was originally filed on March 13, 2019, and lists its inventors as David A. Kalinowski, Hyungryul Choi, and Jae Hwang Lee. 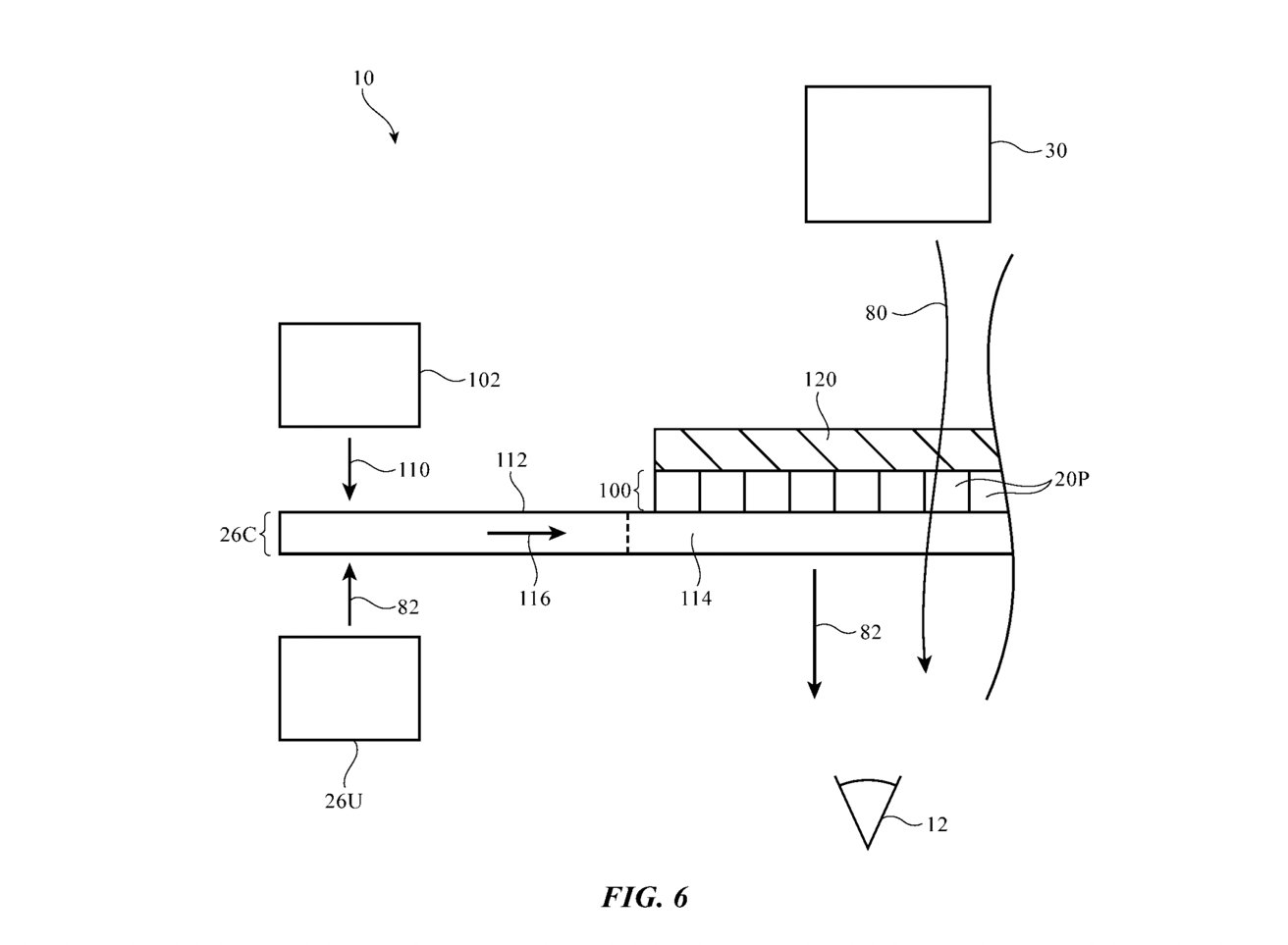 A UV-reactive layer could be turned opaque behind a transparent display layer.

Apple files numerous patent applications on a weekly basis, but while the existence of a patent indicates areas of interest for Apple's research and development teams, they don't guarantee the existence in a future product or service.

Apple is believed to be working on its own AR or VR headset or smart glasses, under the name "Apple Glass." On Tuesday, analyst Ming-Chi Kuo forecast Apple would launch its head-mounted product in the second quarter of 2022.

Naturally, it has numerous patents under its belt relating to head-mounted display technology.

In 2014 and 2016, it received patents for variations of a "transparent electronic device," that could overlay text and images over the real-world view, though not necessarily as part of a headset.

There has also been a patent for a stereoscopic headset from March 2021, using lenticular lenses on an OLED screen, while "Split-screen driving of electronic device displays" from April 2021 points to using an iPhone or iPad to display an AR or VR view without the aid of a headset.