AppleInsider
Posted: June 9, 2021 1:24PM
in General Discussion
The new Radeon Pro W6800 graphics card is designed to be used in high-powered workstations such as the Intel-based Mac Pro. 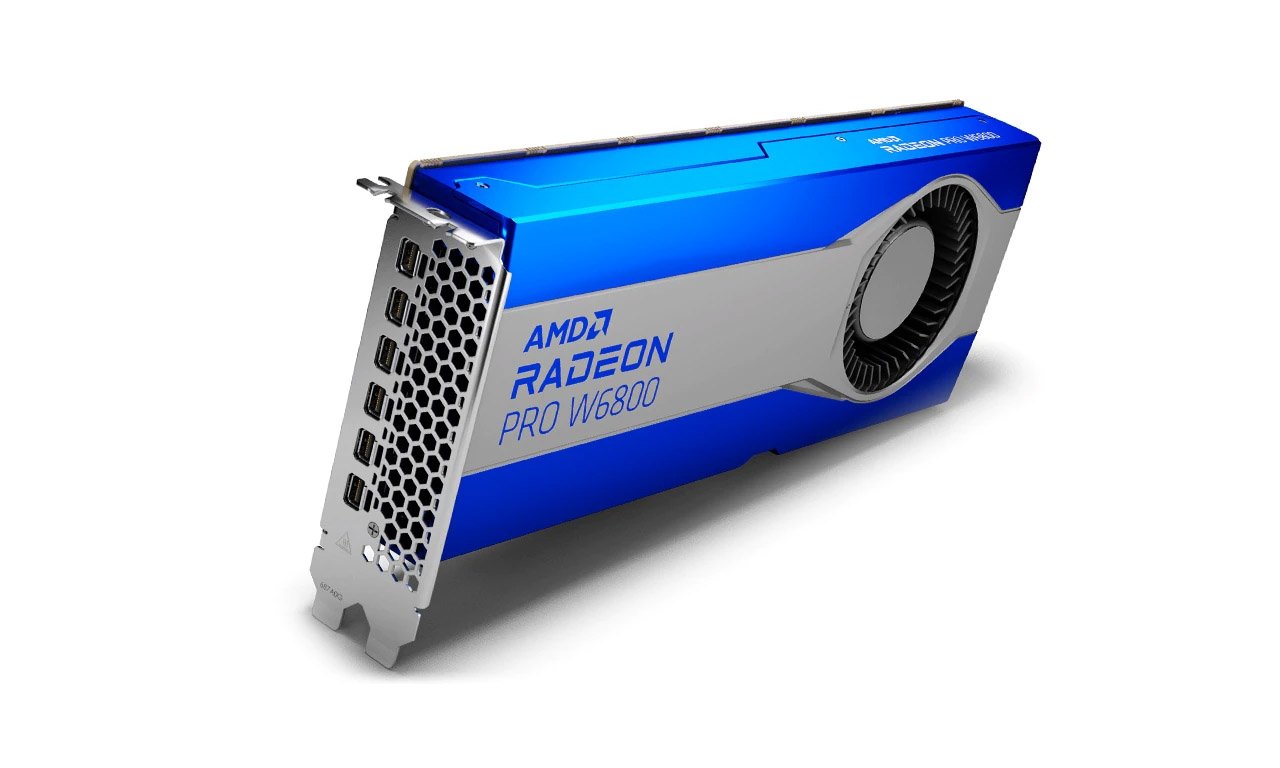 AMD's W6000 series is built on 7nm-based AMD RDNA 2 architecture. The company claims that it offers up to 46% faster rendering than its previous generation when used with programs like SOLIDWORKS' Visualize 2021.

Available now is the W6800 graphics card, which costs $2,249. It features 32GB of GDDR6 memory with ECC support and 128MB of AMD Infinity Cache. It also features 6 Mini-DisplayPort 1.4 outputs.

While not currently available, AMD's mid-range W6600 graphics card boasts 8GB of GDDR6 memory with ECC support and 32GB of AMD Infinity Cache. It will be available in the third quarter of 2021, and AMD suggests a retail price of $649.