AppleInsider
Posted: June 10, 2021 1:06AM
in iPod + iTunes + AppleTV edited June 2021
An obvious but potentially overlooked side note to Apple's launch of Spatial Audio on Apple Music is the fact that users will need to re-download tracks mastered in the new Dolby Atmos format as they slowly trickle onto the streaming service. 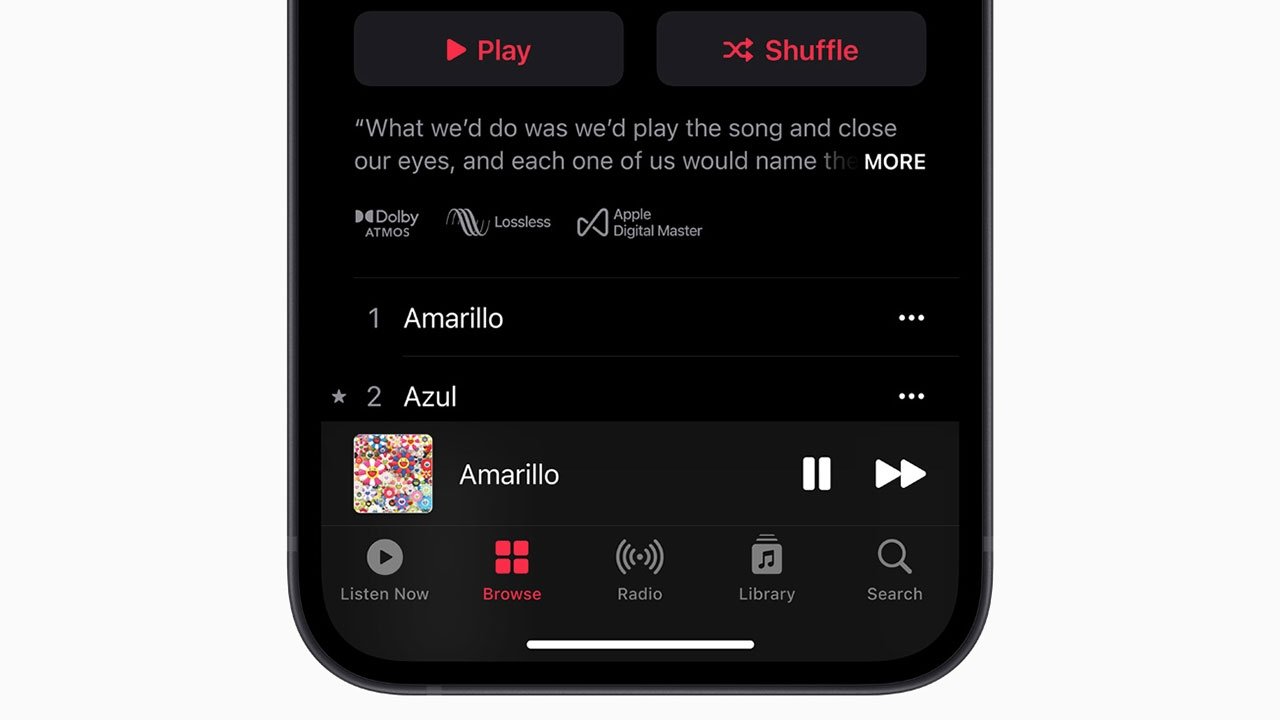 Apple Music subscribers who have massive offline libraries -- and who want to enjoy Spatial Audio -- will soon be faced with the bothersome task of re-downloading Dolby Atmos tracks.

As noted by Apple in a support document updated on Wednesday, users who want to listen to a Spatial Audio version of a song they already downloaded from Apple Music will need to manually delete and re-download said track. The resulting download includes both Dolby Atmos and stereo versions of a song.

Making the process more of a hassle is Apple Music's handling of downloaded tracks. For now, the app defaults to existing on-device versions and offers no alternative to stream the new Spatial Audio mix. That means listeners are forced to delete the track, at which point they can either re-download it or stream without saving for offline listening.

Users also need to ensure that they are downloading Dolby Atmos content. On iOS, this accomplished by navigating to Settings > Music and turning on "Download in Dolby Atmos." The same can be done on Mac by selecting "Download on Dolby Atmos" in the General section of Music > Preferences.

Most listeners are unlikely to encounter the issue with only "thousands" of tracks currently available in Spatial Audio, but more people will be impacted as Apple builds out its Dolby Atmos catalog.

Announced in May, Spatial Audio for Apple Music is proprietary format built with Dolby Atmos technology that delivers an immersive listening experience by simulating a 3D audio space. The feature launched on Monday.