AppleInsider
Posted: June 10, 2021 11:46AM
in Mac Software edited June 10
In a WWDC developer video, Apple has further explained what protection its iCloud Private Relay will give users, plus how exactly it works to increase privacy. 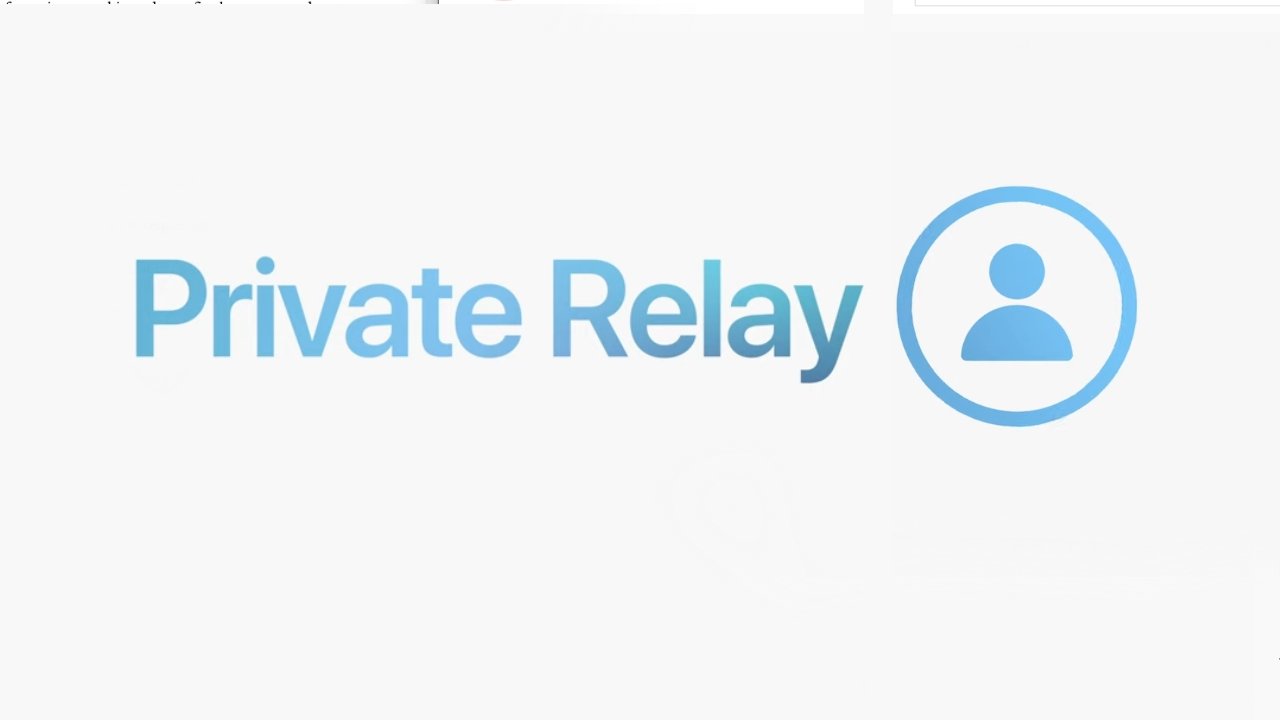 Announced at the WWDC 2021 Keynote, iCloud Private Relay is a new feature for Apple users which will prevent third-party companies determining web-browsing habits. It's not going to be available in all countries, but for those that it is, Apple has produced a system that it claims will greatly protect users, yet not also slow down their internet.

"When someone accesses the internet, anyone on their local network can see the names of all of the websites they access based on inspecting DNS queries," says Tommy Pauly of Apple's Internet Technologies group, in a new video for developers.

"This information can be used to fingerprint a user and build a history of their activity over time," he continues. "No one should be able to silently collect all of this information, whether it's a public Wi-Fi operator, another user on the network, or an internet service provider."

Pauly also describes how servers can see a user's IP address when they access a site, and says that "even worse," those servers can "fingerprint user identity" across different sites.

"These are big problems for user privacy, and in order to fix them, we need a new approach that has privacy built in by design," he says. "iCloud Private Relay adds multiple secure proxies to help route user traffic and keep it private."

"The proxies are run by separate entities," continues Pauly. "One is Apple, and one is a content provider." 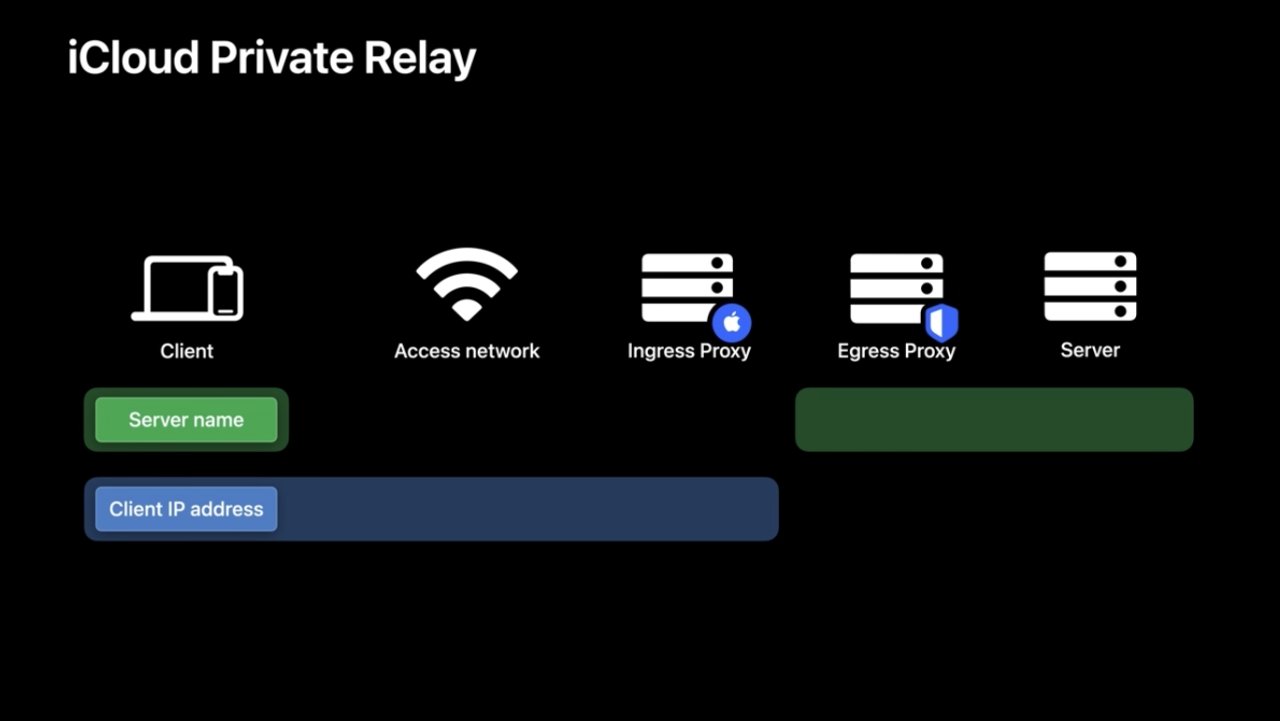 What this means for the user is that Apple doesn't track which websites they're accessing. And neither the egress server company nor the destination website can track their identities in any way.

It does not cover all internet traffic, however. Apple says that iCloud Private Relay will apply to:

Apple says that it will also apply to "a small subset of traffic from apps." However, it also listed multiple categories of internet traffic that will not be protected by iCloud Private Relay:

This is similar to how a VPN works, but iCloud Private Relay is not intended to be an Apple-branded VPN. Apple says that the Private Relay guarantees that users can't use the system to pretend to be from a different region. This allows developers to enforce region-based access restrictions.

There are features developers can access within iCloud Private Relay that mean they can ask for a user's specific location -- if the user allows, and if the app requires it. But otherwise location data is set by the egress server. That third-party and presumably trusted company adds an IP address "that maps to the device's city or region."

So a site or a service gets some location data and it's broadly right, it's correct enough to be useful for, say, a store showing its prices in the right currency or content-gating by geography.

The new iCloud Private Relay is to be introduced alongside macOS Monterey, iOS 15, and iPadOS 15 when they launch later in the year. It will require an iCloud+ subscription, and users will have to choose to turn on Private Relay -- though it is likely to default to on.

"Private Relay is built into iOS and macOS, so you don't need to do anything to adopt it from your app," Pauly told developers. "It's also important to understand that it won't always be affecting your app. It will only apply when a user is an iCloud+ subscriber and has Private Relay enabled."