AppleInsider
Posted: June 10, 2021 1:00PM
in General Discussion
An Apple leaker has shared images of what appears to be an 30-pin iPod touch prototype shell that features a design strikingly similar to the iPhone 4. 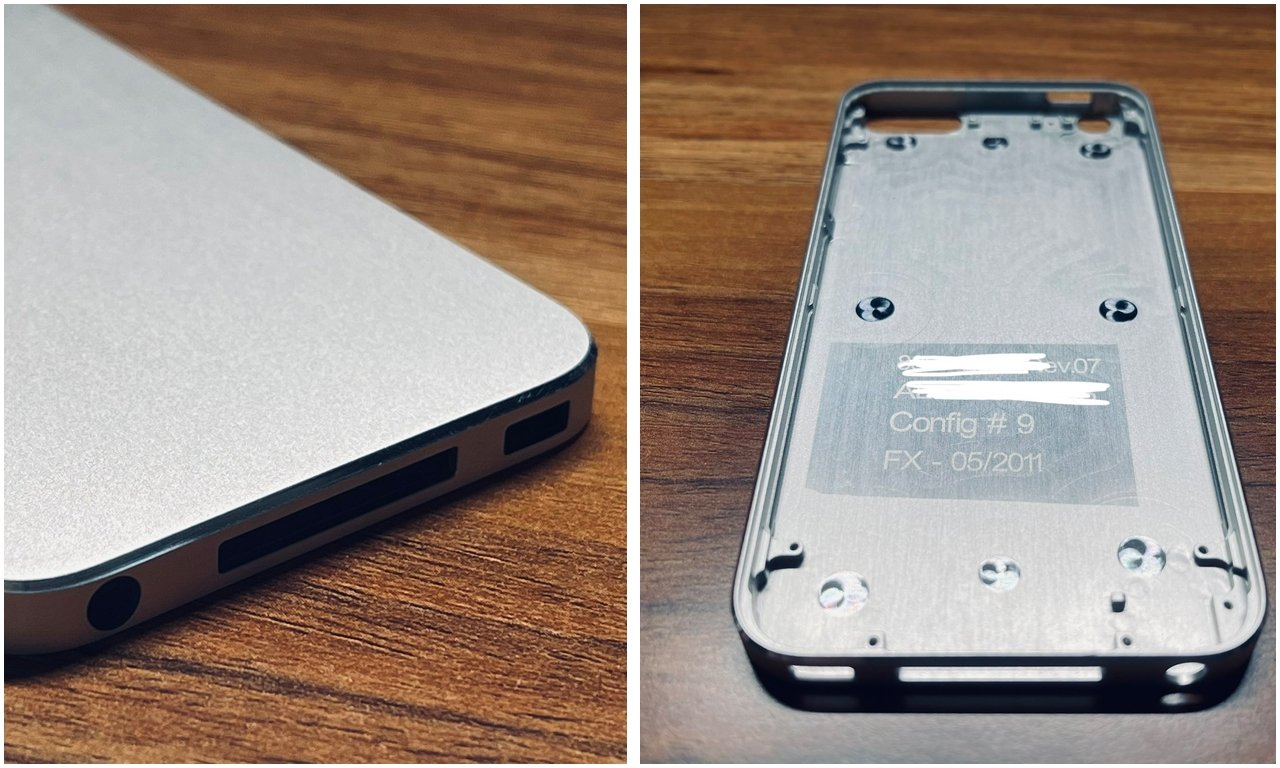 Late Wednesday, known Apple leaker @laobaiTD shared apparent images of a scrapped design for what he calls the iPod touch 5. The device features a more squared design, reminiscent of the iPhone 4. The design also features a 30-pin connector, which would have been the same dock connector used in the iPhone 4.

Inside the shell, there is what appears to be a date for May 2011. This would likely have been the correct timeframe for such a prototype to exist, as the fifth-generation iPod touch debuted in October 2012.

The image suggests that at one point, Apple may have been planning to update the iPod touch to appear visually similar to whatever iPhone Apple was selling at the time. However, the fifth-generation iPod touch launched with a design quite similar to the current generation's design -- thinner, more rounded, and with a Lightning connector rather than the 30-pin dock connector of the previous generation.

Apple's iPod touch was last updated in 2019, making it the seventh-generation device of its line. While the device received a lukewarm reception, AppleInsider maintains that there's still a decent market for it, especially for children who aren't quite old enough to need a phone yet.