AppleInsider
Posted: June 24, 2021 2:01PM
in Future Apple Hardware
Apple devices such as "Apple Glass" may integrate real-world objects into Apple AR or VR experiences, specifically to avoid the wearer colliding with them. 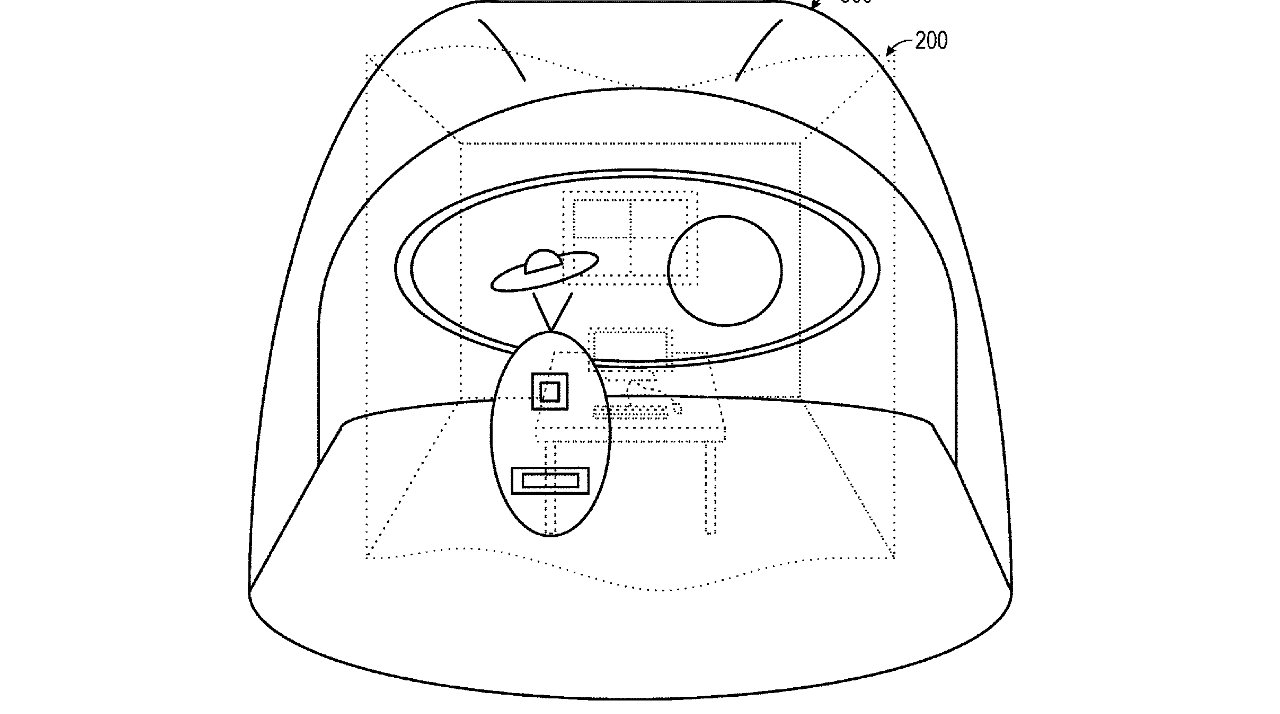 Important safety tip: when you're flying a virtual spaceship, don't walk into your desk

The giant majority of Apple's many patents and patent applications regarding Apple AR are concerned with what the user sees, and how they interact with virtual objects. One newly-revealed patent application, however, concentrates more on the line between virtual and real.

"Inserting Imagery from a Real Environment into a Virtual Environment," doesn't say that it's like the proximity detector in a car, but that's roughly what it aims to accomplish.

There can be many reasons to integrate real-world objects into an AR or VR experience. For instance, Apple has already investigated using AR to turn physical objects into virtual touch screens. In this particular case, though, the issue is first and foremost to do with preventing accidents.

It's an interesting counterpoint to the credited inventors. Most of them have previously worked on bringing Zoom-like background replacement to "Apple Glass," which would presumably remove the real world from view.

That's clearly a visual feature for "Apple Glass," though, and the inventors say that there can be many different ways for the real-world object to be detected.

Apple goes on to list very many more methods using "an optical reflector, holographic substrate, light waveguide, optical combiner, or any combination thereof," to let the wearer know what they're walking into.

At the same time as not wanting to collide with a real object, it's likely that a user will want to pass a virtual one to someone else. Leaving aside issues to do with how that other person must be sharing the same AR experience, and in sync, a separate patent application examines how to do this.

"Transferring a Virtual Object," is a newly-revealed patent application that is concerned with how to correctly display a virtual object as it is being "passed" to someone else.

"For example, transferring a large virtual object may obstruct the field of view of a user, causing user disorientation and resulting in the interruption of the virtual, augmented, or mixed reality experience," says Apple.

If you kick a virtual football, for instance, then the Apple AR system will present you with the correct image of a ball that gets smaller and smaller.

This patent application is credited to Luis R. Deliz Centeno, whose previous work includes one system of using gaze detection in Apple AR.