AppleInsider
Posted: June 24, 2021 8:57PM
in General Discussion
Apple CEO Tim Cook made an appearance at the grand opening of Apple Tower Theatre, the company's new retail location in downtown L.A., celebrating alongside employees and other attendees. 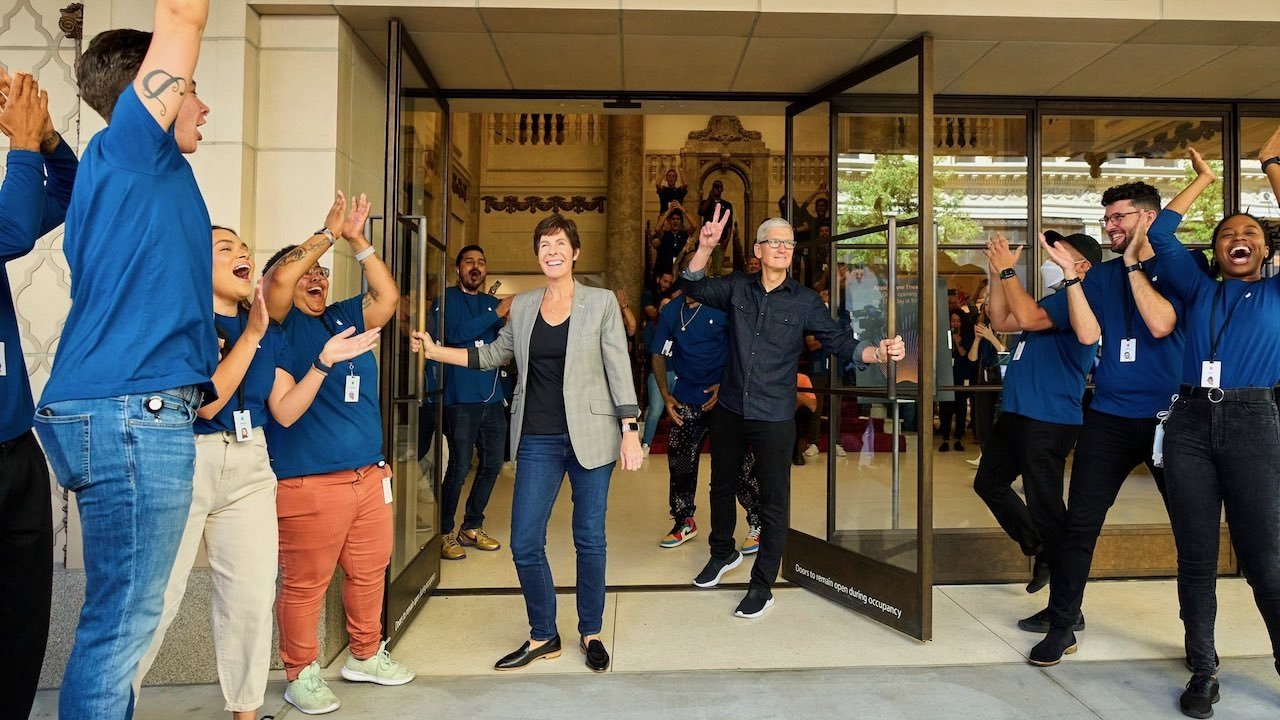 Today we opened the doors to our new store in downtown LA -- Apple Tower Theatre. It's a testament to a city rich in culture and diversity. We're so excited to be a part of DTLA! pic.twitter.com/l4UQmZQ5x4

Apple Tower Theatre is one of the company's most ambitious restoration projects to date. Built in a historic cinema in L.A.'s Broadway Theater District, the Apple retail location was the result of collaboration between the Cupertino tech giant, leading preservationists and restoration artists, and the City of Los Angeles.

Apple Tower Theatre is the company's first brick-and-mortar location in downtown Los Angeles. It's also the center of a new Today at Apple project meant to offer hands-on experience and mentorship to creatives to young creatives from underrepresented communities.

Other people in attendance at the grand opening include YouTuber Justine Ezarik, who took a selfie with the Apple chief executive.

oh my gosh blurry selfie with Tim on the way into the new Tower Theater Store! pic.twitter.com/b2MojNGDhV