AppleInsider
Posted: July 9, 2021 10:32PM
in General Discussion edited July 2021
Microsoft co-founder Bill Gates was caught off guard with the launch and structure of Apple's iTunes Store in 2003, with Apple co-founder Steve Jobs once again putting Gates in catch-up mode, according to an internal email that surfaced this week. 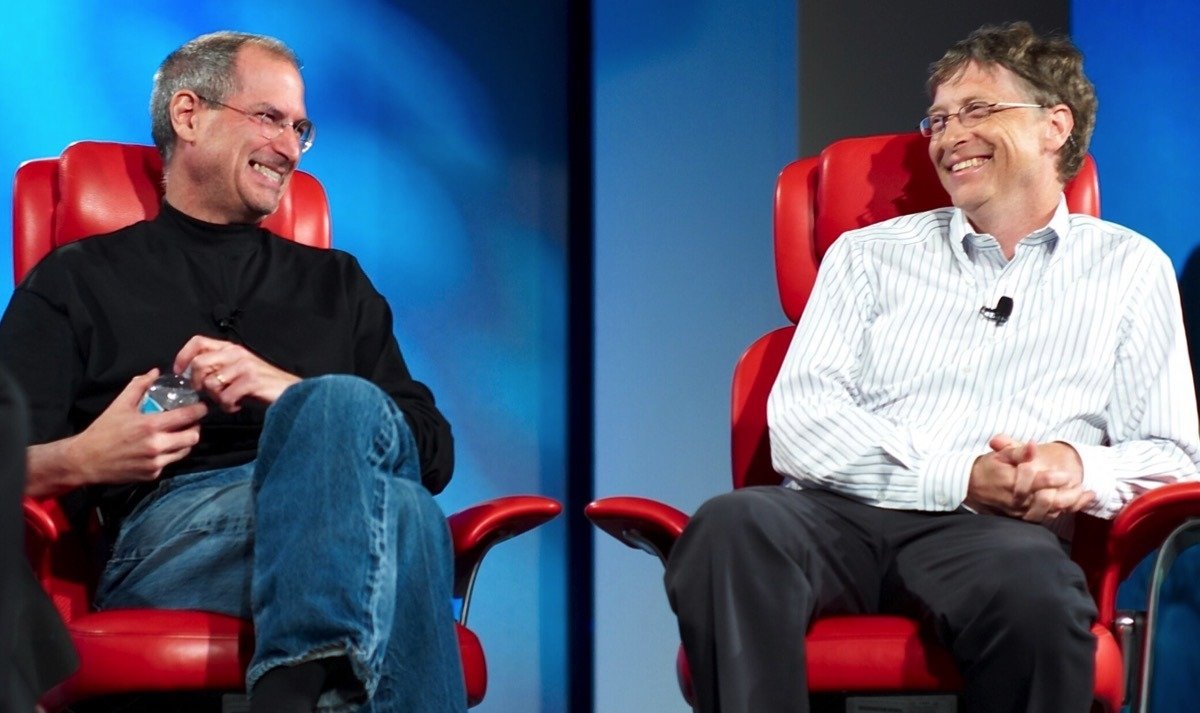 Dug up by Internal Tech Emails and posted to Twitter, Gates' correspondence was made public in the Comes v. Microsoft class action lawsuit from 2000.

In the letter to Microsoft executives, Gates vented about Apple's -- more specifically Jobs' -- ability to beat the industry in obtaining beneficial licensing deals for the then-new iTunes Store.

"Steve Jobs['] ability to focus in on a few things that count, get people who get user interface right and market things as revolutionary are amazing things," Gates wrote. "This time somehow he has applied his talents in getting a better licensing deal than anyone else has gotten for music."

At the time, Microsoft was working to field its own music distribution service through limited partnerships and joint ventures.

As Gates notes, no one, including music companies, had nailed a user-friendly digital purchasing experience. Apple was primed to lead the segment with its iTunes and iPod.

"This is very strange to me. The music companies['] own operations offer a service that is truly unfriendly to the user and has been reviewed that way consistently. Somehow they decide to give Apple the ability to do something pretty good," Gates wrote.

Apple's iTunes library was already a mainstay for digital music enthusiasts, with an intuitive user interface and clever features like automatically generated track listings for ripped CDs, sound processing and content sharing. Adding a storefront to the software was in many ways the next logical step.

Gates in the email expresses a sense of urgency for Microsoft to create its own music distribution product now that its -- at the time -- much smaller competitor had a winning solution.

"Now that Jobs has done it we need to move fast to get something where the UI and Rights are as good," Gates wrote. "I am not sure whether we should do this through one of these JVs or not. I am not sure what the problems are. However I think we need some plan to prove that even though Jobs has us a bit flat footed again we move quick and both match and do stuff better."

Microsoft ultimately launched MSN Music in 2004. The service shuttered in 2008 to make way for the ill-fated Zune Marketplace and other similarly abysmal content delivery products.

Interestingly, it appears that Microsoft was at one point considering a subscription service rather than the content licensing scheme adopted by iTunes.

"With the subscription who can promise you that the cool new stuff you want (or old stuff) will be there?" Gates asked.

After more than a decade of dominating digital music sales, Apple introduced its own subscription service in Apple Music to follow a market that had largely transitioned to streaming.