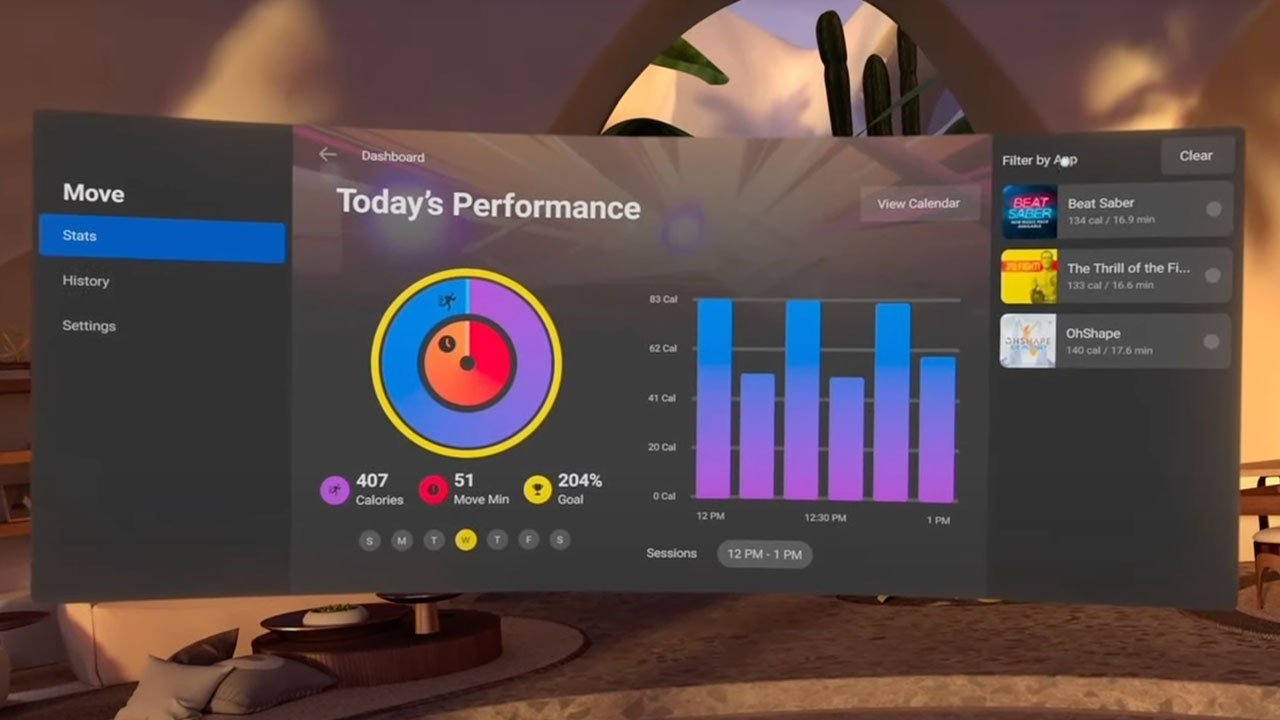 Discovered by developer Steve Moser, the code suggests Facebook is experimenting with a feature that would synchronize Oculus Move data to the Health app, Bloomberg reports. Users might also be able to view information saved in the Health app on a connected Oculus VR headset, the report says.

Introduced last year, Oculus Move is a Quest and Quest 2 feature that tracks movement and calories burned across any VR game or app. The resulting data is siloed in a special dashboard located in a user's Library. Some Oculus apps can display real-time statistics in an overlay, similar to the Apple Watch and Apple TV setup in Apple Fitness+.