AppleInsider
Posted: July 27, 2021 9:16PM
in Apple Watch edited July 2021
After trailing behind both the Mac and iPad sales in Apple's last quarter, revenue from wearables including Apple Watch have now exceeded both. 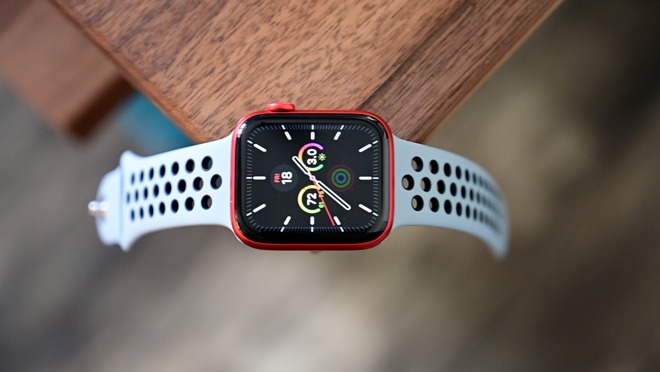 During Apple's latest earnings call, the company's figures showed a dramatic rise in the revenue from sales of what are officially classed as Wearables, Home and Accessories. At $8.8 billion, the 2021 quarter easily beat last year's $6.5 billion and last quarter's $7.8 billion.

"It was another very strong quarter for wearables home and accessories, which set a new quarter record by helping people find fun ways to stay entertained and connected at home and on the go," Apple CEO Tim Cook said on the call.

"Apple Watch remains a go to choice for users to stay on top of their health," he continued, "and reach their fitness goals. and our newest accessory AirTag is [getting] an enthusiastic response from customers, making the Find My network more useful than ever, while protecting user privacy."

In the second quarter, wearables were slightly behind the iPad's $7.8 billion, but considerably lower than the Mac's $9.1 billion. The latest quarter's figures show a very different picture, however, with the iPad coming in at $7.4 billion and the Mac at $8.2 billion.

More than a turnaround from the last quarter, it suggests that previous reports of wearable sales slowing were premature. In Q2, it had gained 24.7% over the same time in 2020, but that was lower than previous quarter growth.