AppleInsider
Posted: August 21, 2021 8:33PM
in iOS
Comedian and talk show host Bill Maher has waded into the debate over Apple's CSAM tools, declaring them a "blatant constitutional breach" against its users. 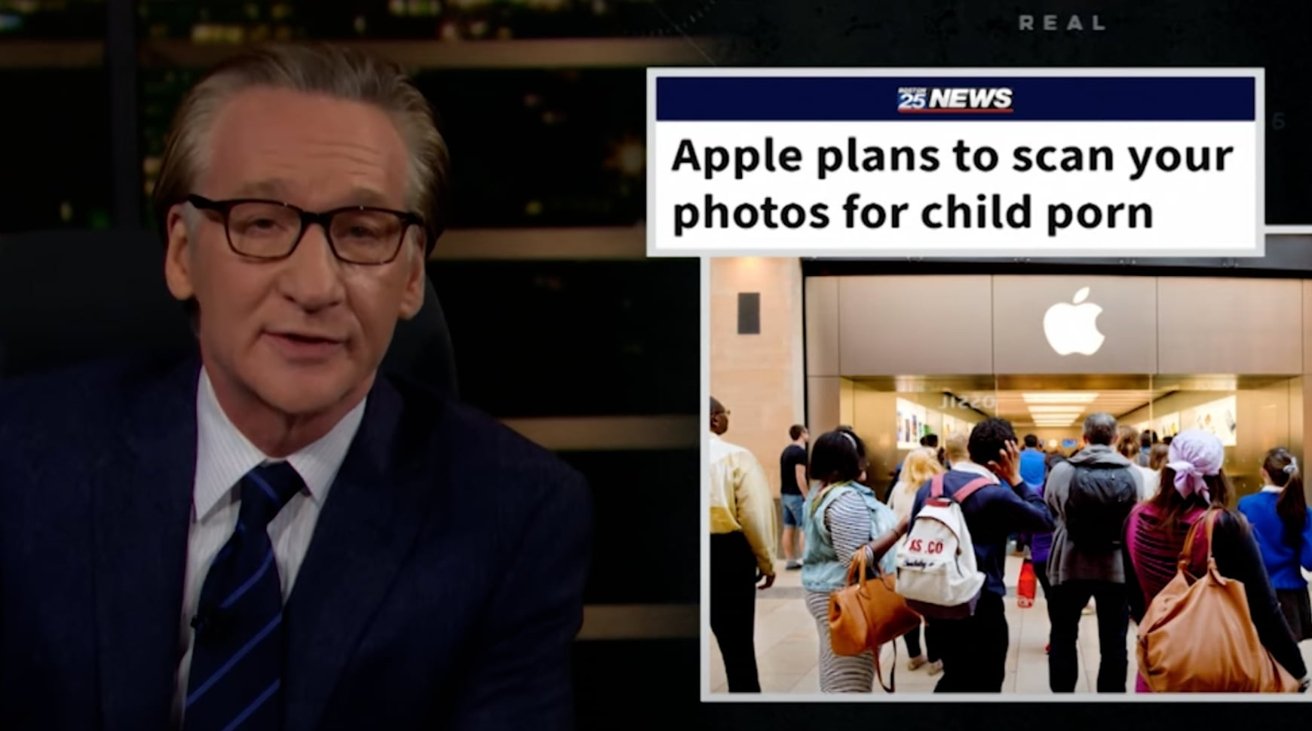 The CSAM debate over Apple's tools for detecting child pornography has a new high-profile participant, with comedian Bill Maher using a segment of his "Real Time" talk show to complain about the move.

The eight-minute segment starts with the outspoken host describing the tools as an update that will allow Apple to "hack into your phone without your consent to snoop through all your pictures, just in case you're a pedophile."

After saying he is against pedophilia, Maher goes on to say "nosing through everybody's private photo stash is casting an awfully wide, intrusive net." He compares the idea to a safe manufacturer saying they will occasionally check the safe for illegal material.

"Our phones should be like our wallets or purses. Private," he states, before asking "What about probable cause? What about the fourth amendment?" Maher then declares it to be "the very definition of unreasonable search and seizure, which can and will be abused to find evidence of other illegal stuff on our phones."

Maher claims he doesn't see a "strong fight" against Apple's initiative, which he claims is due to people's dependence on their smartphones.

The remaining time of the segment segues away from the CSAM debate to Maher complaining about iPhones and smartphones negatively changing how people act and how society functions.

While Maher's segment largely glosses over what the CSAM tools do, misrepresenting Apple's scanning of file hashes for full-scale phone snooping, it is arguably one of the most public attacks Apple has had over the matter.

Maher joins a long line of civil rights groups, the German government, a German journalist union, and even some Apple employees in complaining about the CSAM tools, and in asking Apple to reconsider their implementation.

Apple SVP of software engineering Craig Federighi admitted on August 13 that Apple's introduction of the tools could have been handled better, with its communication "widely misunderstood." Apple has also been performing damage control, by offering further explanations of the system, and detailing how security researchers can perform their own checks.