AppleInsider
Posted: September 27, 2021 11:37AM
in iPhone
A stampede of customers invaded a Chinese mall on Friday, looking to buy the iPhone 13, but many were turned away after the store was forced to stop selling the model. 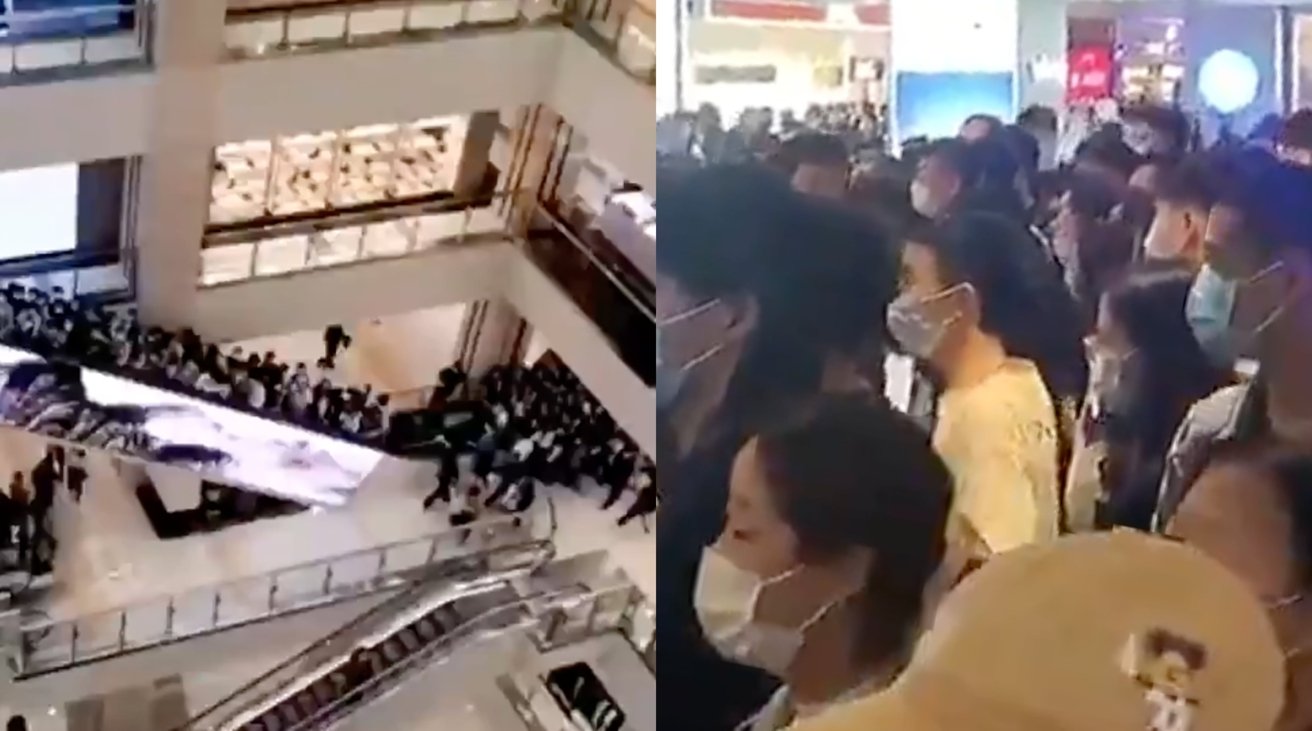 Customers running and queueing in China [via Newsflare/SCMP]

Apple released its iPhone 13 range to the public on Friday, prompting queues outside stores around the world. However, video reveals the popularity of the new generation of smartphones caused issues for one retail outlet.

Posted to Twitter by the South China Morning Post, hundreds of people are shown inside a shopping mall in Chia's Shaanxi province. The mass of people led to a massive queue on escalators up to one phone store in Seg International Shopping Mall when it opened at 10am.

Hundreds of people were seen running into a shopping mall in northwestern China's Shaanxi province to buy the new iPhone. pic.twitter.com/coBPsTrQ1A

The store was not an official Apple outlet, as it doesn't appear on the company's regional retail list. In the video, signs for other phone manufacturers are visible, further pointing to the outlet being an independent retailer, potentially a smaller Apple-only store alongside other manufacturer-specific sales spaces.

The sheer number of people in attendance forced the store to cease sales on release day itself. Instead, customers were told to arrive on Saturday, giving the retailer more time to prepare.

Queues outside Apple Stores are a typical sight for a new iPhone release, and 2021 was no exception. Throughout launch day, customers lined up in their hundreds to pick up the new devices, though generally in a more orderly fashion than exhibited in the video.