AppleInsider
Posted: September 21, 2021 3:12PM
in Apple Watch
Alongside the as-yet unreleased Apple Watch Series 7, Apple also released a refreshed lineup of Apple Watch bands. We go hands on with them to check them out. 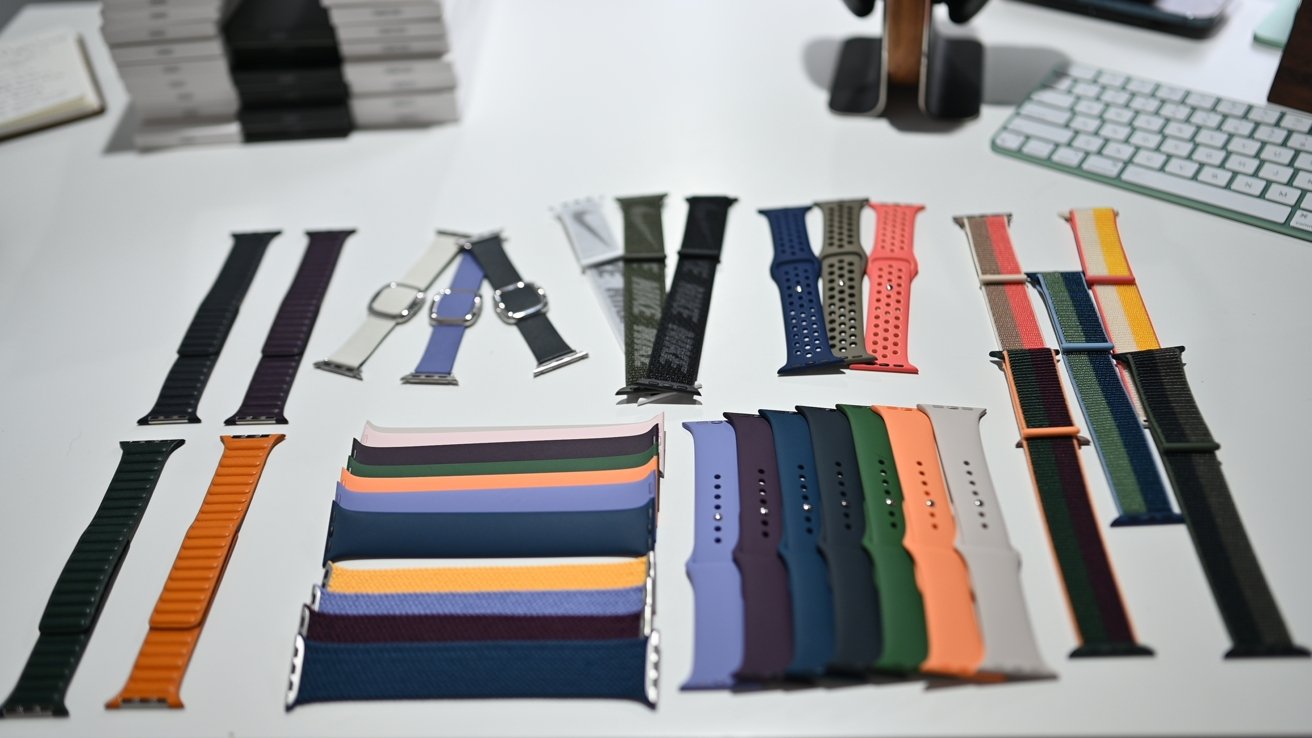 All the new Apple Watch bands

All of the new bands are now marked as either 41mm or 45mm sizes, matching the new sizes of the Apple Watch Series 7. Despite the name change, the 45mm bands are backward compatible with the 44mm and 42mm models, and the 41mm will still fit the 40mm and 38mm models. 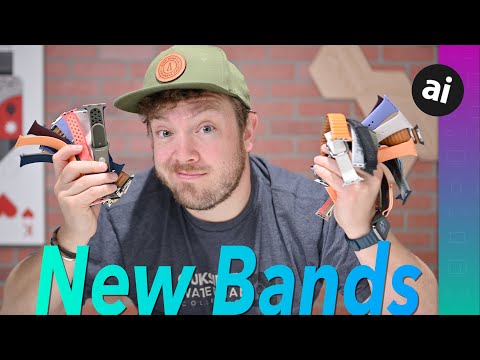 With the Apple Watch Series 6, Apple introduced several new styles of Apple Watch bands. That includes the Leather Link, the Solo Loop, and the Braided Solo Loop. Unfortunately, no new styles were introduced this time around, merely new seasonal colors to pair with the new watch. 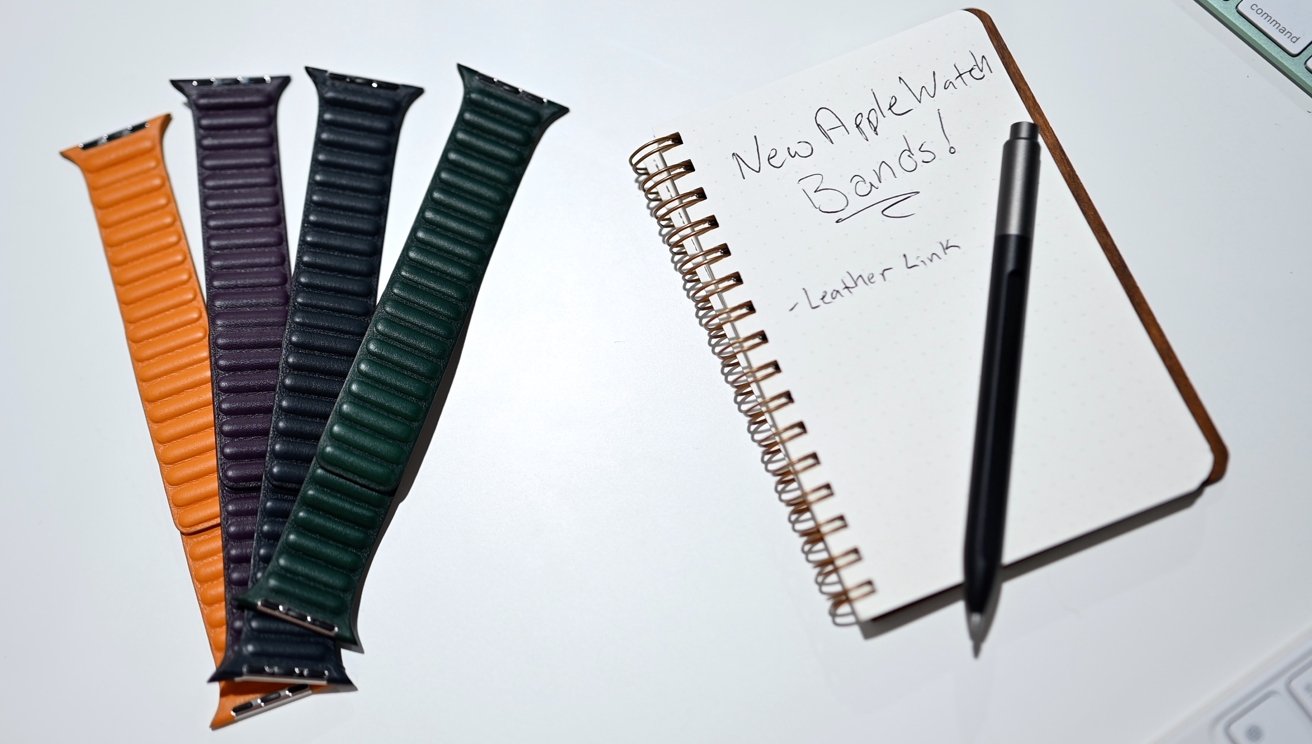 Since released, the Leather Link has been one of our favorite bands -- hands down. Apple's also has a much higher quality than the third-party ones that have flooded the likes of Amazon with weak magnets and tough, questionable leather.

The new colors of the Leather Link include Golden Brown, Midnight, Sequoia Green, and Dark Cherry. Our personal favorite here is Sequoia Green. It is a very dark color and looks like it would pair well with that new green aluminum Apple Watch Series 7. 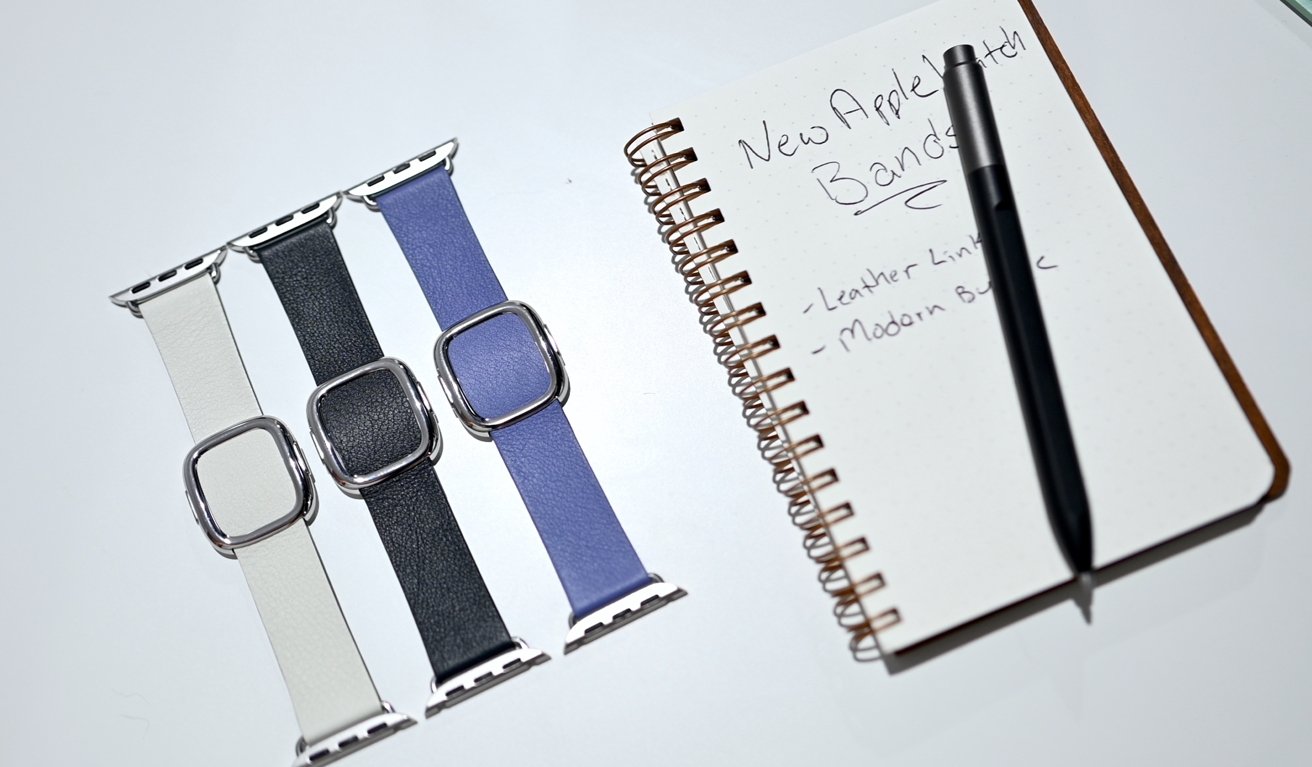 A second leather band that was updated was the Modern Buckle. It still comes exclusively in the 41mm size, the smaller of the two Apple Watch sizes. For late 2021, the new colors are Wisteria, Midnight, and Chalk. 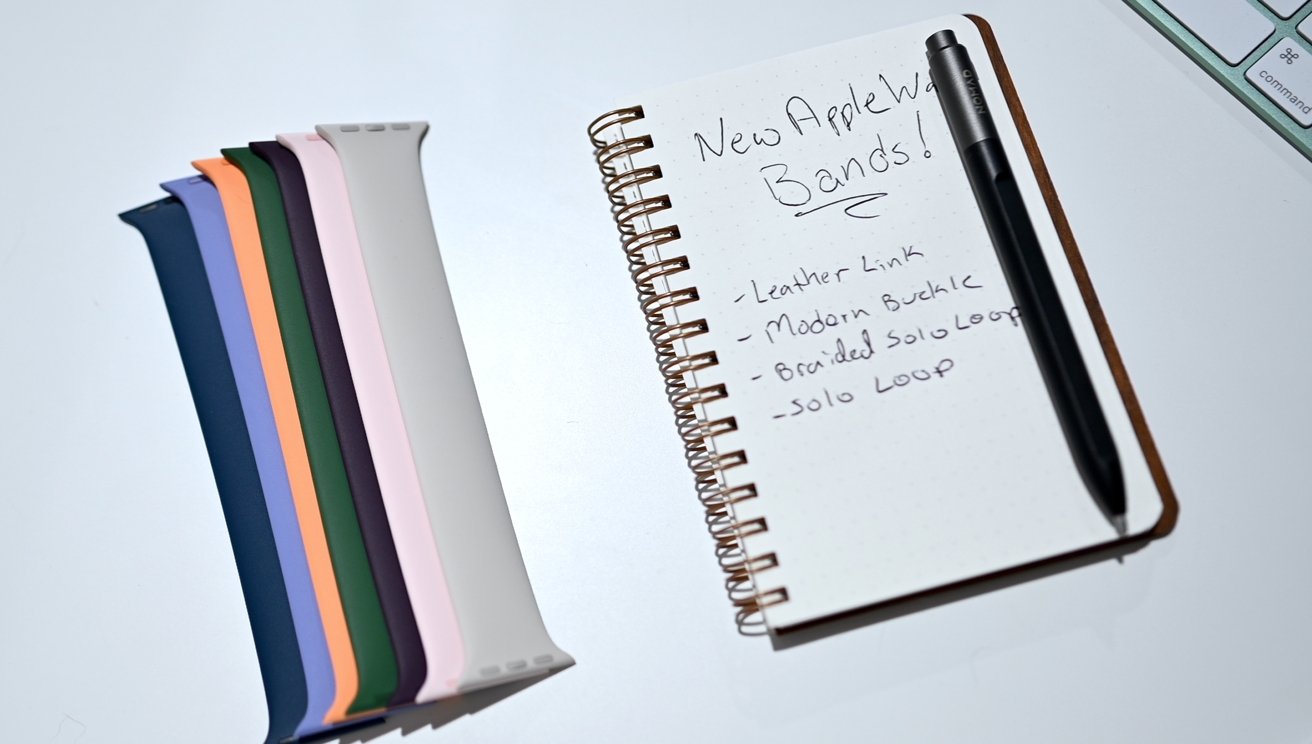 Starlight is a very light grey with an incredibly subtle off-white tint that does feel similar to the light emitted from a distant star. It's among our favorites, alongside that Abyss Blue. 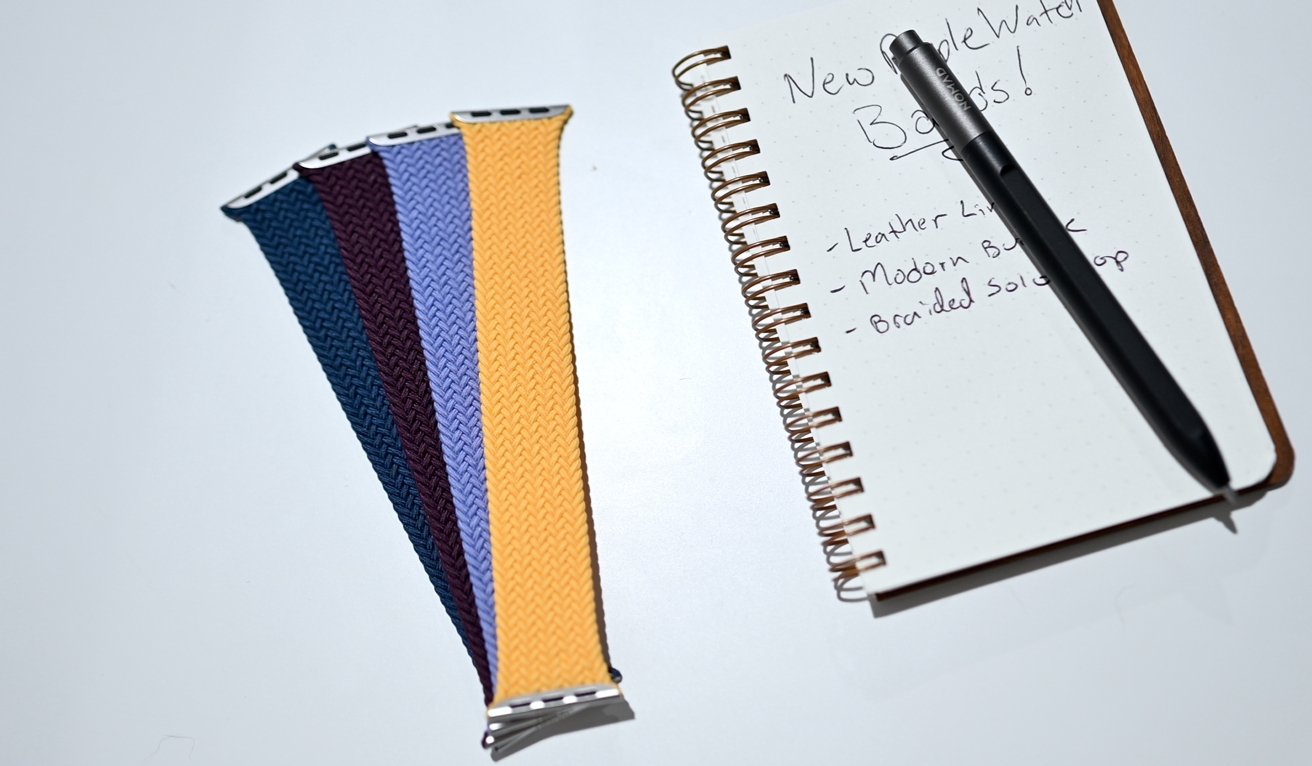 Similarly, Apple's Braided Solar Loop is now available in Maize, Dark Cherry, English Lavender, and Abyss Blue. The Braided Solo Loop is comfortable, but we still worry about how dirty it gets over extended use. 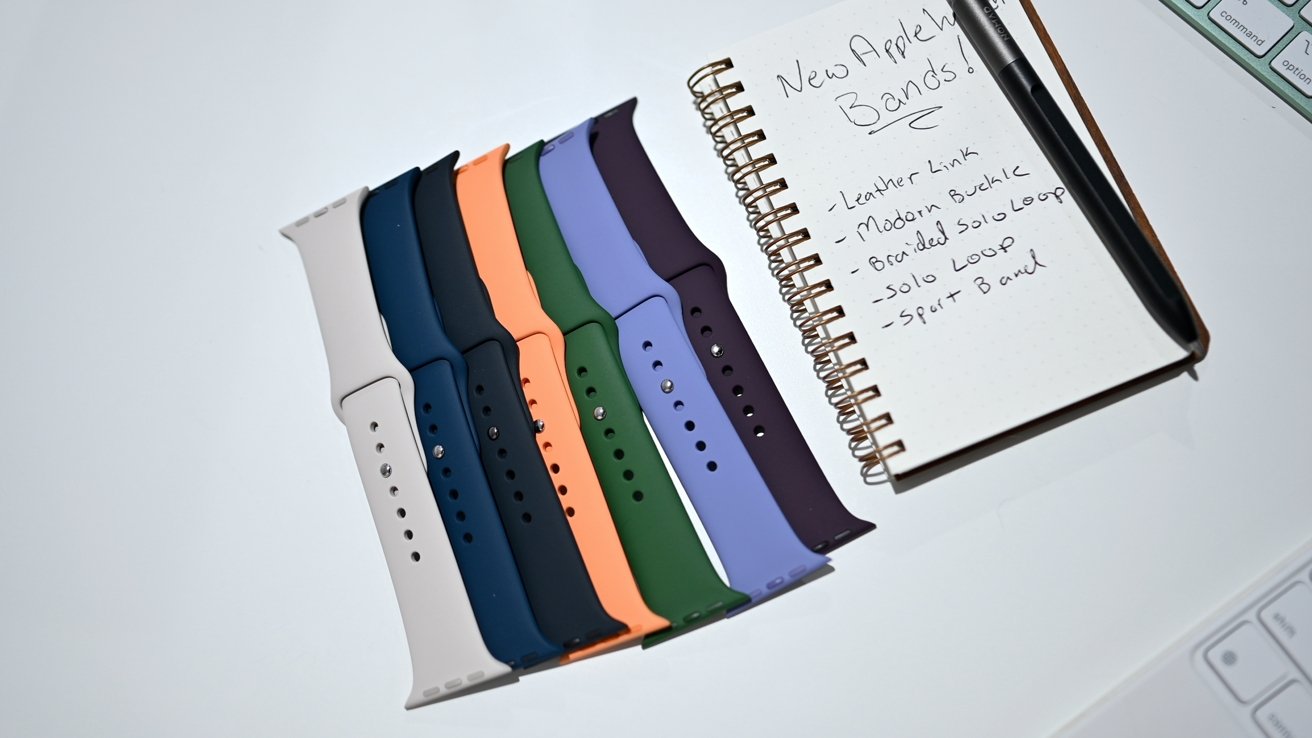 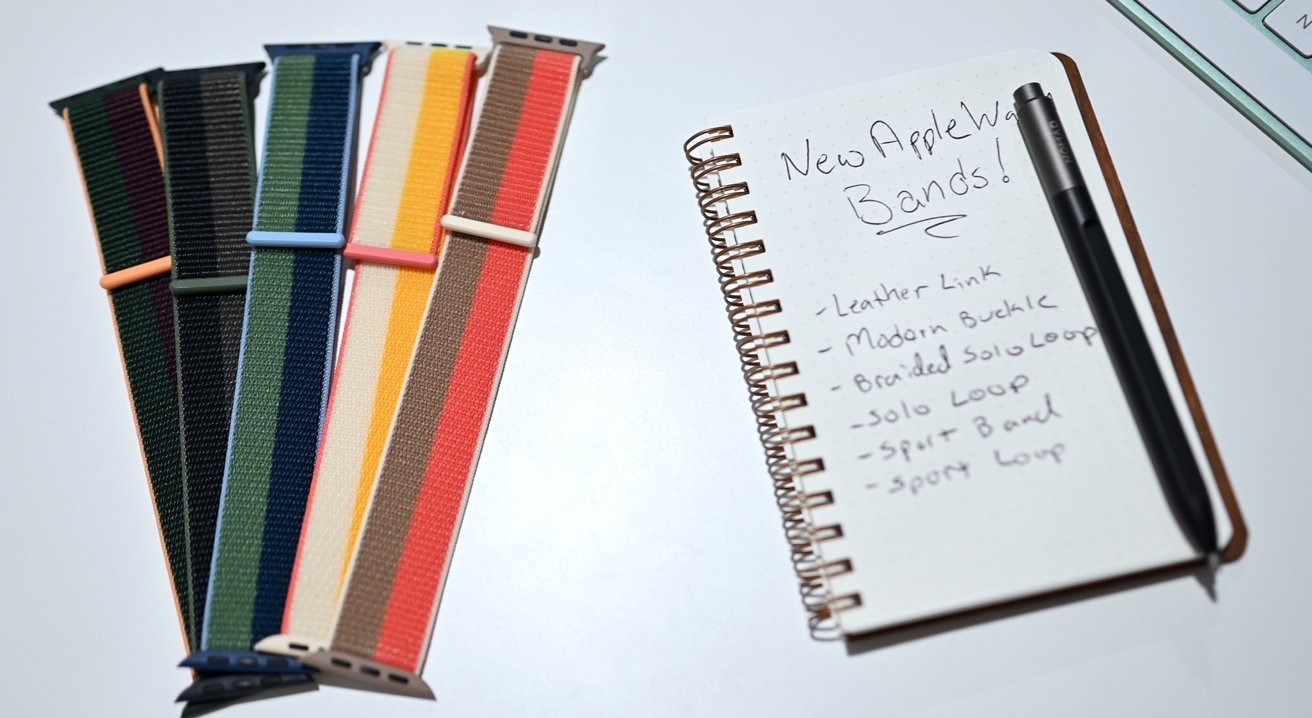 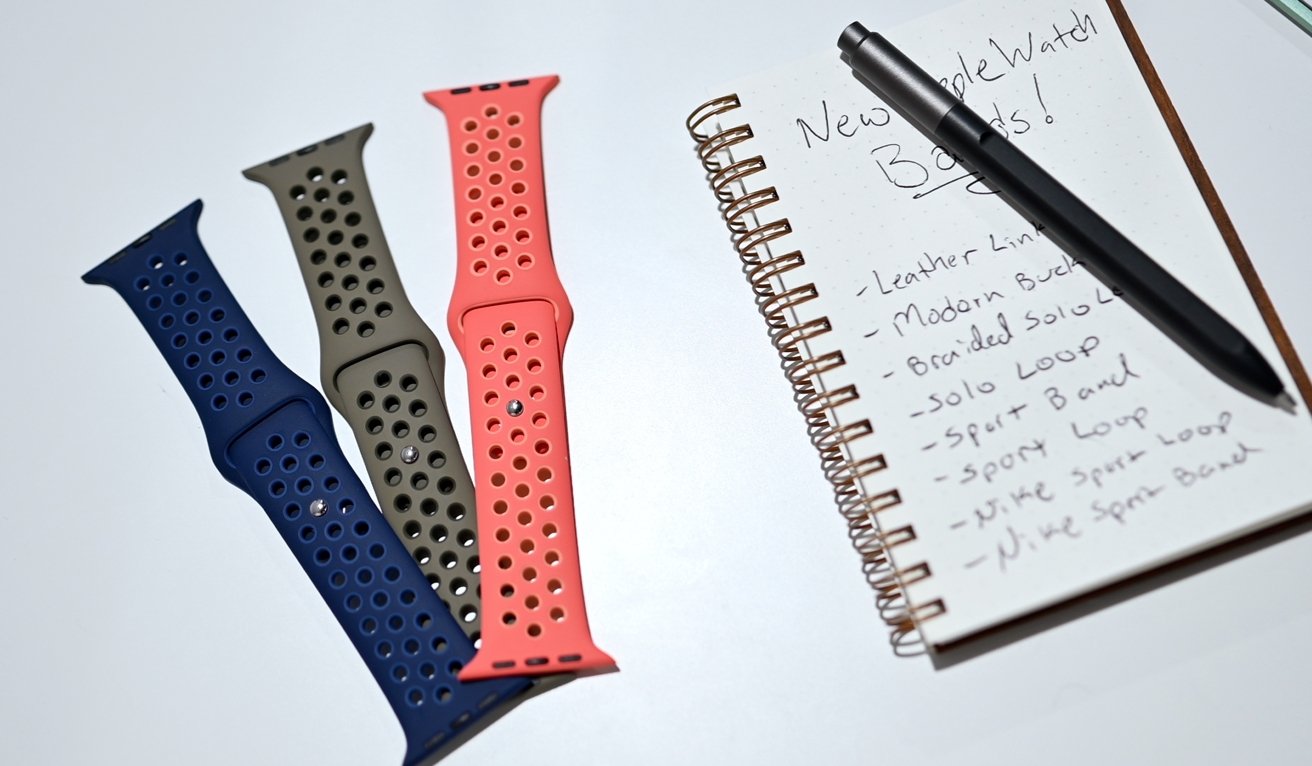 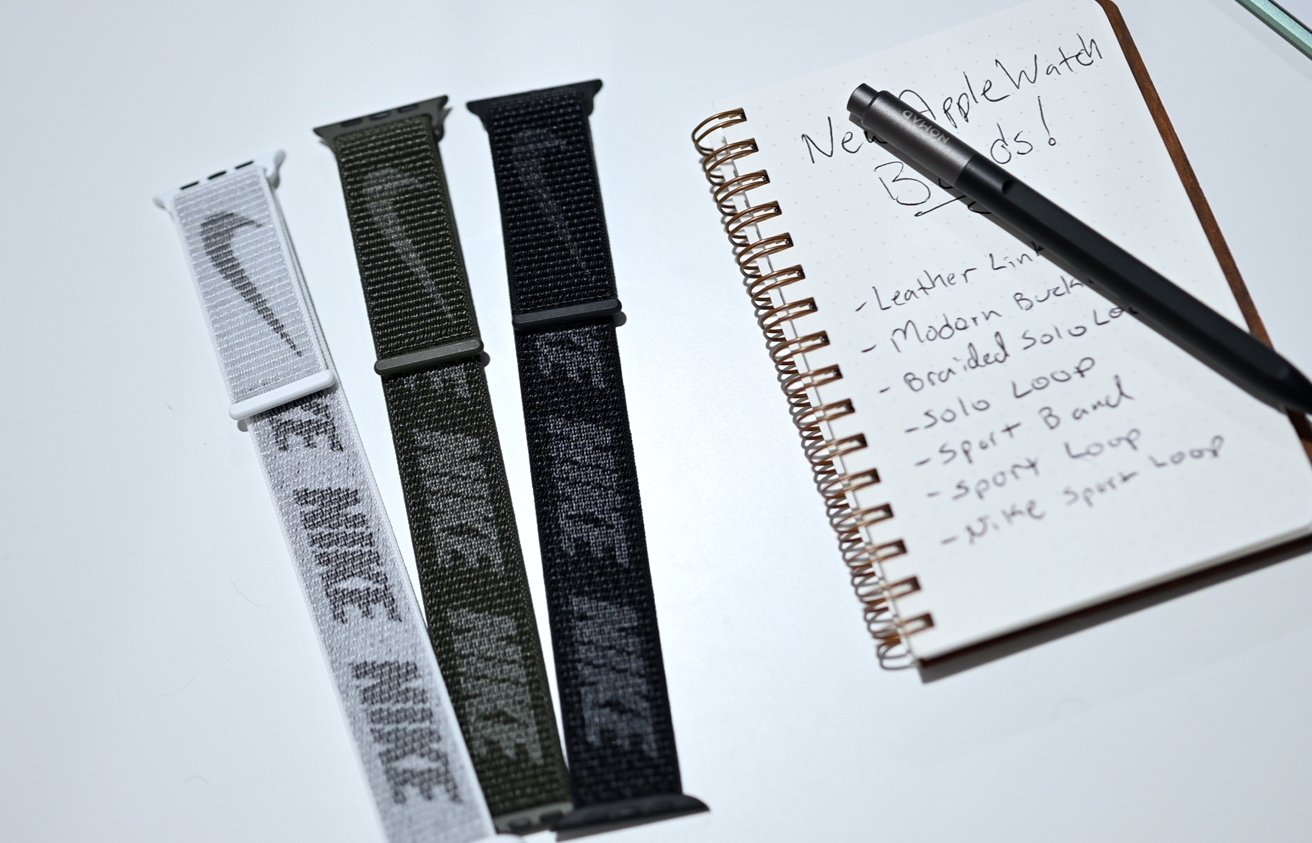 We also got a new version of the Nike Sport Loop, available in Cargo Khaki, Summit White, and black colorways. This band is the standard Sport Loop design but has a Nike swoosh and word mark displayed around your wrist.

All said and done, there's nothing game-changing with the fall release of Apple's bands, but there are some great color choices here. We're sure die-hard Apple Watch fans will find a color or two (or three) to add to their collection.

Many of the bands are available on Amazon while the rest can be found directly from Apple.