All the features missing from iOS 15, iPadOS 15, macOS Monterey at launch

AppleInsider
Posted: October 19, 2021 3:04PM
in iOS
Universal Control and SharePlay are only two of the surprising number of features promised for iOS 15, iPadOS 15, and macOS Monterey that failed to arrive at launch - or that have still yet to appear. Here's what to you can expect to arrive in the fall. 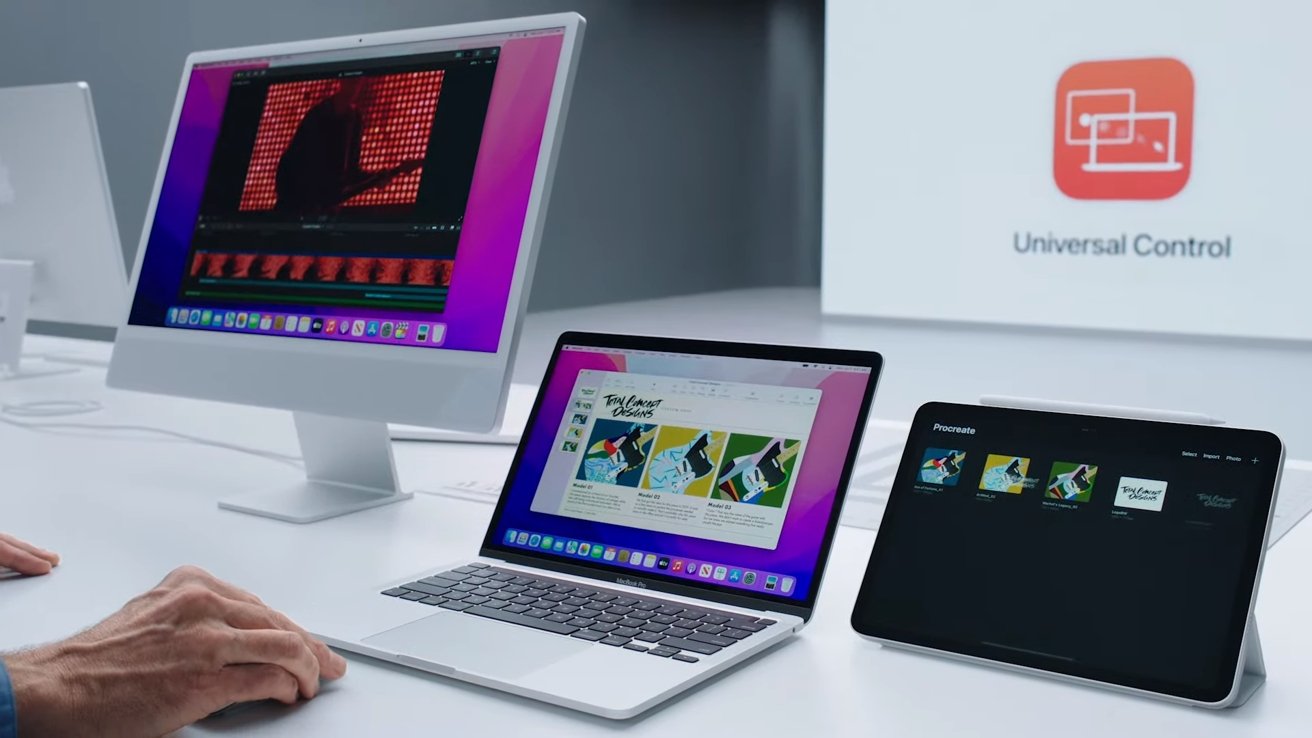 Once macOS Monterey is officially released on October 25, that will be all of Apple's new operating systems for the year. Except, none of them launched complete, all of them lacked certain promised features.

That is partly because iOS 15, iPadOS 15, and macOS Monterey had certain features that were shared between them all. So the most visible omission from iPadOS 15, for instance, was Universal Control, because that needed macOS Monterey.

Only, macOS Monterey is not going to include Universal Control on October 25. Nor will we see SharePlay, the FaceTime feature that will allow users to share media live and talk to each other at the same time.

That is promised for iOS 15, iPadOS 15, macOS Monterey, tvOS 15, and even watchOS 8. In every case, the features are said to be coming later in updates, and some have already been seen in betas.

For once, Apple's documentation seems to be out of kilter over Find My support in AirPods and AirPods Max. It was announced as being pushed back and then it was introduced.

Yet Apple still lists it as "Coming later this fall."

Similarly, while Apple appears to have big ambitions for CarPlay, smaller updates seem to be escaping attention.

Apple Maps has gained improved navigation on iPhone, but Apple says those features won't be in CarPlay yet.

"CarPlay support coming in a software update later this year," it then says.

Only, CarPlay does seem to be showing new iOS 15 navigation features already, such as indicating how long traffic delays are expected to take.

Features missing from all OSes at launch

Aside from Universal Control, and SharePlay, these two are features that should be arriving cross-platform. And of them, App Privacy Report has now made an appearance, even though Apple officially says it's still "Coming Soon."

App Privacy Report is a new section in Settings on iOS in iOS 15.0.2, which "shows how often your location, photos, camera, microphone and contacts have been accessed during the last seven days."

The Digital Legacy program, "coming in a software update to iOS 15," is for designating specific people as "Legacy Contacts so they can access your account and personal information in the event of your death."

Apple again says it's coming, but has a website for it. Clicking on Learn More takes you to a general support page which, at time of writing, doesn't even mention it. 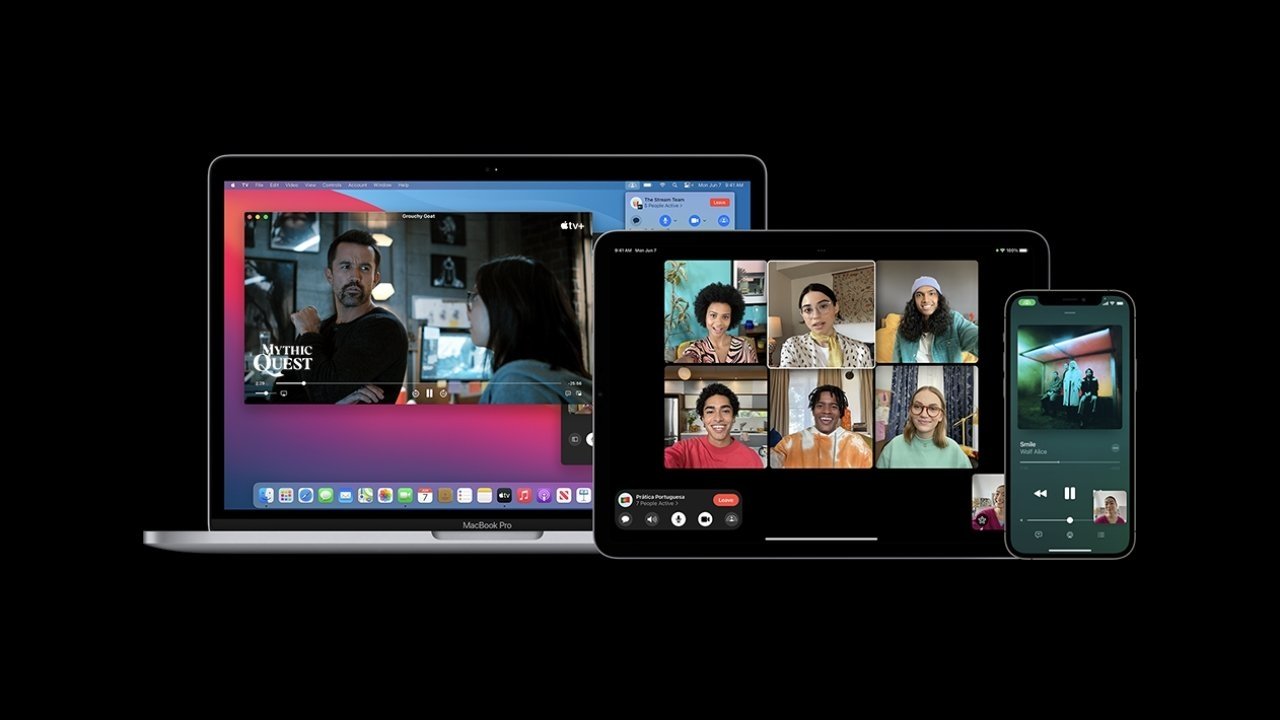 SharePlay coming to a device near you

Driver's licences might need renewing before they are on iPhone

Although listed as an iOS 15 feature, and despite certain states announcing support, we're not going to see drivers' licences on iPhones just yet.

The feature is officially called ID in Wallet, as it covers more than solely drivers' licences. But it's also officially listed as being "Available late 2021."

That's a lot of features to be listed as "coming later this fall" on macOS Monterey. But you can seemingly see them all in Photos on iOS 15, and iPadOS 15.

Although speaking of photos and the like, the very first thing Apple said at the launch of ProRes video on the iPhone 13 was that we wouldn't be seeing it until later this year.

Tim Cook does keep insisting that Apple AR is vital, but a promised related feature was not included at the launch of iOS 15.

RealityKit 2, which is Apple's new "3D rendering, physics, and spatial audio engine," won't be around until late 2021.

Perhaps sooner than that, though, there will be Fall Detection for Workouts on Apple Watch. The Watch already has general fall detection, and Apple has made a big deal about it being able to register when users fall off a bike.

But the seemingly separate version for workouts is still officially listed as "coming later this fall."

When we will see these missing features

ProRes video has now been spotted in beta 3 of iOS 15.1, and it does look like that release is going to bring a great many missing features.

Most significantly, SharePlay appears on track to be included in iOS 15.1, iPadOS 15.1, and is in a beta update to macOS Monterey. SharePlay has also been included in tvOS 15.1 beta 2.

SharePlay is also coming to Apple Watch "later this fall." The Watch might not seem like an obvious place for SharePlay, but watchOS 8 and Apple Fitness+ will use it to set users "start a Group Workout from a group message thread, or FaceTime call."

There may be more

Strictly speaking, Apple's CSAM child protection features were promised for iOS 15, but rather than missing, they have been postponed.

That was an example of Apple revealing a major feature for iPhones, yet choosing not to do it at the iOS launch. It's not the only new feature to come in under the wire, either.

There's also vaccination cards in Apple Wallet. That doesn't appear in Apple's feature list for the Wallet in iOS 15, but the company has announced it for iOS 15.1.

So while not every missing feature has a promised new date, a great many are coming in iOS 15.1. More are listed as coming later this fall, some are available "late 2021."

Don't expect much gap between those two, however. While it might not seem it, the official end date for the fall is December 21.