AppleInsider
Posted: November 2, 2021 2:30PM
in iPod + iTunes + AppleTV edited November 2021
BBC Studios has joined Apple Podcasts with a premium subscription which brings many UK shows to US and Canadian listeners for the first time. 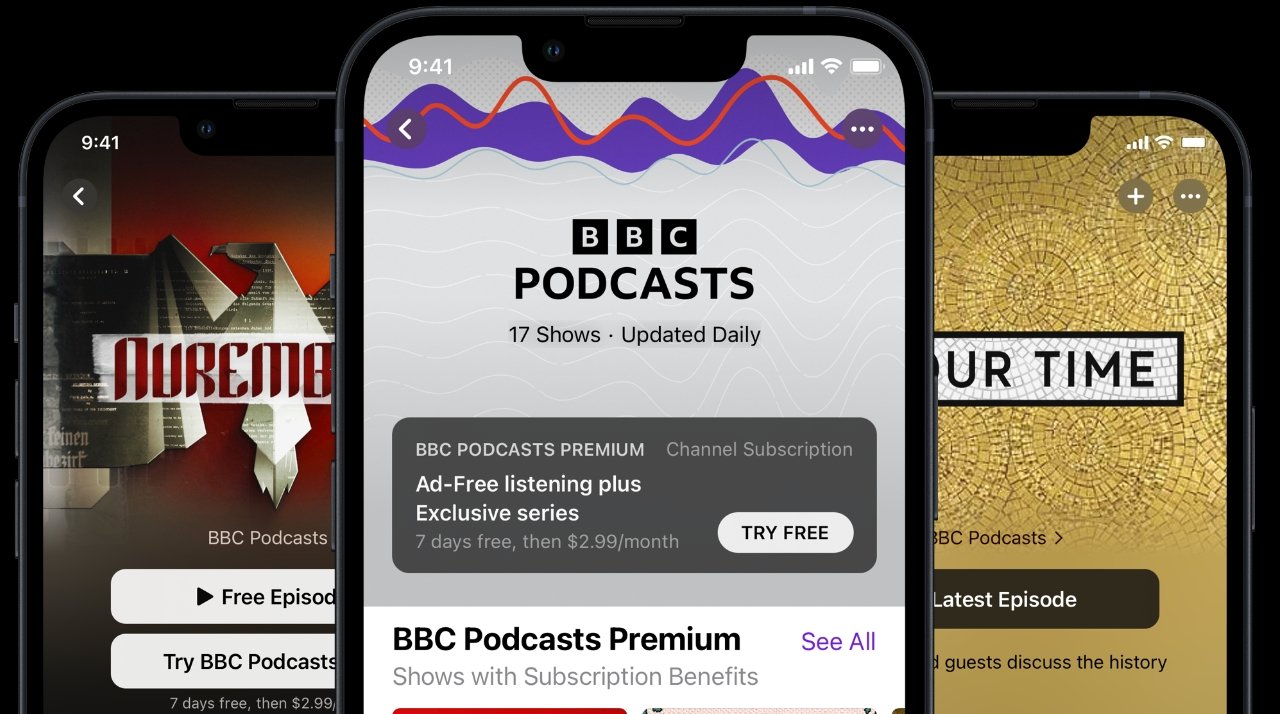 "Audio storytelling is where the BBC first began almost a century ago," said BBC Louise la Grange of BBC Studios, "and we're proud to expand on that tradition with the launch of BBC Podcasts Premium."

"We are incredibly excited to collaborate with Apple on its subscription product," she continued, "that offers a compelling and seamless way for audiences in the U.S. and Canada to enjoy the very best of our global audio journalism and storytelling, all ad-free, along with never-before-heard titles this side of the pond."

The new podcast subscription means that famous BBC Radio 4 series such as historian and novelist Melvyn Bragg's wide-ranging "In Our Time" will now be available without adverts. So will lighthearted science hit, "The Infinite Monkey Cage."

New podcast-first series include "You're Dead to Me," a "history podcast for people who don't like history." And "Grounded with Louis Theroux," an interview series from one of the UK's most famous documentary makers.

According to The Verge, Apple Podcasts has also now gained Slate. The news, politics, and culture series of shows includes "Slow Burn," whose third season launches with the new Apple Podcasts service.