AppleInsider
Posted: November 17, 2021 3:46PM
in General Discussion edited November 2021
Just because you can do something, it doesn't mean you will. Apple may be counting on that with its new Self Service Repair program, as repairs are likely to come with a high initial outlay. 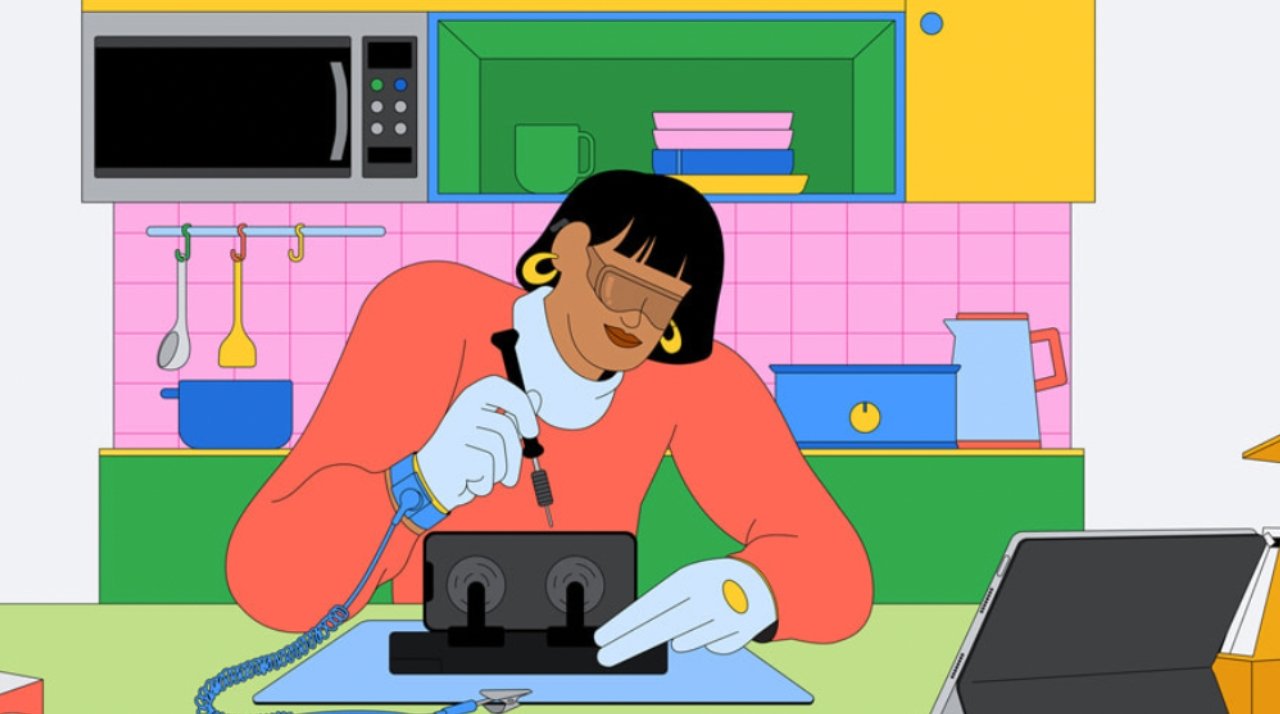 Apple should be applauded for launching its Self Service Repair program. Keep the din to a minimum, though, because it almost certainly did it to head off future legislation.

The new program has been announced as Apple has spent millions lobbying against right to repair legislation being considered by states nationwide, such as the New York Senate, and so many more.

However, beneath the basic idea that users will be able to repair their iPhone or Mac, there are hidden costs -- and we don't yet know what all of them will be.

Self Service Repair will work for parts in much the same way that Apple's trade-in program for the Mac and the iPhone currently does. Just as with that trade-in, the user must pay the full price for a part, and then get refunded the worth of their old one, once Apple has inspected it.

What Apple does not say is what the cost of those components will be. The way it works with Apple authorized repair centers is that they have to pay a greatly inflated price for the component up front.

Apple refers to a replaced part now as being a "core." Following repair, when that broken part is returned to Apple, the servicer gets a credit for it.

Again, Apple has not indicated how this will work with the new program. But for instance it has been common for a service center to pay $1,000 or more for a part up front, and then eventually get $800 back.

The new program has been announced with few details, which we have asked about. One element seems to make it clear that there will be another key fee.

"[A] customer will place an order for the Apple genuine parts and tools using the Apple Self Service Repair Online Store," says Apple, very specifically mentioning the tools.

So alongside whatever the cost of the component is, users will have to buy Apple tools and it's not yet clear if one tool purchase will cover future repairs even for the same part. For an individual intending to make one repair to their one device, it's unlikely to be a good balance of what you get versus what you pay for.

Apple does stress that for "the vast majority of customers, visiting a professional repair provider with certified technicians who use genuine Apple parts is the safest and most reliable way to get a repair."

That is unquestionably true, given how there are one billion people using iPhones. Apple's customer base today works out at around 25 iPhone users to every one Mac user, and its old hobbyist days are decades behind it.

An AppleInsider reader on the aggregate is more technically inclined, and more regulars know enough to effect a repair. The vast majority of Apple's customers do not, and many will try anyway.

Will you take advantage of Apple's new Self Service Repair program?

Apple says that the program will initially "focus on the most commonly serviced" parts, such as the iPhone's "display, battery, and camera." Repair, in this case, really means replacing components, but swapping parts out risks damaging others.

For example, in most battery swaps for the iPhone, the screen needs to be removed. This is not a simple procedure, and the screen is easily broken during the process with even the most minor of slip-ups or inappropriate force application.

Previously, Apple has objected to the Right to Repair movement by saying that the iPhone, for instance, is "too complex" for untrained consumers to repair. The company has also said that inexperienced users could easily puncture the lithium-ion battery in an iPhone, and injure themselves.

Injuries may happen, and Apple is certain to have considered how likely it is to be sued over some botched repairs. Nonetheless, Apple has been under pressure to enact some kind of right to repair service -- even Steve Wozniak has said it should -- and this new program is a response to that.

Yet its real worth is as a response to critics, and as a way of warding off future legislation. It's not going to make a difference to nearly every individual user, not directly.

For even if a given user is competent enough to make the repair themselves, it's not likely to be worth their while since labor has a cost even if it is your own labor. If it costs more to buy the tools, and a user has to initially pay out far more than the component costs, at least some are going to choose to buy a new device, or pay Apple for the repair.

Where this will make a substantial difference is in the smaller repair shop. They'll still have the same cost of tools and up-front components, but if they are making sufficient repairs, then it could be worth it for them.

And then that could in turn mean that it becomes cheaper for users to use these smaller repair shops.