AppleInsider
Posted: December 1, 2021 3:05PM
in General Discussion edited December 2021
Apple surprised us in November 2021 with a Self Repair service, and surprised South Korea with its "nonsensical" legal stance, but at least you can now get a cleaning cloth. 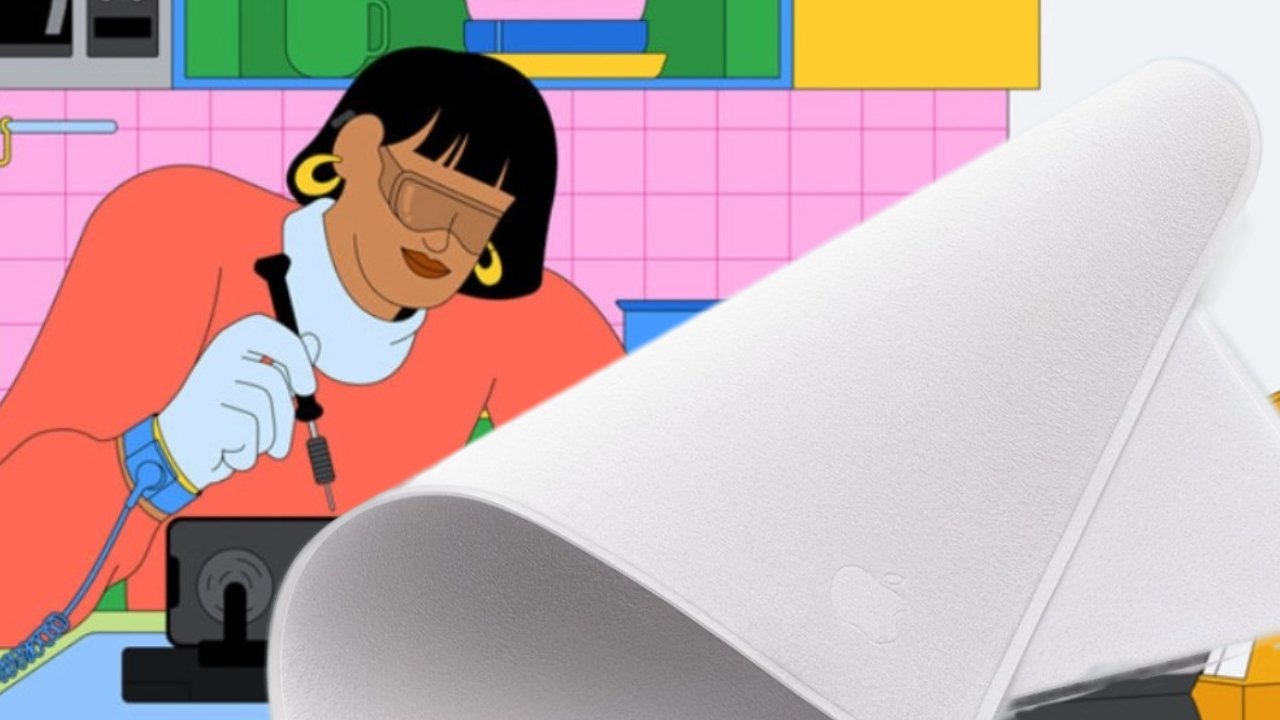 Just as we had in October 2021, many of us spent November waiting by our front doors for the new MacBook Pro -- or special Apple Cleaning Cloth -- to finally arrive. But that didn't mean Apple took a break. The company may not strictly speaking have launched anything in the month, but it announced some key launches to come -- and it was, of course, embroiled in controversies.

Perhaps the most unexpected move was when Apple announced that it is going to launch a Self Repair service in 2022. The mere announcement, or really even the mere headlines of the announcement, were enough to get Right to Repair people trumpeting their success.

There have been countless calls from Right to Repair advocates -- including Steve Wozniak -- and there have even been long debates about it within Apple. So as long as there are issues such as the tiny chip that made iPhone 13 screen repairs nearly impossible, there will be calls for Right to Repair.

So in that sense, Apple's announcement is a victory. The detail of the announcement, though, is another matter. Tim Cook says he "feels good" about the move, but that could well be because knows how it's going to play out.

Just given the constraints we know so far, it's unlikely that many iPhone users are going to take up Apple's offer. It's more likely that many who do will inadvertently cause more damage to their devices, too. 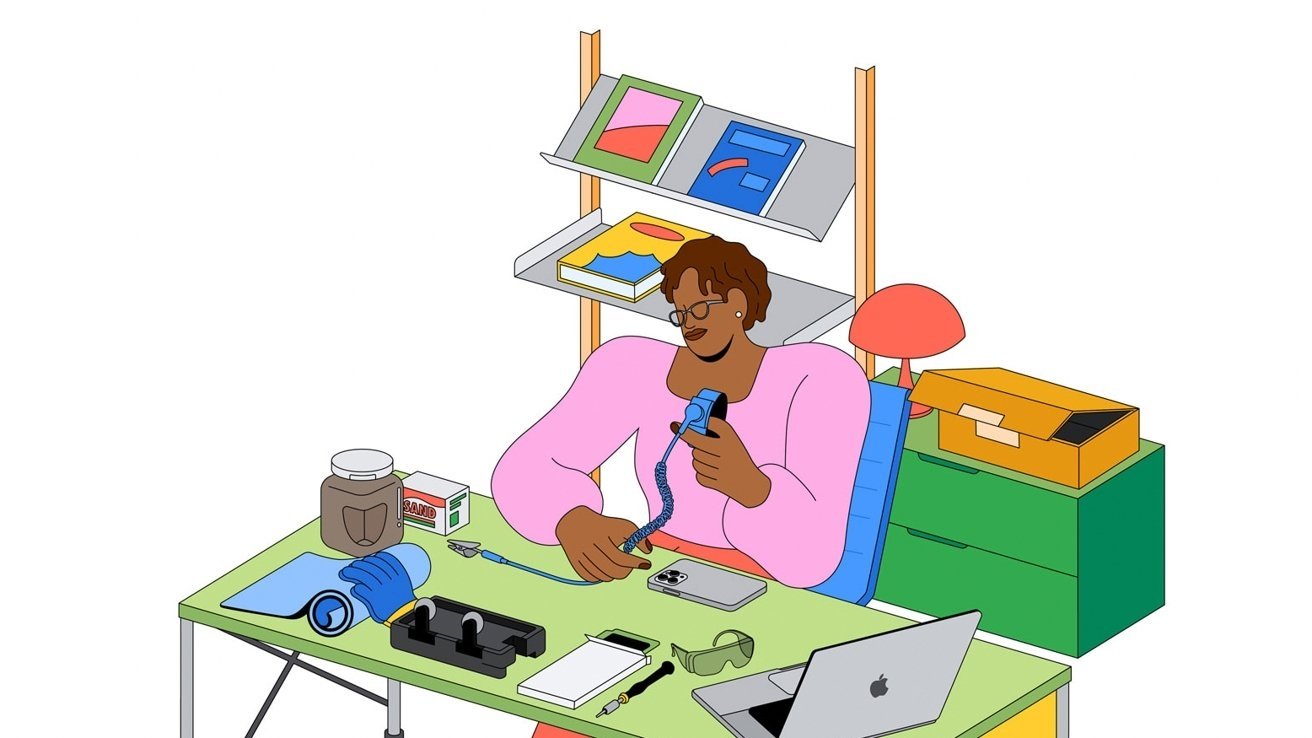 Apple announces a self repair program

So Apple got ahead of the Right to Repair legislation that is coming, and it has done so by offering individuals a repair option that probably doesn't affect its bottom line.

From individuals to businesses

As Apple looked to the individual and the small repair shop, it was also looking at its slightly bigger business customers. If you run a corporation laden with Macs, you should be looking at the existing management service, Jamf.

But if your firm has up to about 500 employees, you will soon be able to use Apple Business Essentials instead.

Currently in beta, and properly launching in spring 2022, this is a device management service. Amongst many other things, it means new employees can be handed a Mac, iPad, or iPhone, and have it set up for them with all the company's required apps, logins and so on.

Jamf's CEO said that Apple creating this service could be a "terrific opportunity." There was a time when Steve Jobs welcomed IBM, too.

Decades on from that start of the IBM/Apple rivalry, the world is a very different place and we are all now incredibly clued-in to how technology works. Unless you're on trial.

This is hardly the most controversial aspect of the Rittenhouse trial, nor even the most surprising. But during the hearings, lawyers asked for a mistrial because Apple Mail compressed a video.

It's certainly true that most users neither know nor have reason to care that Mail will make a file smaller to email it, but we are all at least clear on how pinch to zoom works.

Unless you're on trial. In which case, apparently, pinch to zoom is the manipulation of video by on-board artificial intelligence that changes footage to "create what they believe is happening." 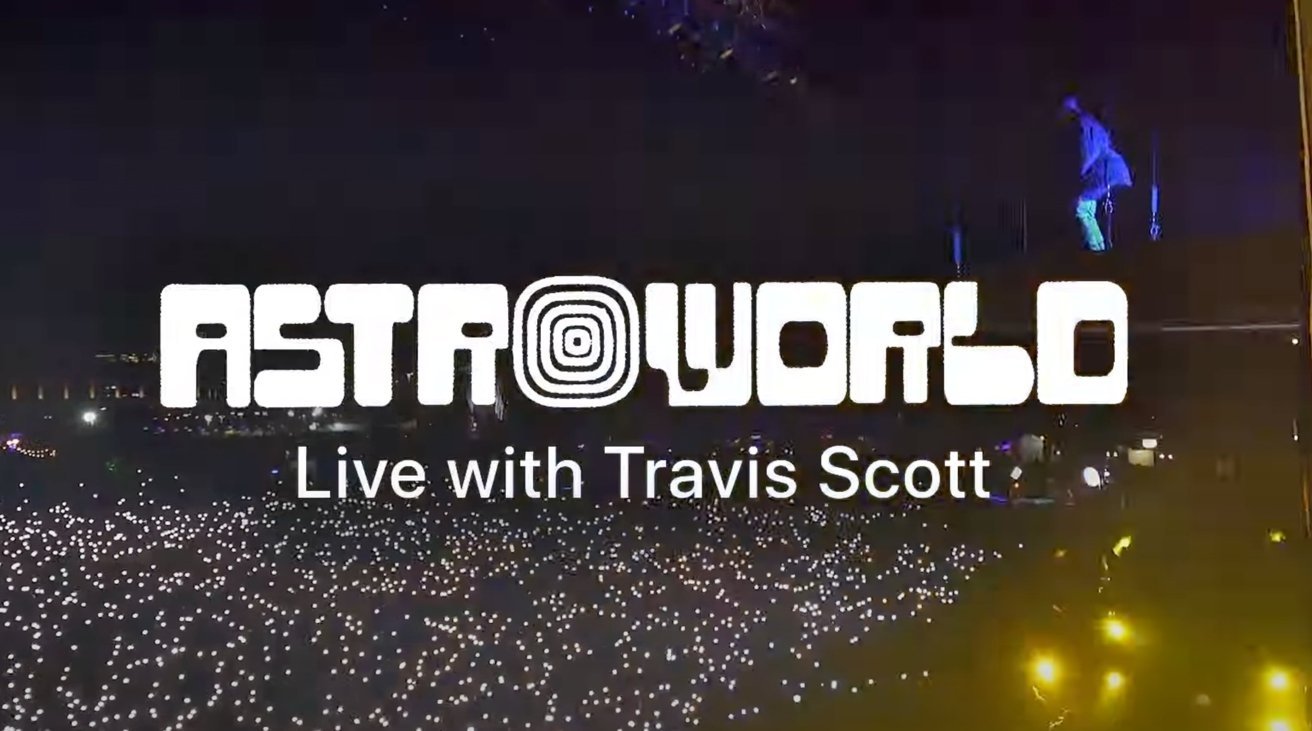 One horrible event that took place in November 2021 was the Apple Music-streamed Astroworld concert. A surging crowd of 50,000 attendees initially lead to the deaths of 8 people, and injuries for over 300.

At least one more person has since died as a result of their injuries, and Apple Music is now among several firms being sued. Cases including a $2 billion suit claim that the organizers "cut costs, and put attendees at risk."

Those cases were only just beginning in this month, but others reached a kind of conclusion in November. Legal cases never end, they just lose their appeal, but for now, Italy has ruled that Apple owes it a lot of money.

A separate case, this time against Apple and Google, jointly fined the two companies a further $11.2 million. It's not clear how that sum is to be divided, but it is clear that it was the maximum Italy could impose over alleged breaches of the country's Consumer Code.

Apple is not a saintly company, and there are legitimate concerns over its business practices and those of all Big Tech firms. But Italy's "and another thing" does make it feel like countries are seeing opportunities to withdraw money from the Bank of Apple.

Also concluding in November, probably, was the issue of how Apple subjected retail employees to off-the-clock bag searches. Apple has offered to pay $30 million to settle the case.

Apple has also, though, said that its staff are of course allowed to discuss their pay and conditions within the company. But an ex-employee disagrees, and claims to have non-disclosure agreements to prove it.

Similarly disagreeing with Apple, and pulling no punches about it, was South Korea. The country is enacting legislation that requires Apple, and Google, to offer alternative payment systems in the App Store.

Google has announced changes to comply with the law, but Apple says it doesn't need to -- because its existing system is already compliant.

"Frankly, we are not satisfied," South Korea politician Jo Seoung-lae dohe said. "Apple's claim that it's already complying is nonsensical."

As this expert witness claimed that Apple's App Store was costing billions of dollars, Judge Gonzalez Rogers pointed out that McFadden "isn't an expert in any of it." 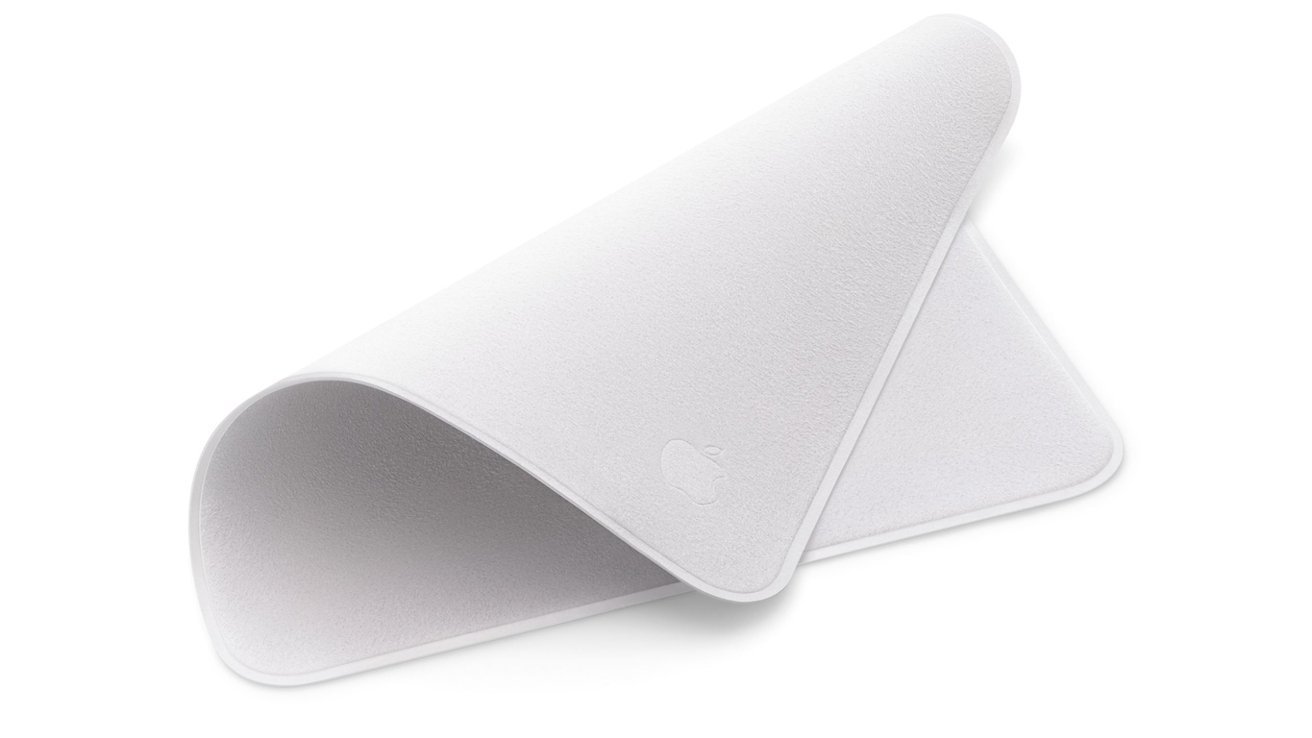 Apple's Brandon Yoon is an expert in the company's work in South Korea, or rather he was. Yoon quit his role as Apple general manager and sales chief in the country.

At the same time, Sam Jadallah, whose official job title at Apple was Head of Home Services, also quit.

But then Apple hired Christopher "CJ" Moore, former Tesla engineer, to work on an undisclosed project. Can't imagine what that is.

And Apple TV+ went and poached 20th Television's Erin May. She's to be a senior creative executive, joining two years and two weeks after the service began.

So if it's not exactly a revolving door at Apple, there's at least no shortage of executive talent moving around.

It was still extremely hard to get the Apple Watch Series 7 you want. Many online orders were now quoting a shipping date of the middle of January.

Apple has reportedly moved production from the iPad to the iPhone, but it's not enough to meet demand across Asia.

What Apple should probably do is make a rubbish iPhone for once. That'd cool demand a little, and there wouldn't be any more of China selling $15.6 million worth of the iPhone 13 in two seconds.

That's two seconds. The time it took you to read this sentence. And there is more -- that $15.6 million came during China's "Singles Day" event on November 11. Apple had already sold over five million iPhones in September.

Still, you'd understand if Apple diverted production away from the mildly successful iPhone over to, say, the cleaning cloth. It's probably got a higher profit margin, for one thing.

And in November 2021, Apple managed to surprise us by shipping the cleaning cloth ahead of schedule. Doubtlessly there were some relieved faces on Christmas Day because of that. 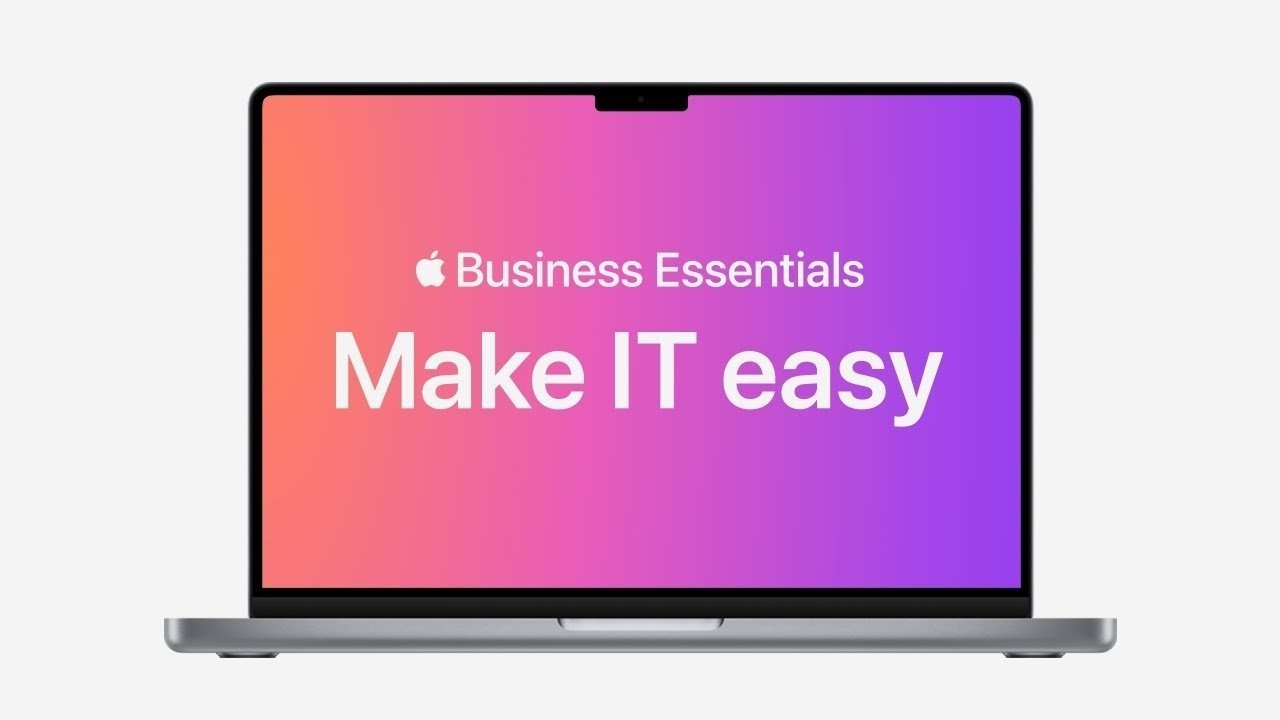 Our devices are too small

While trying to order the Apple devices you wanted proved to be a headache in November 2021, TikTok user @iamcarliiib had a kind of solution. She took an AirPod instead of some Ibuprofen.

"I was crawling into bed," she says in her TikTok video, "I had Ibuprofen 800 in my right hand and I had my left AirPod in my left hand."

She did swallow it, it did make gurgling noises on her next phone call, and the situation did, er, resolve itself a while later.

There was better news for the Orlando pilot who dropped an iPhone onto a runaway -- and it survived. It survived completely unscathed.

"No way an iPhone fell off a plane going 50 [to] 60 miles an hour and didn't break the screen," said Air Traffic Control in a recording of the airport communications.

Of course, if this had happened next year, it wouldn't have mattered if the iPhone were damaged. This clumsy pilot would've been able to repair the screen on the spot.