AppleInsider
Posted: December 15, 2021 3:03AM
in General Discussion edited December 2021
Some users are now reporting that they are unable to see the macOS 12.1 update on their M1 Macs. 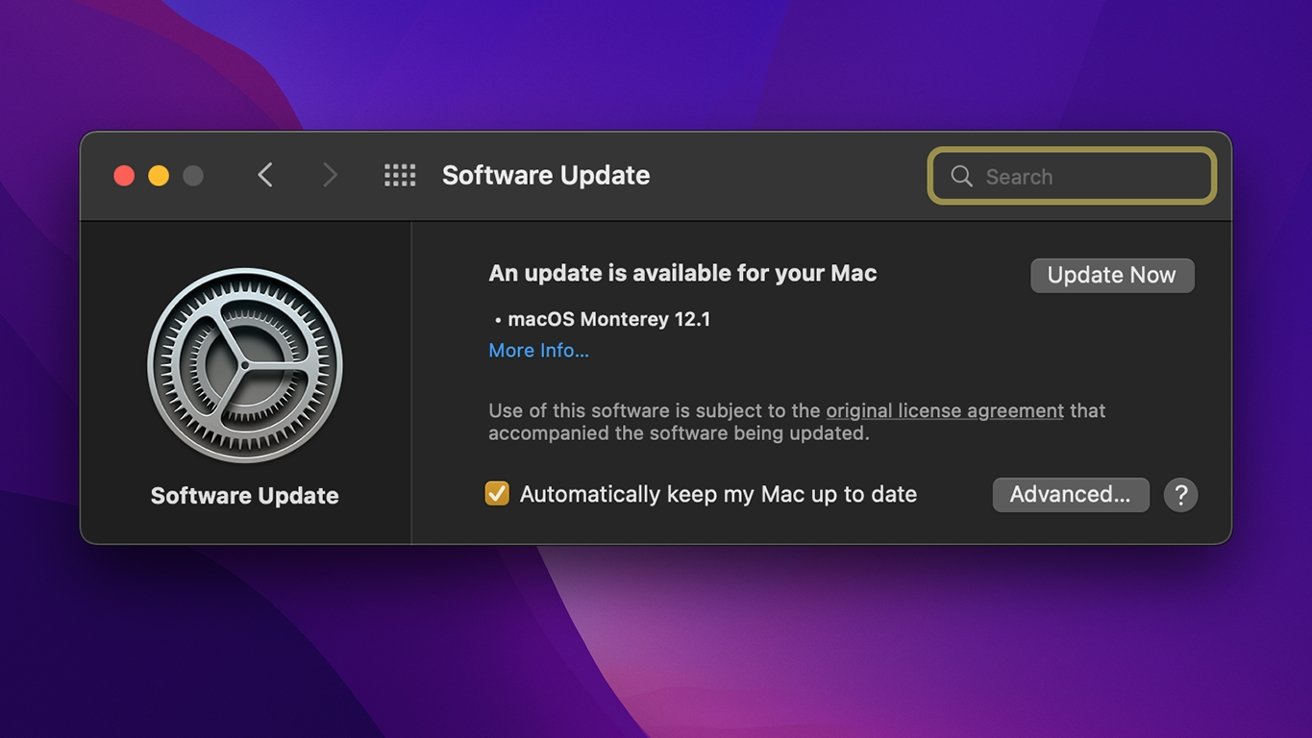 On Monday, Apple released an update for macOS Monterey 12.1, which brought SharePlay, Hide My Email, Apple Music Voice, alongside the usual battery of bug fixes.

However, as 9to5Mac has pointed out, not everyone is seeing the update. Certain users, specifically those with M1 Macs, are not prompted to download the update when viewing System Preferences.

The issue was also reported on Reddit's r/MacOS board, with users saying that it seems to affect some M1 Mac users, but not others.

Additionally, Microsoft Senior Cloud Developer Advocate Christina Warren reports that downloading the installer from the Mac App Store stalls out halfway through. Other users have verified this issue, leaving affected users without an easy workaround.

Yeah, it won't even load -- and downloading the installer got me stuck at 52 minute mark. Sigh.

Reddit posters have suggested that particularly impatient users suffering from the issue can boot into Recovery and reinstall macOS. The Recovery tool will download the latest version of macOS. AppleInsider recommends that users ensure that they have a current backup should they use the Recovery tool method.