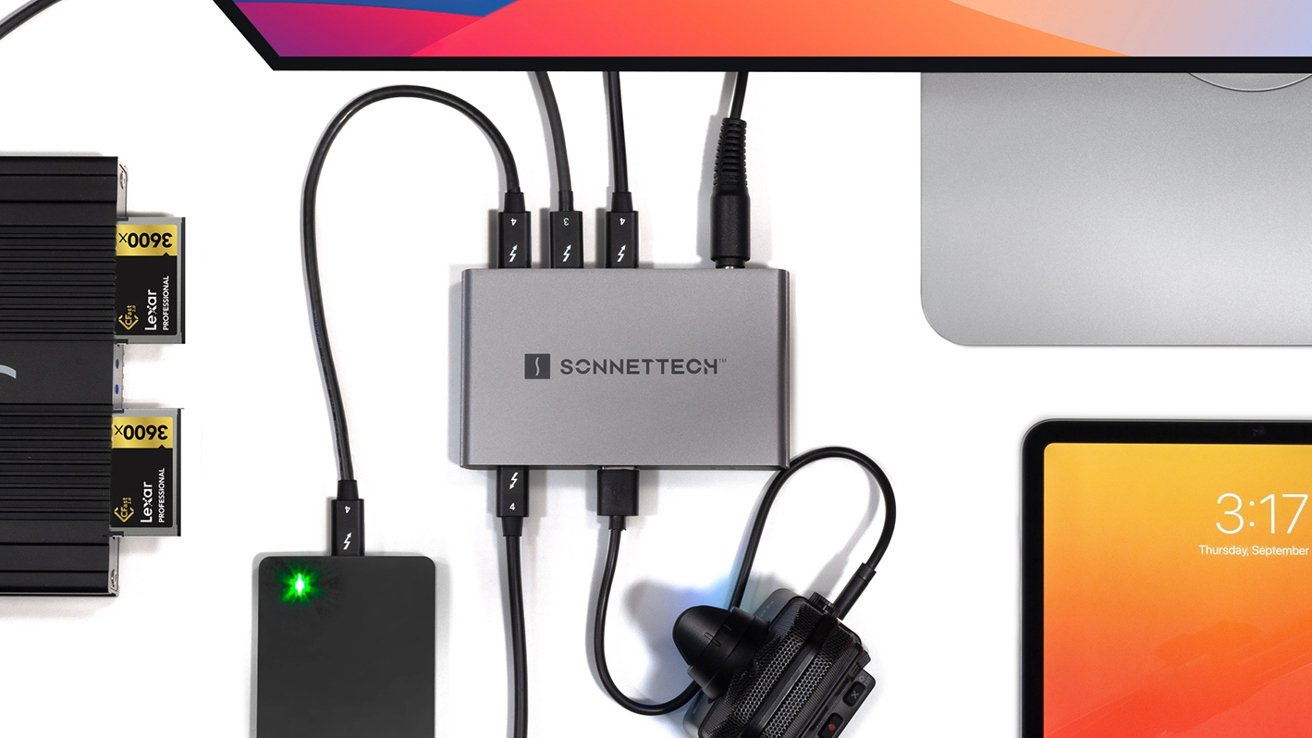 When used with an iPad Pro with a Thunderbolt port, the Echo hub provides users the capability to connect multiple devices to the tablet at the same time, while also charging it at full power. Users may also connect a single display with resolutions up to 6K to mirror the content on the iPad's built-in display.

The Echo 5 Thunderbolt 4 Hub is available now from Sonnet at the suggested retail price of $199.99.