AppleInsider
Posted: January 15, 2022 9:45PM
in iOS
A developer has come up with a way to get CarPlay running on a Tesla, with a workaround allowing drivers access to their iPhones while behind the wheel. 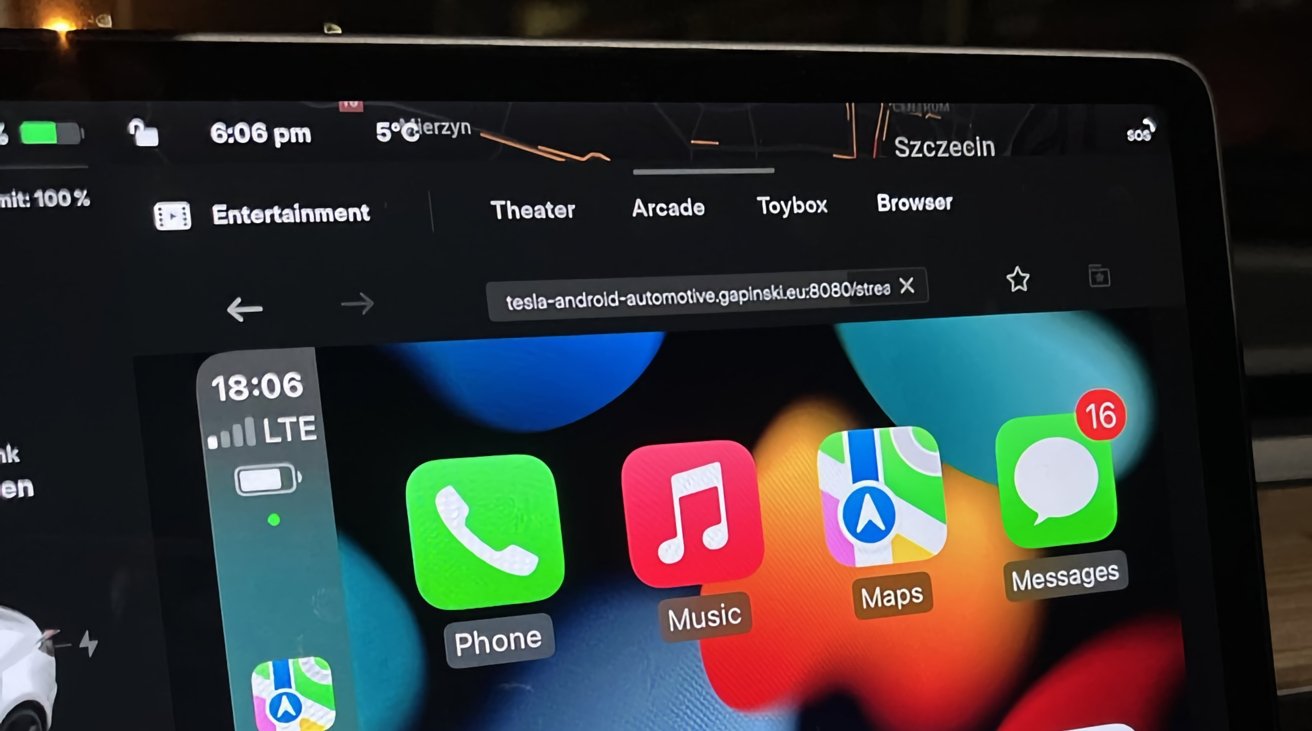 While Apple's CarPlay is available for many car infotainment systems, it has never been officially allowed to run on a Tesla's in-car display. Though it is plausible to install an aftermarket head unit that has CarPlay support, Polish developer Michal Gapinski came up with his own way.

In images and video posted to Twitter on Friday, Gapinski shows his Tesla running CarPlay on the display of his vehicle. The clips, spotted by Tesla North show the feature as being quite functional, including Apple Maps and Apple Music.

However, rather than making any major changes to the hardware of the Tesla itself, Gapinski instead bypasses Wi-Fi restrictions so that the Tesla's browser can connect to a secondary device. In turn, the browser displays what is shown on the host device as a live video feed.

Steering wheel controls + current state of #teslaCarPlay on video. Next step is to improve Wi-Fi connection, the stream is 2x smoother when viewed on my laptop pic.twitter.com/0wFFUQQPkx

The developer explained that the project actually relies on a Raspberry Pi running a custom build of Android. That build runs an interface that works with CarPlay, enabling Apple's UI to be usable from the larger screen.

Gapinski says there are improvements to be made to the system, with the Wi-Fi connection requiring some refinement to make it smoother.

Currently in its early stages, the developer says he plans to release it to the public "when it's polished."

It seems unlikely that Tesla will adopt CarPlay in its vehicular software anytime soon, as it has a long-running feud with Apple, chiefly over the development of Apple Car. Each have repeatedly hired engineers from the other over the years.

The two CEOs are also seemingly open to attacking each other. Tesla CEO Elon Musk took jabs against Apple during one conference call, while Apple chief Tim Cook allegedly let loose an expletive over the suggestion of Musk becoming Apple's CEO in 2016.