AppleInsider
Posted: January 16, 2022 1:41PM
in iPhone edited January 16
In the latest Apple Crime Blotter, The latest on January 6 defendants who used the Signal app, an iPad was stolen along with a teddy bear, and UPS loses iPhone packages. 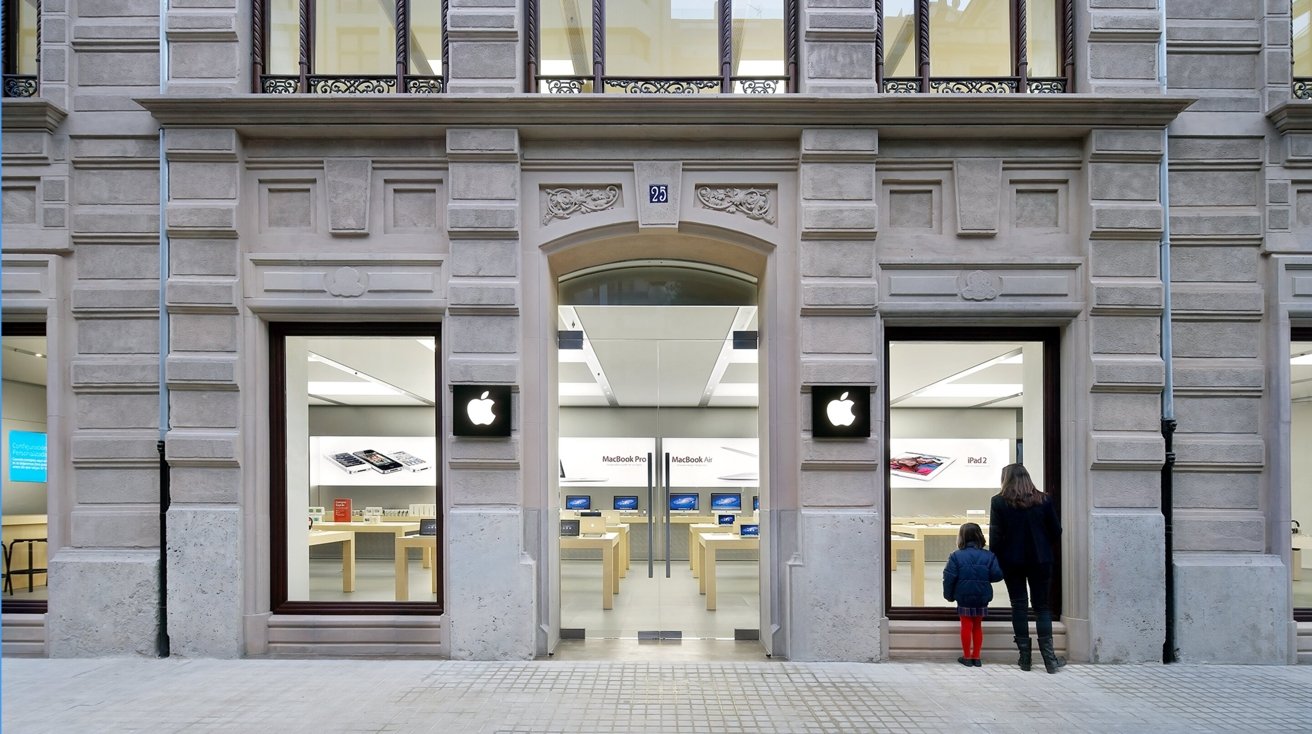 The Apple Store in Valencia, Spain

A gang of six men is suspected of carrying out a series of robberies of phone stores in Spain, traveling to each one in a stolen Porsche Cayenne. Euro Weekly News reports the men came away with 147 mobile phones, iPad tablets, and computers from the Apple Store on Colon de Valencia Street in Valencia.

According to the report, the crew uses axes and maces to break windows before clearing the stores out. So far, all of the robberies have taken place between 4 a.m. and 4:15 a.m.

Five arrested in robbery of Apple Store in U.K.

Five teenagers were arrested for a robbery of the Apple Store in Brighton in the U.K. that took place just before Christmas. According to The Argus, the five stole iPhones from the store.

All were arrested on suspicion of robbery, theft from a shop, dangerous driving, failing to stop, and participating in the criminal activities of an organized crime group.

There was another series of indictments on January 13 related to the January 6, 2021, Capitol riot.

The indictments, which represent the first to charge anyone with seditious conspiracy in connection with the riot, named a total of 11 people. This included the leader and several members of the Oath Keepers militia group.

While several January 6 indictments in the last year have specifically cited iPhone or iCloud evidence, this criminal complaint merely stated, per CNBC, that those charged had used encrypted Signal messages in their planning.

Federal investigators later obtained those messages, although it's not clear how.

Back in September, the FBI seized an iPhone belonging to a lawyer associated with the Oath Keepers group. That lawyer is not named in the recent indictments, and in fact announced in mid-January that she is now the Oath Keepers' acting president.

Two separate shipments of the iPhone 13 that were set for delivery to a specific UPS location in San Luis Obispo, Calif., were stolen repeatedly.

According to KSBY, two different men ordered the phones and had them shipped, only to find that UPS told them, twice each, that the packages had been stolen. The police department in San Luis Obispo is investigating, the station said.

A Wisconsin woman suffered a break-in of her rental car in Oregon in which she lost her iPad, laptop, and wallet. However, as she said in an interview, she was most bothered by another loss: Her beloved microchipped teddy bear.

Fox 6 Now reports the bear, which the woman has taken around the world, was stolen last September. Months later, after an arrest for a different string of thefts and with some help from the microchip, police reunited the bear with its owner.

In addition, per the report, police say the thief used the victim's iPhone to transfer $760 to herself via PayPal, while also ordering an Uber Eats delivery. Police later arrested a woman, who was charged with theft of property and ten counts of identity theft.

Police told the outlet that the Tesla was unlocked, but the owner denied it.

Three tourists from Israel were detained at an airport in Dubai for stealing duty-free products, alcohol, chocolate, and a gold-plated iPhone. The Jerusalem Post cited reporting from the Hebrew language publication Mako in reporting one of the three Israelis had also been questioned in connection with "a separate drug and theft-related crime."

Man arrested in theft of iPad, cash with help from Kentucky dance team

Some students on the University of Kentucky's dance team helped apprehend a man who had been accused of stealing from dorms at the university during winter break.

According to student publication Kentucky Kernal, two members of the team returned from a trip to a bowl game to find that someone had been in their rooms and had taken an iPad, cash, sunglasses and a safe.

Police searched keycards data and found the only person who had been in the rooms was a contracted maintenance worker, who was later arrested.