New iPad Pro in the fall could have Apple Silicon M2 chip, maybe not MagSafe

AppleInsider
Posted: January 23, 2022 6:49PM
in iPad edited January 23
Apple's next refresh for the iPad Pro could happen in the fall, a leaker claims, and while it is likely to have an M2 chip, there's some doubt about wireless charging. 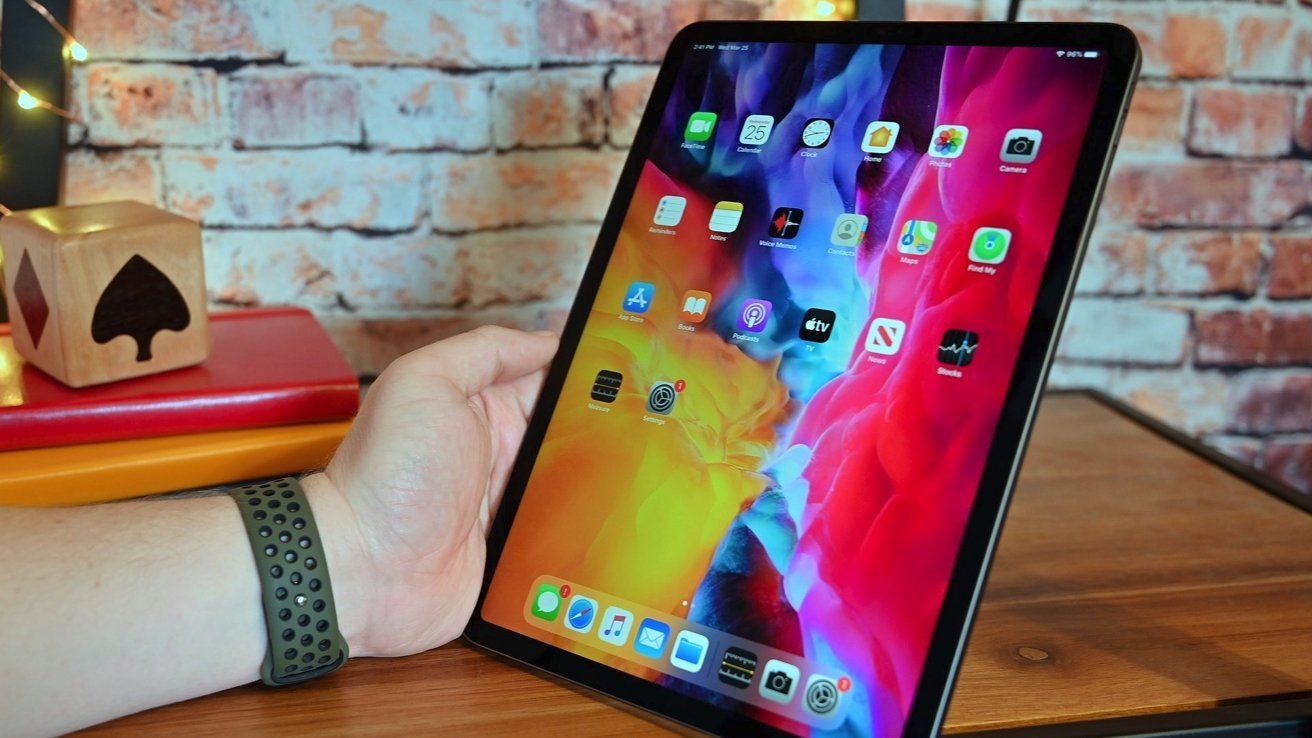 Apple is anticipated to update its iPad Pro lineup, made of the 11-inch iPad Pro and 12.9-inch iPad Pro, sometime in 2022. In a tweet from a reputable leaker, it seems that it will be happening later in 2022.

The Sunday tweet by @Dylandkt starts by stating "The M2 iPad Pro is coming in the Fall," indicating it should be among the raft of product announcements also expected to occur in that season.

With the current iPad Pro models using the M1 chip, an M2 upgrade seems plausible as an addition to the model. In July, it was reckoned that TSMC could use a 3nm process for chips destined for the model, which could end up being used in the next Apple Silicon update.

The iPad Pro isn't the only product expected to get the M2. There have been claims the 14-inch MacBook Pro could have M2 in an update in thesecond half of 2022, and in early 2022 in a MacBook Air refresh, among other upgrades.

The M2 iPad Pro is coming in the Fall. I have heard nothing but concerns from multiple sources with regards to its Wireless Charging/MagSafe capabilities. All iPad Pro models will have a MiniLED display. AirPods Pro 2 are also on track for a Fall release.

While January rumors pressed the idea that the iPad Pro could use a glass Apple logo as a way to enable MagSafe charging, Dylandkt offers that the feature may not make it in 2022. "I have heard nothing but concerns from multiple sources with regards to its Wireless Charging/MagSafe capabilities," the leaker writes.

For the display, it is said that the 11-inch model will finally benefit from the mini LED-backlit display as used in the 12.9-inch iPad Pro, as "all" models will supposedly have the display technology in the next generation. This tracks with other forecasts from mid-2021 from analyst Ming-Chi Kuo.

The tweet didn't just cover the iPad Pro. The last line states "AirPods Pro 2 are also on track for a Fall release," indicating an update to the wireless earphones is also inbound.