AppleInsider
Posted: February 4, 2022 5:00PM
in iPod + iTunes + AppleTV
New users can now only get one month's free trial of Apple Music, although buyers of eligible Apple devices continue to get six months.

Three years after it first appeared to be planning to shrink its free trial period, Apple Music has finally reduced it to one month. New users get one month's free trial, instead of the previous three months, although buyers of AirPods and other devices still get six months.

Apple Music's terms and conditions on the official site now make no mention of a specific period. But as late as January 2022, the banner headline was "Enjoy 3 months on us," and it's now "Start your free trial today."

New users who click to sign up for the trial are now notified that they get, "1 month free, then $9.99/month." 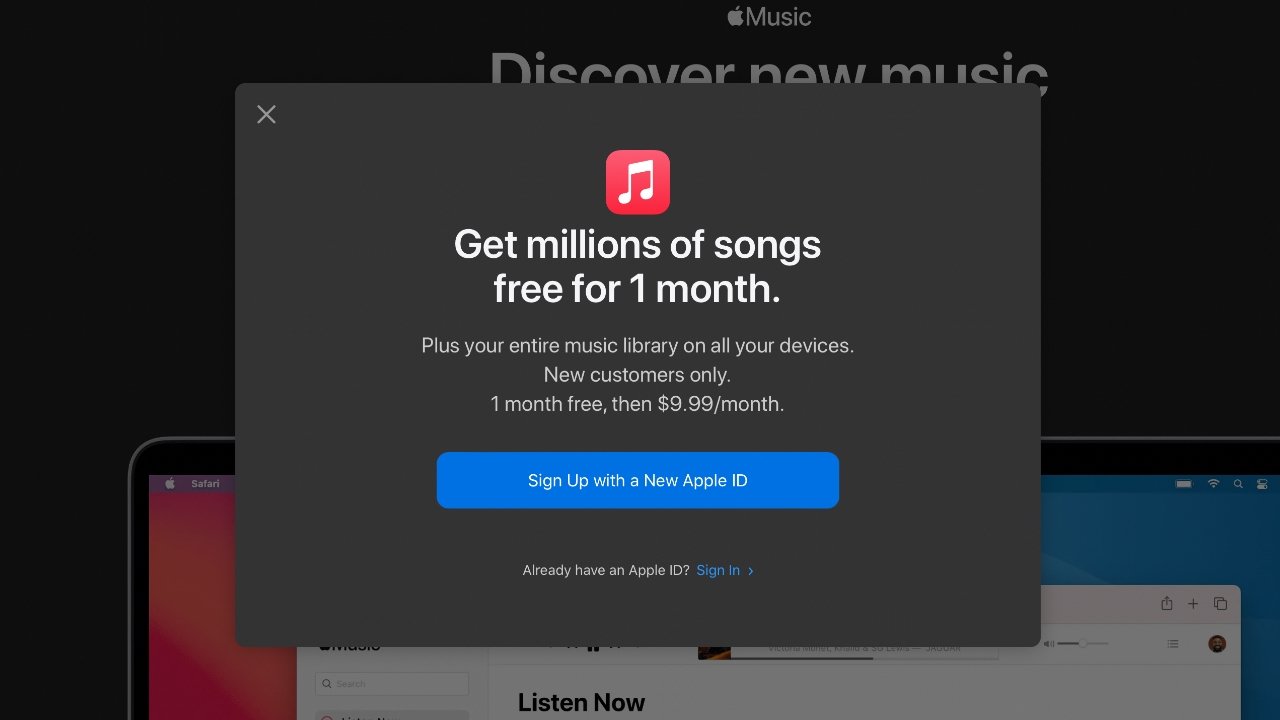 New users are now told the trial lasts for one month

Aside from offers such as the extended one for buyers of Apple headphones, Apple Music has been offering a three month free trial since it began in 2015.