AppleInsider
Posted: February 7, 2022 6:05PM
in General Discussion
Sketchy rumors say Tesla has been developing an App Store that would feature on the cars' touchscreen control panel. 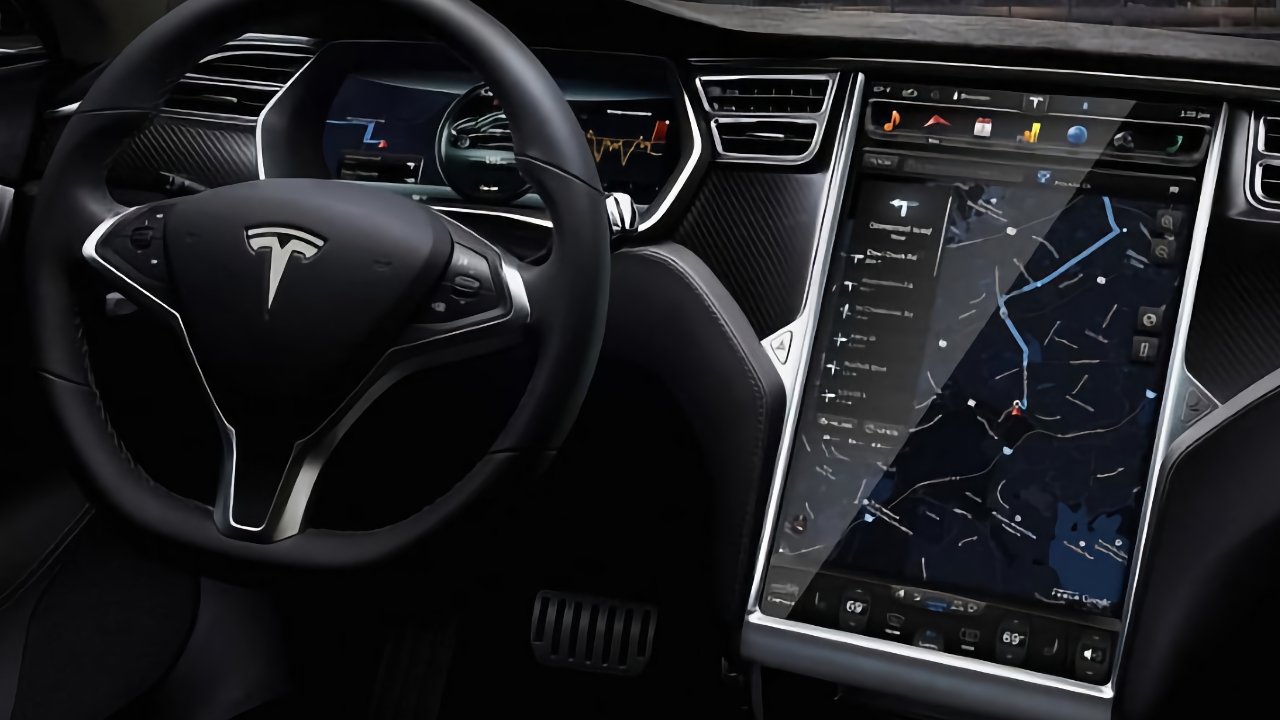 Even as Elon Musk backs Epic Games and calls Apple's App Store, "a de facto global tax," it's said that Tesla is working on its own rival. Rumors were initially started when Tesla released an update that allowed for a customizable icon bar at the foot of the touchscreen.

According to TheDriven, though, an investor the publication describes as being "in the know," has been hinting about Tesla App Store. Investor Sawyer Merritt tweeted a video of Steve Jobs unveiling the App Store, and said it is coming soon.

Rumor has it something similar is coming soon to something with four wheels that starts with a T https://t.co/qBGPzZpbdE

Merritt has not specifically said that there is a Tesla App Store. And Tesla has not announced one, but Elon Musk has recently tweeted that, "Tesla is as much a software company as it is a hardware [one]."

TheDriven quotes other sources saying a Tesla App Store will launch before deliveries of the company's Cyber Truck. None have strong evidence, however, so it may be nothing more than guesswork.

Or it could be Tesla itself, floating a trial balloon to see what interested there could be in an App Store.

If drivers are interested, and given the opportunity to buy apps, the next question is whether this could be how Tesla will finally support Apple's CarPlay.