AppleInsider
Posted: February 15, 2022 5:01PM
in iPod + iTunes + AppleTV
Apple Music executives say that more than half of its subscribers are listening in Spatial Audio. 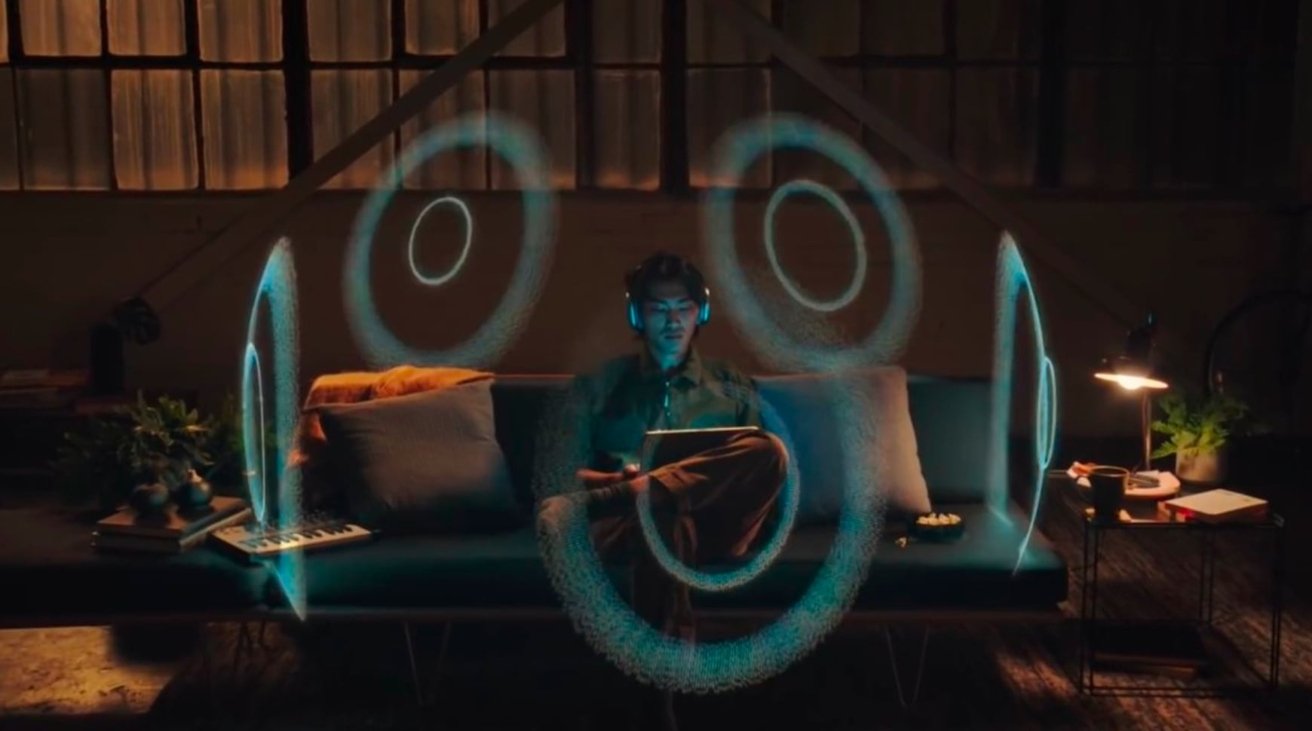 Apple's Spatial Audio feature of Apple Music was launched in late June 2021, after its announcement at WWDC, and brings a more immersive sound to the service. Now Apple executives have been sharing selected statistics, and talking about how Spatial Audio is being appreciated by listeners.

According to Billboard, Apple says that record labels which remaster in Spatial Audio are seeing large increases in the number of listens.

For example, "The Weeknd" re-released the 2016 album "Starboy" in Spatial Audio, and first-time listeners increased by 20%. That's over the eight weeks following launch, compared to the eight weeks before it.

Using the same measure, Billie Eilish saw the same growth for her "When We All Fall Asleep, Where Do We Go." Post Malone's "Hollywood's Bleeding" had 40% more listens, and Taylor Swift's "Lover" gained 50% more.

Apple says that the increases are not confined to relatively recent music, either. "Here Comes the Sun," by "The Beatles," increased its first-time listeners by 50%. Then 40% of those listeners went on to play more music by the band.

"We're seeing huge uptick in artists' back catalog off the basis of them re-engaging their fans with a new way of listening to the music," Rachel Newman, Apple Music's global head of editorial and content, told Billboard. "Part of the key has just been making sure that [Spatial Audio is] highly accessible for all kinds of artists at all different levels."

Apple sees Spatial Audio as a differentiator between Apple Music and its rivals, and more so than it does Lossless music. Every song in the Apple Music library is now available in Lossless, but Apple's Oliver Schusser, vice president of Apple Music and Beats, says it's necessarily a niche.

"[The] challenge is it doesn't play on any headphone in the world over Bluetooth or any wireless connection," he said, "and that is by a country mile the number one way how people consume music these days."

"And so," continues Schusser, "we went out and said we would like to have a feature for the mass market that works on pretty much every device and where people notice a difference."

"We now have more than half of our worldwide Apple Music subscriber base listening in spatial audio and that number is actually growing really, really fast," he adds. "We would like the numbers to be higher, but they are definitely exceeding our expectations."

Apple has not released precise figures for how many tracks are available in Spatial Audio. However, according to Billboard, the feature launched with a few thousand tracks, and has since grown sevenfold.