AppleInsider
Posted: February 24, 2022 1:57PM
in iPad edited February 24
The white Magic Keyboard for iPad has been around for a while now, but how has it fared for serious writing duties for six months? 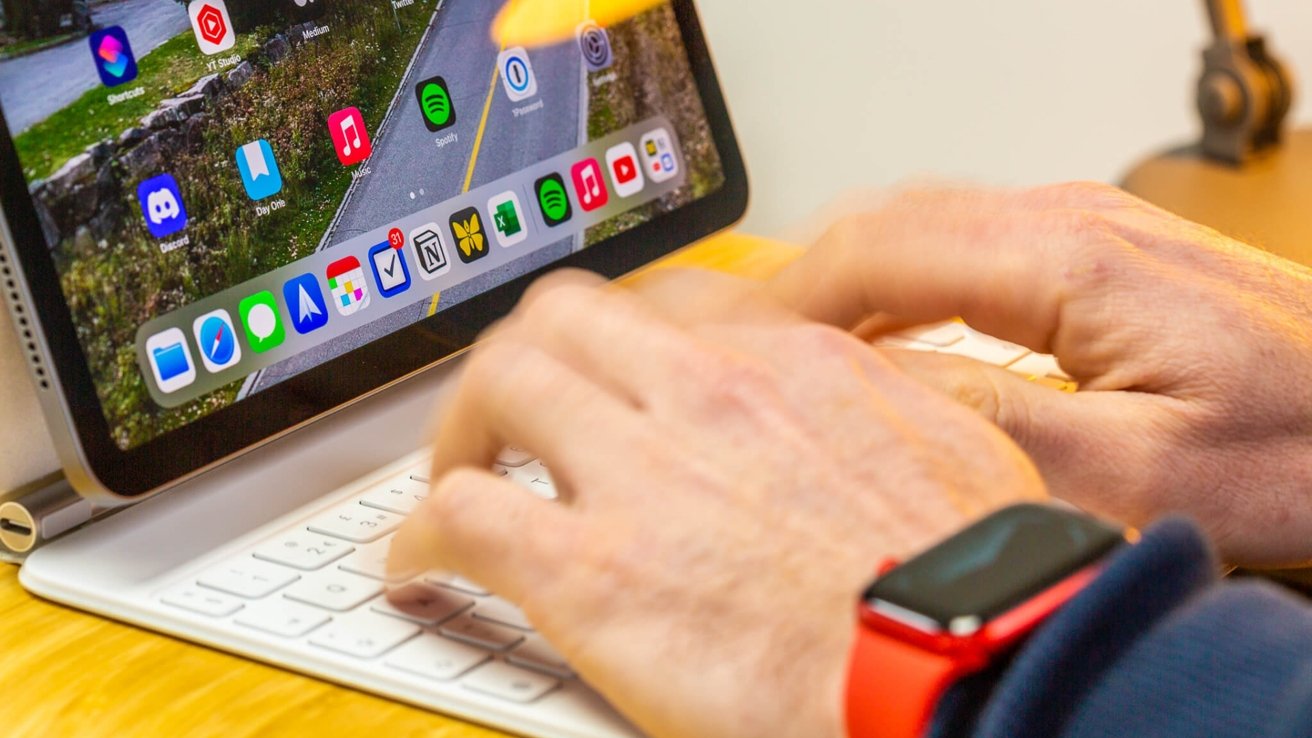 The Magic Keyboard for iPad was something of a surprise when it launched in March 2020.

Arriving in time to make use of the equally unexpected cursor support for iPadOS, the Magic Keyboard was initially only compatible with the 2020 iPad Pro line.

In April 2021, it was updated to cater for the slightly thicker 2021 iPad Pro and to include a white variant alongside the existing black version.

The Magic Keyboard was an immediate hit with reviewers. Although expensive, Apple's official accessory offered ultimate convenience thanks to the absence of manual Bluetooth connectivity and its combined function as an iPad case.

But after six months of using the white model for writing, how does it hold up? And, more importantly, is the iPad/Magic Keyboard combination a worthy alternative to the M1 MacBook Air?

Six months of use: the durability factor

The Magic Keyboard featured in this review is the 11-inch white version.

Over the last six months of using the White Magic Keyboard for iPad, it has been thrown into bags, placed on gross coffee shop tables, and left on the kitchen side. The case is largely free of marks or blemishes despite the day-to-day abuse. 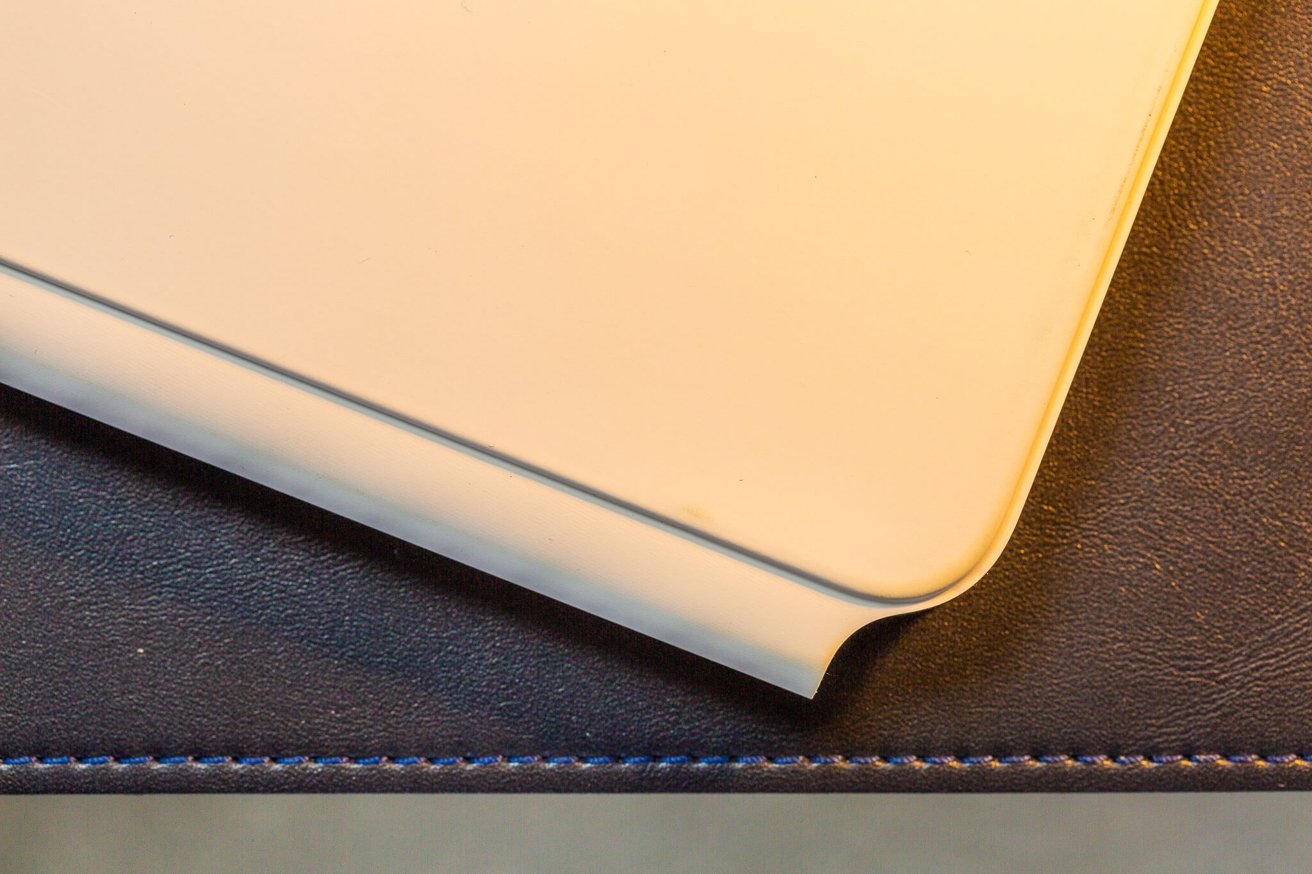 Scuffs and marks can be easily wiped off

There are some minor stains, but they have historically been wiped off with the right cleaning fluid and a bit of elbow grease. The external corners are worst affected, but, again, the blemishes aren't permanent.

Certainly, if you're the sort of owner who regularly cleans their tech, it wouldn't be hard to keep the white Magic Keyboard looking as good as new.

The keyboard is in equally fantastic shape. There's a distinct lack of the shiny appearance that often plagues MacBook keyboards after heavy use. This is impressive when you consider that this particular Magic Keyboard is put to task to deliver several thousand words each week. 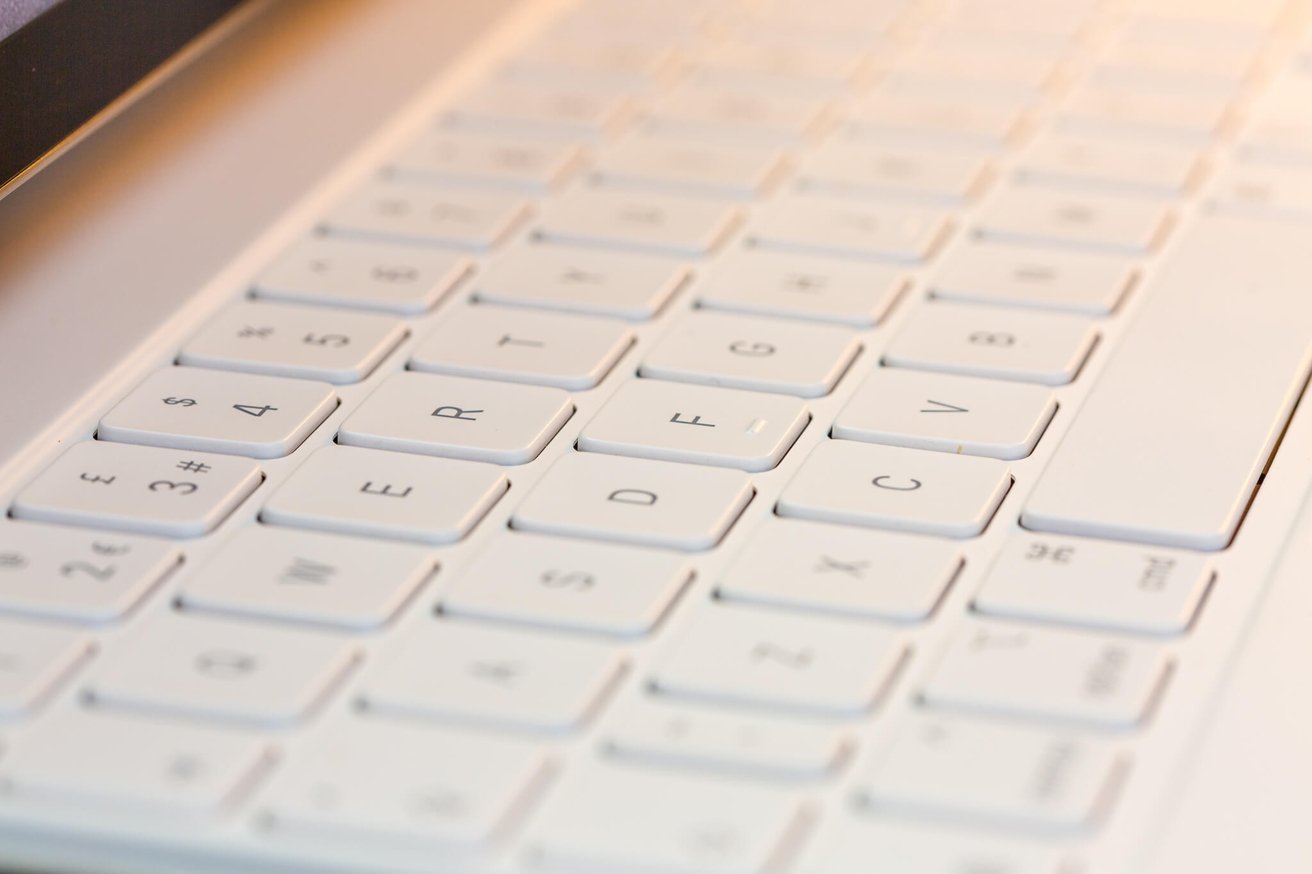 The keys haven't been aged from extensive use

Every moving part of the Magic Keyboard feels as tough and precise as the day it arrived. The bottom hinge remains pleasingly stiff, and the adjustable viewing angle is still as stable and adjustable as it should be.

The Magic Keyboard has often been criticized for its bulk and weight, but this arguably works in its favor when it comes to wear and tear. This thing is built like a tank.

The keyboard and trackpad

Keyboards are a very personal thing. Some users like the short travel of a MacBook, while others prefer the depth of a fuller keyboard.

The Magic Keyboard is a relatively easy keyboard to get used to. Given the incredibly shallow base on which it sits, Apple has done well to provide just enough travel to make it feel satisfying. 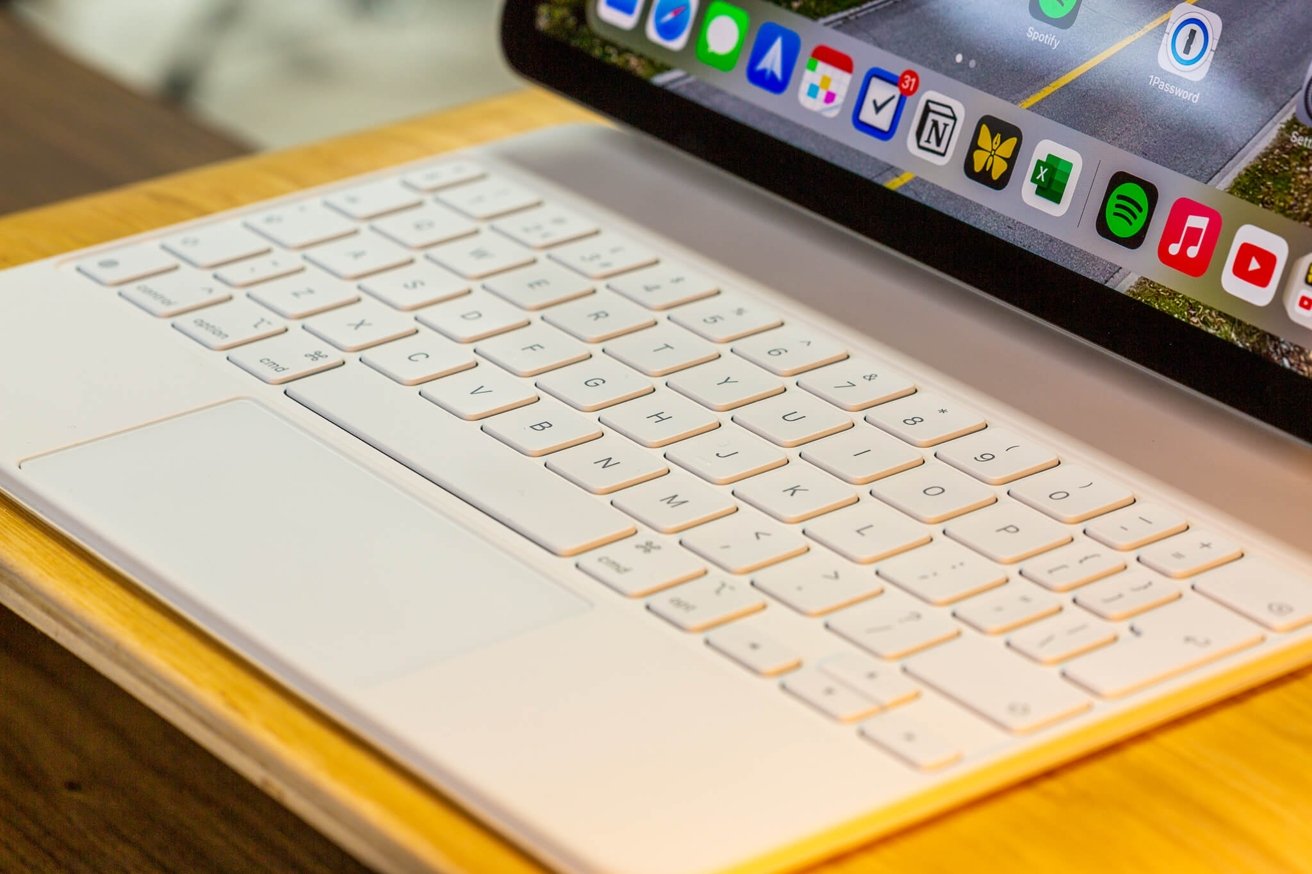 The keyboard and trackpad are just as responsive as day one

Accidental key presses are kept to a minimum thanks to the full-sized keys and adequate spacing between them. There's just enough resting room for your palms to make the typing experience comfortable (the slightly rounded edges of the case help here), and it's easy to make your way around the keyboard without too many finger gymnastics.

The Magic Keyboard lacks function keys, which rarely halts this writer's flow. However, that lack can be bothersome when switching from a MacBook to the iPad and Magic Keyboard combo.

If future iterations offered function keys for brightness, volume, and multitasking, that would represent a significant upgrade in convenience.

The only slight irritant with the keyboard is the proximity of the top row of keys to the bottom of the iPad. When angled comfortably, it's all too easy to consistently hit the corner of the iPad while reaching for the backspace key. Again, this won't halt your progress, but it does make the package feel rather more cramped than it needs to be.

The same goes for the trackpad. As much as the presence of a cursor is a wonderful addition to iPadOS, the 11-inch Magic Keyboard's trackpad is slightly too small. It feels cramped, and you soon run out of travel while scrolling through your work or making your way around the screen with the cursor.

Apple has limited space to play with, of course, given the footprint of the parent device. A half-height top row of keys would create room for a slightly larger trackpad and likely reduce the instances of accidental iPad bashing while deleting words.

The 11-inch Magic Keyboard is slightly heavier than the iPad Air 4 to which it has been attached for this long-term review. Despite this, when you combine the two, the resulting device is still shy of the M1 MacBook Air's 2.8 pounds. 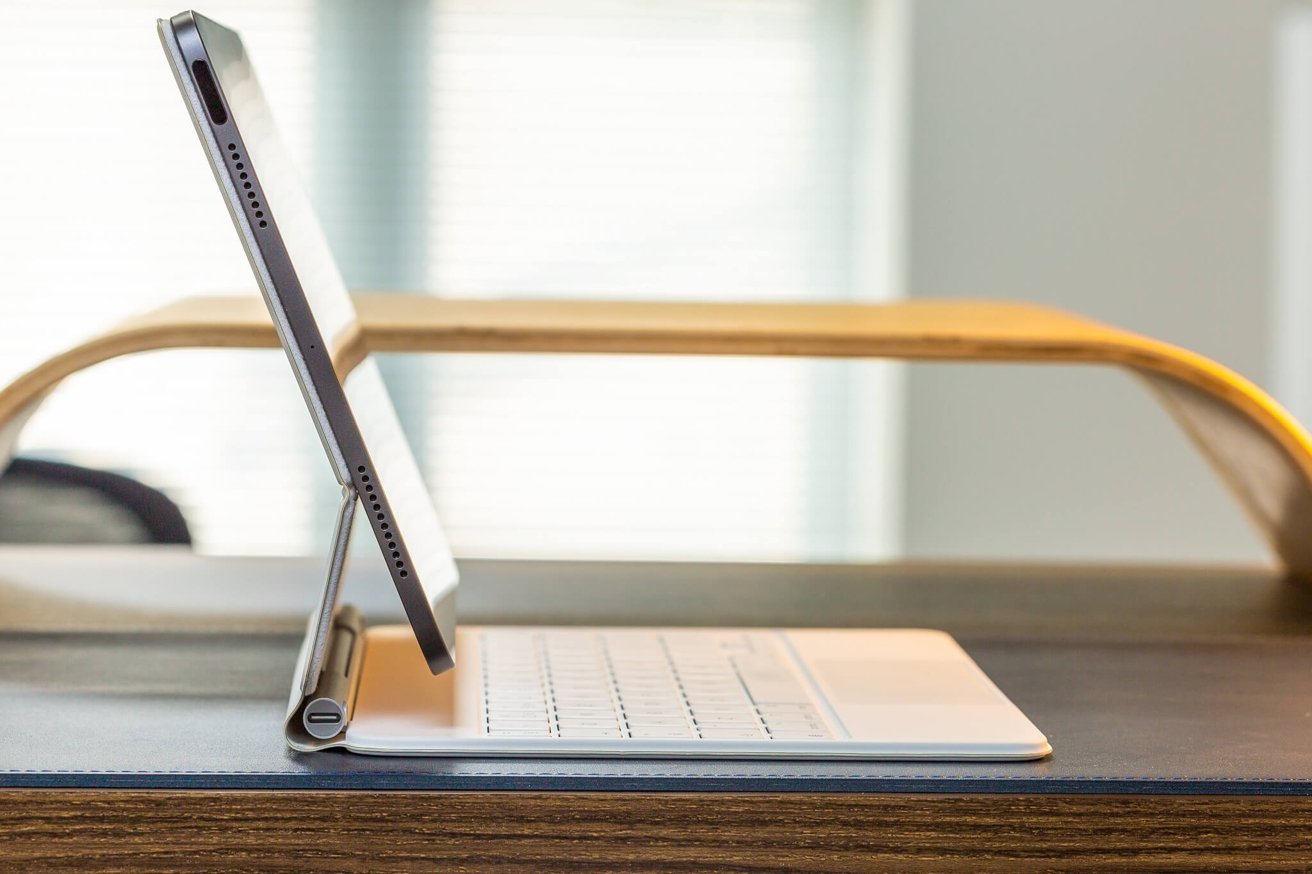 So, even though you double the weight of your 11-inch iPad Pro or iPad Air when the Magic Keyboard is attached, it remains perfectly portable.

The 12.9-inch version does start to get a little cumbersome. Combine that accessory with the biggest iPad Pro, and the total weight stands at 3.1 pounds. That makes it heavier than the M1 MacBook Air, and about the same as a 13-inch MacBook Pro.

If you do a lot of your writing on the road and move frequently between locations, the 11-inch Magic Keyboard offers far more convenience than its big brother. It wasn't a burden at all over the last six months of use.

The Magic Keyboard scores somewhat lower as a laptop replacement in the truest sense.

The 11-inch version is only just wide enough to straddle your lap, and the limited tilt available for the iPad means you must sit at a precise angle to avoid neck strain. 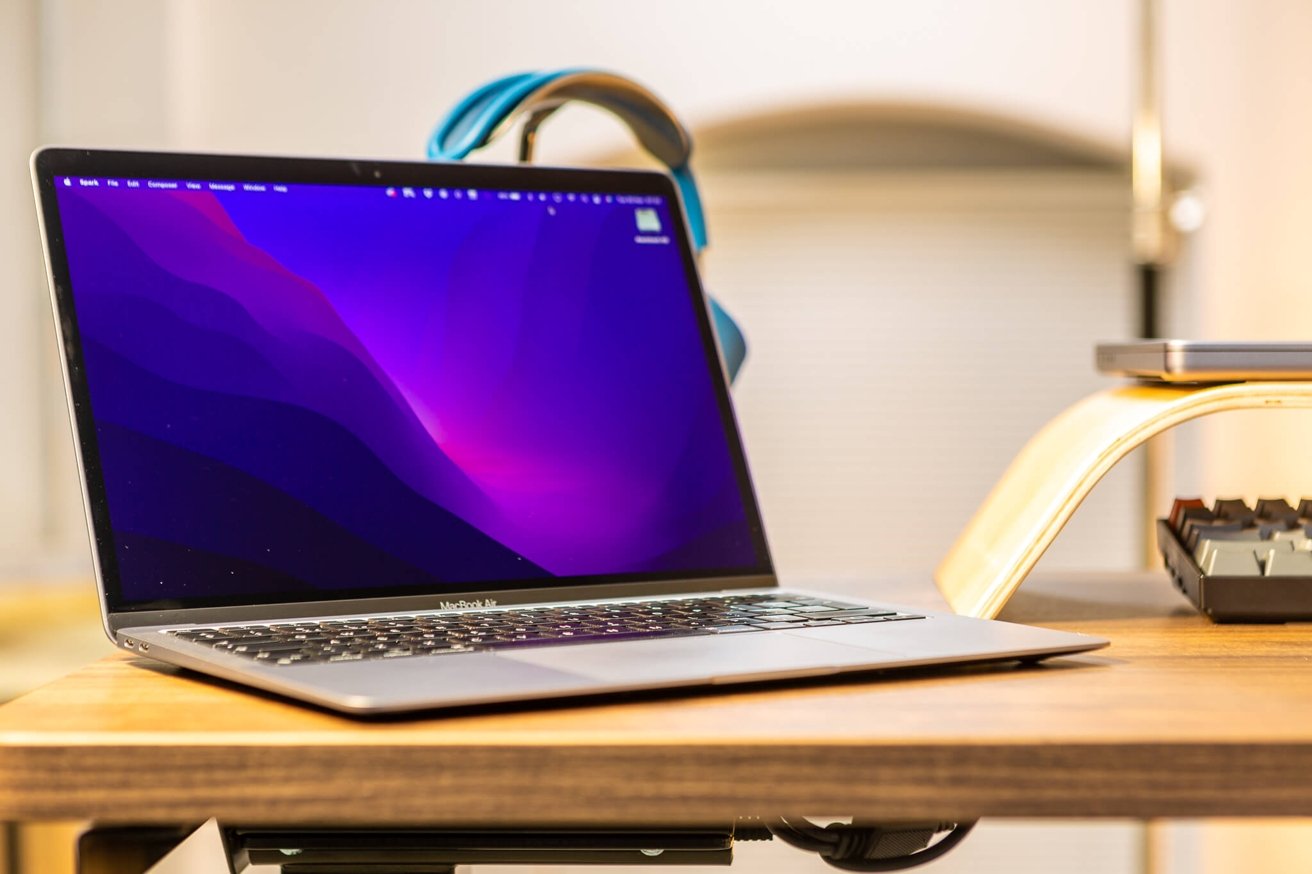 The MacBook Air is a more ergonomic laptop

This is where the iPad and Magic Keyboard combination falls short of the brilliant M1 MacBook Air. But that comparison is a little unfair. These are, after all, two very different devices running entirely contrasting operating systems.

Combine an iPad Pro or iPad Air with an 11-inch Magic Keyboard, and you've got both the best tablet on the market and a very competent writing tool.

Indeed, if you need to invest several hours each week into writing thousands of words, the focus afforded by iPadOS and the full screen nature of its apps makes getting into a flow state far easier.

By comparison, the M1 MacBook Air is a laptop, through and through. It's also powered by a far more customizable operating system that's more than likely to interrupt your flow than iPadOS.

If you pair the iPad and Magic Keyboard combination with a distraction-free writing app like Ulysses (which was used for the duration of this review), there's nothing quite like it.

Short term is fine, but we'll have to see about years of use

How the 11-inch Magic Keyboard holds up after years of use remains to be seen. It still looks relatively new after six months of hammering away and many tens of thousands of words on the white model. 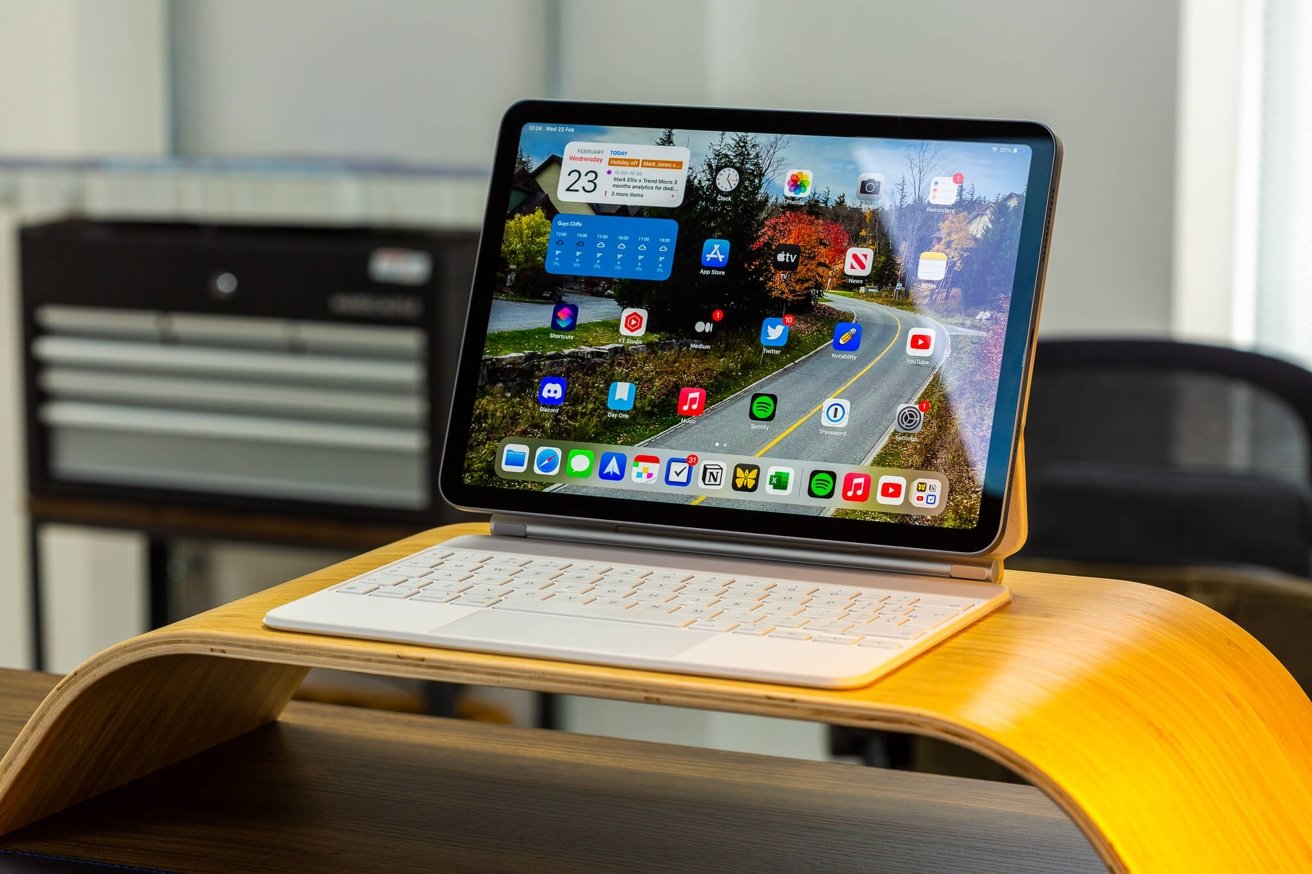 The keyboard has been faultless and does an admirable job given the space constraints. Minor complaints aside, it's a joy to type on, and combined with distraction-free writing, it will help professional and hobbyist writers craft more words than ever before.

But it's the convenience and undeniable magic offered by this accessory that makes it such a brilliant addition to your iPad. There are no Bluetooth shenanigans to be frustrated by, and the build quality makes it a joy to open, adjust, and carry around.

The white version is quite a looker, too.

If you're in the market for an iPad keyboard and intend to commit thousands of words to it each month, the Magic Keyboard's price tag will pay you back handsomely in time saved and writing goals achieved.

Apple's Magic Keyboard for the 11-inch iPad Pro retails for $299, but is currently on sale at Amazon. You can also pick up the handy accessory at B&H Photo with free expedited shipping within the contiguous U.S. at press time.

Those looking to add the Magic Keyboard to Apple's 12.9-inch iPad Pro can pick up the latest version at Amazon for $299.98 at time of publication, which is $50 off MSRP.