AppleInsider
Posted: March 28, 2022 2:05PM
in General Discussion edited March 28
Samsung has opened up preorders for its Smart Monitor M8, a screen with a minimalist appearance that is available in a range of colors, a design choice echoing Apple's 24-inch iMac. 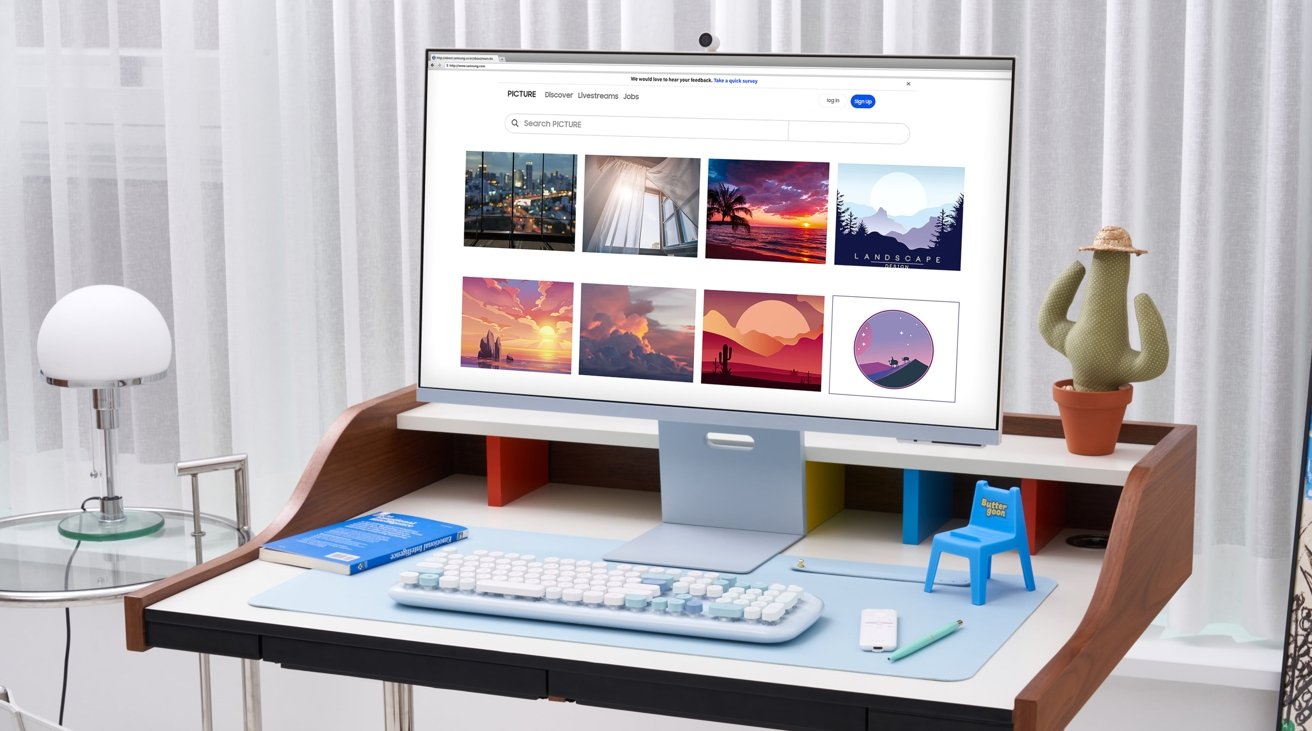 Initially launched in January, the M8 is a 32-inch smart monitor that offers a few more features than the typical computer display. Instead, it performs double-duty as a smart TV, with it able to stream content independently of whatever device is connected to it.

While it was previously shown in white and sporting a 24-inch iMac-style stand, it seems that Samsung is leaning in to that design choice by offering multiple color options. Warm White is joined by Sunset Pink, Daylight Blue, and Spring Green.

In keeping with its minimalist appearance, the 1080p SlimFit Cam is a removable add-on that attaches magnetically to the top of the display. Face tracking and auto-zoom functions enable it to provide Center Stage-like functionality for recording videos and for video conferencing. 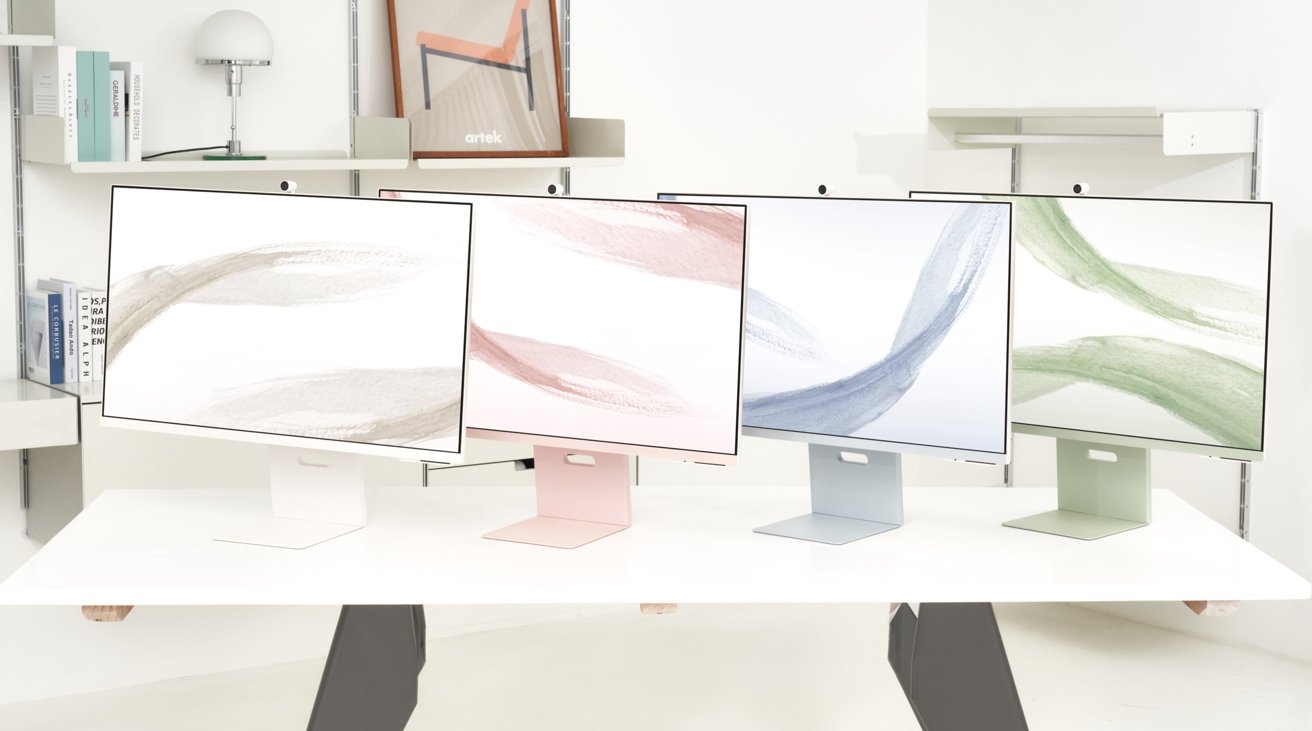 The Smart Monitor M8 is capable of running its own apps, including smart TV services and calling apps such as Google Duo. It can connect over Wi-Fi 5 and Bluetooth 4.2, while audio is handled by a 2.2-channel 5W speaker arrangement, as well as a far-field voice microphone with support for Bixby and Amazon Alexa.

With built-in AirPlay and Samsung DeX support, it can mirror content from an iPhone or a Samsung device. The screen also counts as a SmartThings Hub, providing a way to connect to compatible IoT devices.

Connectivity options include one micro HDMI port and two USB-C ports, with one used to provide up to 65W of power delivery as an upstream connection. There's also an in-box remote control for the screen, which can be charged using USB-C.

Preorders for the Smart Monitor M8 have commenced around the world, with the white option priced at $699.99, and other colors at a slightly higher price. Samsung has not disclosed when the monitor will ship to consumers.