AppleInsider
Posted: April 28, 2022 6:02PM
in iPhone
Images of the display panels for the "iPhone 14" lineup have been shared online showing off the new pill-and-hole cutouts. 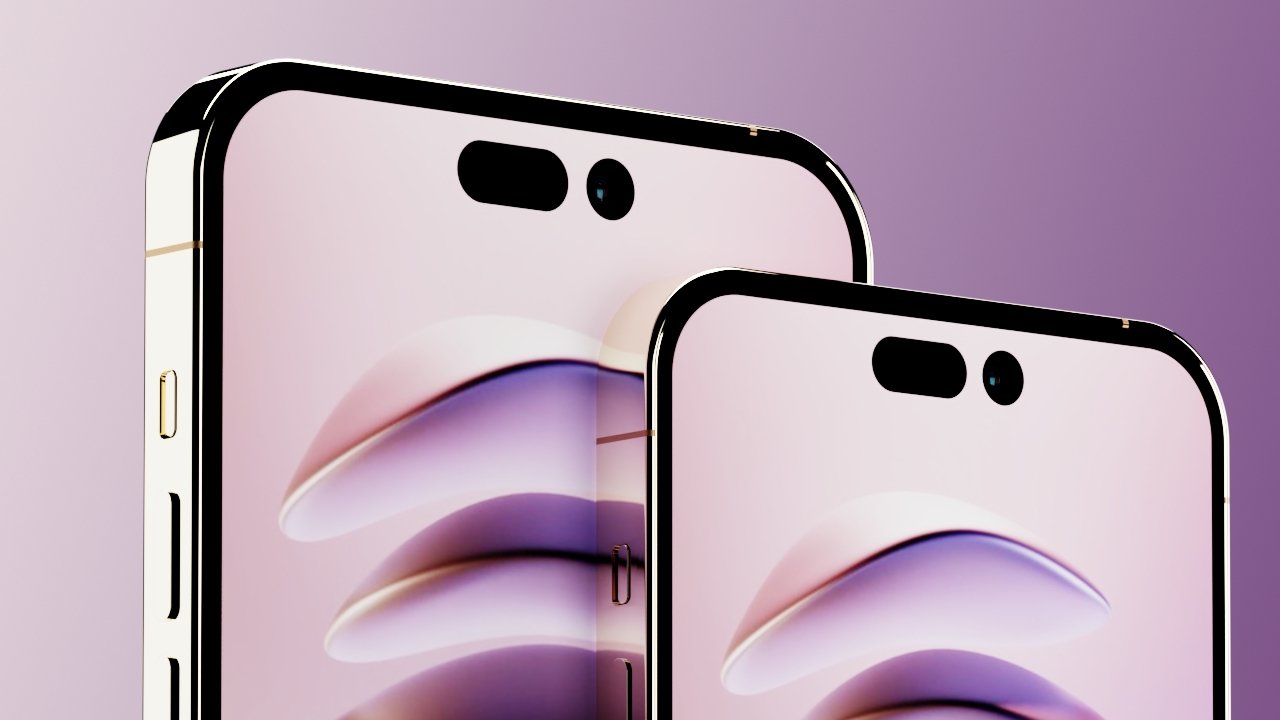 Manufacturers are preparing for mass production of the "iPhone 14," so parts are sure to begin leaking out. A photo showing off the potential display panels for the "iPhone 14" was shared on Chinese social media website, Weibo, which have given us the best look at the new design yet.

The image was shared on Twitter by user @SaranByte and first reported by 9to5Mac. The image shows thinner bezels and a taller aspect ratio for pro models.

iPhone 14 front panels have leaked on Weibo - here are the changes to note:
1) thinner bezels on the Pro models, as reported by other sources
2) aspect ratio is also slightly different on the Pros (19.5:9 to 20:9); this corroborates with 9to5Mac's report regarding taller displays pic.twitter.com/UtqNcBB9aP

The thinner bezels on the pro models line up with previous rumors. And as the "iPhone 14" 3D-printed models showed, the display corners appear more rounded.

This leak is our first look at an alleged official rendition of the pill-and-hole cutout. The cutout is expected to be used on the "iPhone 14 Pro" models and will replace the notch.

It isn't clear if these leaked panels are final designs or sample products for proof-of-concept production testing. Apple is expected to announce the "iPhone 14" lineup in September during an Apple event.