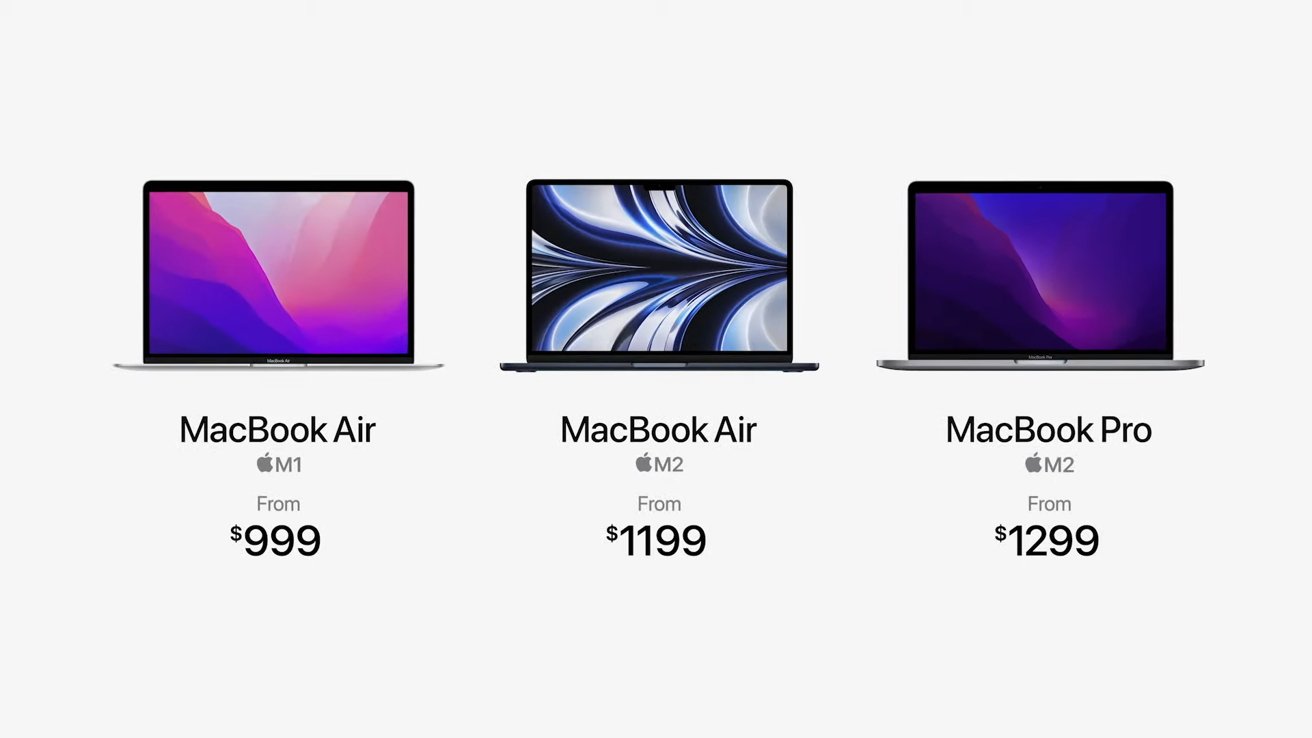 At WWDC 2022, Apple has announced that the brand-new M2-powered MacBook Air will be sold alongside the M1 variant, with the latter's price and configuration options unchanged at $999. The 8-core GPU configuration for the M1 version has been removed from sale, leaving only the binned 7-core model as the sole GPU option.

The 8GB or 16GB unified memory options, as well as the storage, keyboard, and software add-on options remain untouched and available for the exact same price as at launch.

The new M2 MacBook Air features a larger and brighter 13.6-inch Liquid Retina display that now features rounded corners. The 8-core GPU is now standard as part of the faster M2 processor, with the option to configure to a 10-core GPU.

M2 also supports up to 24 GB of unified memory, which is now available as a $400 upgrade from the standard 8 GB, and $200 from the upgraded 16 GB memory model. It also has a dedicated media encoder, which the original M1 lacks.

Both M1 and M2 models start at a 8-core CPU and a 16-core Neural Engine, 8 GB of memory, and 256 GB of flash storage. The only spec difference is the M2 now starts with an 8-core GPU instead of the 7-core standard of M1.

While the new MacBook Air offered many more features, it also carried a higher price tag. Certain buyers may prefer to go with a more budget-friendly M1 model. AppleInsider has partnered with Adorama to offer buyers up to $150 in savings when they use this cost-saving link with promo code APINSIDER to shop for an M1 MacBook Air.

The original Apple Silicon MacBook Air debuted in November 2020 as the first Mac centrally powered by an Apple SoC.